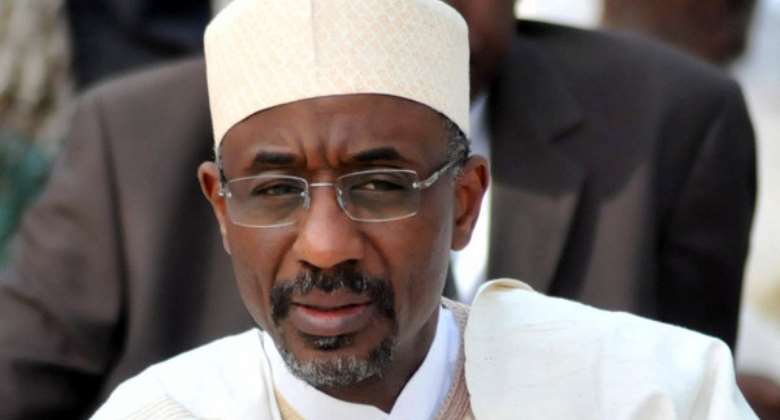 Muhammadu Sanusi II is the 14th Emir of Kano

It is obvious to all that Governor Ganduje of Kano State is hell-bent on deposing Sanusi Lamido Sanusi as the Emir of Kano, what is puzzling to me is the foolish silence of Northern elites.

Foolishness of the highest order is best words to describe the ungolden silence of northern Emirs, Ulamas, elites and leaders of thought as Governor Ganduje tries to destroy a critical traditional heritage of Northern Nigeria on a vindictive mission.

In December 2014, when some foolish Igbo leaders were celebrating a 2nd Niger Bridge that will be built by Public-Private Partnership and the Igbos tolled for 25 years while other bridges across Nigeria were built 100 per cent by the Jonathan Government, I wrote a widely publicized piece titled ‘Auctioning of 419 2nd Niger Bridge and the Jubilation of Igbo Fools’. This was preceded by another one titled ‘Fraudulent Construction of 2nd Niger Bridge, another 419 on Igbo Nation’ and I lambasted the foolishness of Igbo leaders who looked like charmed people while a bridge is constructed for Ndigbo, to be paid for by Ndigbo, with just 20 percent contribution by our kinsman Jonathan’s government. Luckily, Buhari Govt cancelled the PPP criminality and is building a bridge for Ndigbo with Nigerian money and has thus far committed over N60 billion naira to the project as against Jonathan’s N5 billion .

Therefore, the foolishness displayed by Igbo leaders during Jonathan era which also gave us a 419 International Airport without international facilities, has become the lot of northern leaders now as they watch like zombie while Ganduje destroys Kano Emirate.

The history of deposition of Emir is not new to Kano. Emir Sanusi’s grandfather was deposed by Sir Ahmadu Bello, Governor of Northern Nigeria over political differences. His grandson is about to be deposed by an ordinary governor of one of the 19 states that made up northern Nigeria.

Few years ago, former President Obasanjo connived with former Governor Aliero of Kebbi State to depose Major Mustapha Jokolo as the Emir of Gwandu because the later was critical of Obasanjo’s ‘do or die’ politics. Another of Jokolo’s crime was his closeness to General Buhari. Ten years before maximum ruler General Sanni Abacha had deposed Dasuki as the Sultan of Sokoto on the grounds that his son was among those fingered in coup against him. Babangida had earlier used military might to impose Dasuki on Sokoto Sultanate against the wishes of the king makers. I witnessed the uprising that greeted the imposition of Dasuki in Sokoto.

The issue of deposing Sultans, Emirs etc is dangerous to northern cohesion. Ex-Governor Kwankwaso hounded the late Emir of Kano, Ado Bayero until the old man died off. The same manner Ex Governor Modu Sheriff hounded the late Shehu of Borno El Kanemi until that man of peace left the earth. I was a witness to what the late Shehu El Kanemi saw in the hands of Ex Gov Modu Sheriff.

Thus the traditional institution which has given the north semblance of cohesion, unity and mystique is being torn apart at the whims and caprices of political criminals imposed upon he people by ‘do or die’ electoral malfeasance.

Today it is Sanusi, tomorrow it will be another person until the Sultan, Shehu, Lamido, Etsu and the rest Emirs and turned into political rags and houseboys by political neophytes who seized the reigns of governance through ‘undemocratic’ electoral backdoors. The north is in trouble.

Sanusi Lamido Sanusi is among the brightest minds in the north. During Babangida era, the scholarly credentials of Professor Jubril Aminu come to mind. During Obasanjo era,Mallam Nuhu Ribadu was very outstanding and got internationally acclaimed . During Yar’Adua-Jonathan era, Sanusi’s prowesses as distinguished finance manager got international attention.

Sanusi as a radical that he was has some nuisance value. In 2013 he ordered that some churches bank account be frozen until they get evidence of registration with the Corporate Affairs Commission, and EFCC money laundering clearance certificate. The furore was such that all efforts by the then President of the Christian Association of Nigeria, CAN Pastor Ayo Oritsejafor, to lift the lien failed woefully. The Christian body had already hired thirteen Senior Advocate of Nigeria SAN to drag Sanusi and CBN to court when the matter was brought to my notice. I wrote a report on how Sanusi froze account of churches which I sent to my media partners in Nigeria and overseas on the 22st of June 2013

Within 24 hours of the report being released, the CBN defreezed the accounts of all churches and spent over N50 million naira to sponsor denials in all major newspapers and radio, TV stations across Nigeria. The apex bank in a statement signed by its Director, Corporate Communications, Ugochukwu A. Okoroafor and issued on the 23rd of June in Abuja, the Nigerian capital, explained as follows among others ‘’That the CBN has NOT ordered the closure or freezing of the bank account of any religious body or any institution whatsoever as alleged in the publications and posts. There is, therefore, no iota of truth in these allegations’’.

Despite the above infractions, Sanusi has so many good qualities that at times I wish he were of Igbo stock. Sanusi blew the whistle that $20 billion dollars was missing from the Federation Account in 18 months from NNPC remittance alone. Jonathan and his team victimized Sanusi until they hounded him out of the CBN while the international finance world hailed him. Months after Sanusi’s revelation, Oby Ezekwesili former Vice President, World Bank African Affairs revealed that billions of dollars has been wasted. She was abused to high heavens by Jonathan’s men.. Months after Ezekwesili’s revelations, Professor Soludo, Sanusi’s predecessor at the CBN put the figure of stolen funds at $150 billion dollars within Jonathan era. I had months earlier put up my calculation of stolen funds during Jonathan era at $142 billion dollars.

Sanusi could have asked for his share of the missing $20 billion dollars and could be given $2 billion dollars to shut up. Sanusi as Emir of Kano, criticized in 2016 Buari’s forex policy. Sanusi said that “We have created our own billionaires since 2015 from foreign exchange subsidy.”

Continuing, Sanusi said: “For instance, when the CBN was selling dollar at N197 and people were buying at N300, if I sit down in my garden and pick up my phone I would have enough people to call in the industry to get 10 million dollars at officials rate and sell at N300 and make a profit of over N1bn and if I do that four times in a year. For doing nothing I would have earned N4bn..

.“And people were telling us that this policy was to help the poor. We should not devalue because if we do the poor people would suffer’’.

Criticizing Governor Ganduje’s light rail project Sanusi said “We have governors…“they go to China and spend one month on a tour and what do they come back with, MoU on debts.

Sanusi challenged Kano residents to defend themselves against Boko Haram and the terrorists plotted to assassinate him, bombed the Kano Central Mosque, killing over 200 persons inside the place of worship. Fortunately, their principal target, Emir Sanusi , travelled to London earlier in the day.

Therefore, it is dumbfounding that the entire northern establishment sits in silence while a corrupt governor Ganduje destroys the ancient prestigious Kano Emirate. Ganduje’s tenure will expire in 2023 but Kano Emirate lives for long. Ganduje’s fabled dollar based corruption does not mean that other governors not caught on camera are better than him.

I call upon President Buhari, Chief of Staff Abba Kyari, and Chief of Cousins Mamman Daura to urgently intervene in this ill-omened misadventure. HRH Sultan Sa’ad Abubakar and other Emirs and leaders should intervene in this Kano Emirate Crisis. The plot to depose Emr Sanusi is a dangerous precedence and northerners silence over the matter is sheer foolishness.

It's 'regrettable' Akufo-Addo gov't, BoG 'puppets' chose to ...
7 minutes ago

Galamsey: We have to win the fight to protect our heritage -...
31 minutes ago