Our Prosecution Authorities Have Turned Ghana Into A Toothless Old Bulldog 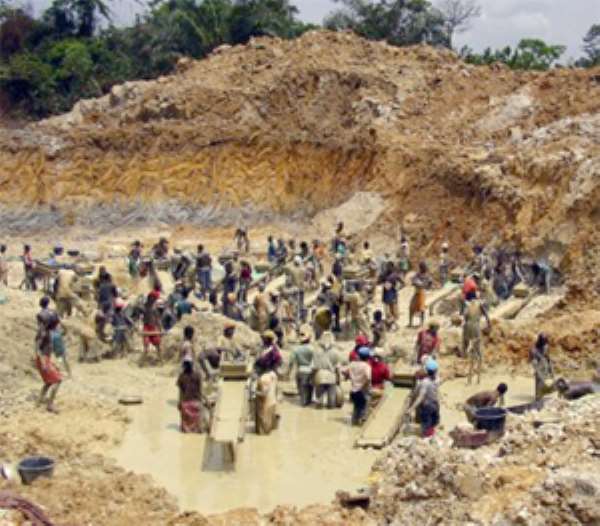 On 20 August 2019, the President of the Republic, H E Nana Addo Dankwa Akufo-Addo, told members of one of the highest institutions in Ghana, the Council of State, that he had just given his assent to a new Mining and Minerals Amendment Act (2019) that was meant to stiffen the penalties arising out of illicit mining, or galamsey.

Judges would henceforth be deprived of the “discretion” that empowered them to sentence galamsey offenders to lenient punishments, the President said.

All Ghanaians who had watched in sorrow as their rivers and streams were destroyed by galamsey operators heaved a sigh of relief when the President' statement was made public.. The President had once said that he would much rather safeguard the water-bodies of Ghana for coming generations than win the next election. If that declaration had been received with a bit of scepticism, the actual enactment of the new legislation removed all doubt about the President's intentions.

For instance, whereas in the past, it had been assumed that for “reasons of state”, certain foreign nationals caught doing galamsey would be leniently treated, the the new law specifically increased the punishment for foreigners who intervene illegally in the mining industry. They now face a minimum sentence of 15 years and a maximum of 25 years, for illegal mining. The minimum fine has also gone up to 150,000 penalty units. Furthermore, those who "aid and abet" galamseyers will now face tough punishment.

Now, in most democracies, a Presidential Statement is enough to chart the course of policy to be followed by the Government in power. Where a Presidential Statement is followed by the enactment of legislation, no doubt remains and diplomats immediately advise their home governments that indeed a new policy had come to rule in the country to which they have been posted.

In the country concerned, itself, the new legislation sends the Ministers and their top civil servants, as well as the heads of statutory institutions, scurrying to find ways of implementing the new legislation. If (as in this case) the new policy emanated from the highest authority in the land, their eagerness to implement it is signalled with explanatory statements and admonitions to the citizenry to take note of the new situation, as no-one would be spared if he/she pleaded ignorance of the new law. Everyone in the Governmental machinery puts in their oar, for if the programme succeeds, it reflects glory on them all, not only the originator of the policy (in this case, the President).

QUOTE: “The Operation Vanguard contingent in the Eastern Region has arrested 31 foreign illegal miners in the Kwahu West Municipality. This follows reports that about 1,000 foreign nationals had connived with cocoa farmers and landowners in the area to mine illegally. The officer in charge of the Operation Vanguard team in the area.... said [that] although some arrests had been made, the team was faced with many challenges in their operations.

“So far we’ve been able to arrest 31 of them. The operation is still ongoing and so far, the areas that we’ve conducted such operations are Abekoase, Abomosu, Bomso, and Akrade. These were conducted just last week.” [The officer went on]: “There are some observations that we’ve made over the period. The first one is the loyalty of the locals towards these illegal miners. It will surprise you to know that before we even move and get to the site, our own people [would] call and tell them that the Vanguard personnel are on their way coming!,” UNQUOTE

Meanwhile, the Eastern Regional Security Council has asked for help to clamp down on the resurgent illegal mining industry in the area. The Municipal Chief Executive Officer of Kwahu West told Citi News said the local Assembly could “do little” about the situation and therefore needed external aid.“We need help”, he said. “Ours is happening after the major onslaught on galamsey. So they’ve all now come here. You can find more than a thousand foreigners who have come here to besiege our towns. They have metal detectors which make their work easier. Once they detect [gold] they dig straight away. They make their gold and go away,” Is this not defiance of the first order? What is the Government doing about it?

Another report says: QUOTE: “Some four Chinese nationals have been arrested for allegedly engaging in ‘Galamsey.’ They were arrested by the Western Forward Operation Base (FOB) of the National Anti-Galamsey Task Force at Asumpa, in the Prestea Huni Valley District. The four are; Qin Shiyong – 40 years [old]; Wei Qing – 40; Wei Jian Ping – 48; and Qin Haoyang -- 30. They are currently being detained at the Aboso Police Station, waiting to be transferred to the Inter-Ministerial Committee on Illegal Mining (IMCIM), in Accra, for further investigation. UNQUOTE

It's always the same -- arrests; investigations; then -- NOTHING BUT SILENCE!

Such reports are doing the President his Government no favours. One reader of the above report, who styled himself as “Jonah”, wrote on Ghanaweb: “Will you stop disturbing our ears and eyes? How many of them have so far been prosecuted?” Another Ghanaweb commenter wrote: “Any serious government will have imposed the death penalty on any foreigner caught in galamsey -- as done in Thailand/ Indonesia/ China. But l guess this government is a toothless bulldog!!! “

“Toothless bulldog” is no doubt a bit harsh, but what do we expect people to say when a law has been passed; four months have elapsed since the law was passed; and yet not a single person has been taken to court to demonstrate that the new approach announced by the President IS being implemented? Don't the President's advisers and enforcers in the presidency realise that the inability of the prosecution authorities to present offenders to courts under the new law, is putting the President in a bad light?

Sorry but it really is time the presidency showed the unresponsive, “delinquent” institutions in the country who wields the stick to bring their "delinquency" to an end!