Ghana, The Country That Hates Its Citizens 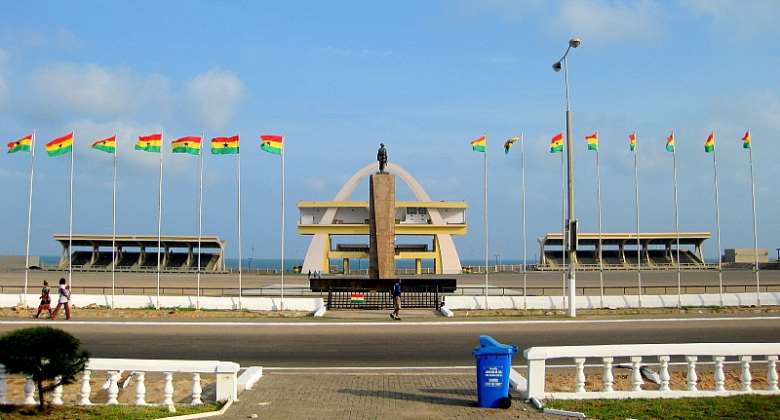 I have not travelled the world but I know every country loves its citizens and gives them priority when it comes to the distribution of public goods and services. The only country I know that doesn’t follow this rule is Ghana. We have this unproductive façade of a cliché called Ghanaian hospitality, something we use to disadvantage citizens. I do not say foreigners should be ignored but when you chose to love your guest more than yourself, then it is an anomaly.

The hatred for the Ghanaian permeates almost every aspect of our society but when it is perpetrated by public office holders who have been appointed and placed as stewards over our resources, and then it becomes more painful.

Take a good look at our tax administration, almost every foreigner who comes here to do business of any kind is given tax exemption, because the person is bringing foreign exchange. According to Dr. Charles Ackah, a Senior Research Fellow of Institute of Social, Statistical and Economic Research (ISSER) University of Ghana, annual tax exemption for companies doing Foreign Direct Investments (FDI) in Ghana amounts to 4billion Cedis. This includes mining companies and free zone companies.

Over the years, these companies repatriated their profits to their countries of origin and that often leaves our cedi vulnerable. Our laws say they must retain some of their earnings here but they don’t and repatriate everything with impunity.

I recently went to Osu in Accra to buy some office equipment for my office and stepped into a huge office Mart belonging to Lebanese, packed with customers. After taking their proforma invoice, they attached a tax exemption form to it so that we will not take withholding tax from the amount when issuing them a cheque. I moved 150 meters down into another shop owned by a Ghanaian, smaller than the Lebanese one and realized their prices were a little higher for some of the equipment as compared to the earlier shop but at the same time, majority of the items were the same or even cheaper. When I inquired whether they had tax exemption, they responded in the negative with the explanation that they applied but were turned down.

Let a young Ghanaian start a small business today, the next day; GRA staff will be there to harass him for a pittance. We taxed everybody called Ghanaian including the pure water seller, head porter and single parents with ‘apampam’ or table top retail. Talk to the few daring young men and women who were brave enough to start as entrepreneurs and they will tell you their headache is tax. Is it wrong to give the Ghanaian tax holiday so that he can build his business and employ more Ghanaians?

I read that the petroleum agreement signed between Ghana and AKER Energy, the finance ministry granted up to $800million dollars tax exemption to the company, this includes all importations into the country. Two months ago I was window shopping on Alibaba and saw a nice but moderately priced bed sheet and decided to try my visa card, because I have never used it to buy online before. When the item arrived, I paid import duty on it! Just one lousy poor man’s bedsheet ooh. So why do we leave the big money and keep chasing the small ones and be crying all the time that domestic revenue is low?

If you go looking for accommodation and you are a Ghanaian, you are most likely to be denied if a foreigner comes seeking the same apartment. Our police are friendly to foreigners, especially the Europeans and Americans. It’s as if you commit a crime by being a Ghanaian in your own country. We are ready to pay foreigners four times what we are ready to pay a Ghanaian for the same job! This is very prevalent in our sports, particularly football.

If you have a case with a foreigner and you reported to the police, you will become complainant turned accused! What is wrong with us? Is it inferiority complex or what? Why do we hate ourselves? We allow foreigners to break our laws with glee and we are often spineless in taking action against them. Aisha Huang and ‘Aisha Rosewood’ are fresh on our minds, when our Attorney General filed a nolle prosequi and she was later deported, yet Ghanaians with minor mining infractions are quickly prosecuted and jailed! We are that wicked!

I remember how the then Tourism and Diaspora Relations Minister Hon. Asamoah Boateng caused the dismissal of a director of immigration, Hodari Okine for applying the immigration law against an Italian who entered the country with fake documents and was therefore asked to return on the same flight he came with. The Italian happened to have an acquaintance with the minister and so he got angry and ensured the director was sacked.

Identify a fine lady and initiate moves to get her permission to marry her, they will tell you your home town is too far if you’re from the north but they are ready the say yes to somebody from Tuvalu, a place they have not even heard of or Australia which is a 48hour flight from Ghana!

If you don’t love your own who will love you? If your laws are rigid towards your citizens but flexible towards foreigners, what have you achieved? You are just a slave with a colonial mentality. Let us be fair in the application of our laws, foreigners must not spit on our laws. As Kublai Khan said, “this is my country and these are my laws, anyone who will not obey my laws can leave my country” We can’t set the laws aside for the betterment of foreigners when we are not willing to do same for our own citizens. Ghana is for Ghanaians, let that sink in.

By Sylvanus Akorsu
Email: [email protected]
The writer is a lover of Ghana to a fault.