Kevin Taylor, you’re a reporter, not an ‘opinionist’; you’re guided by the rule of impartiality! 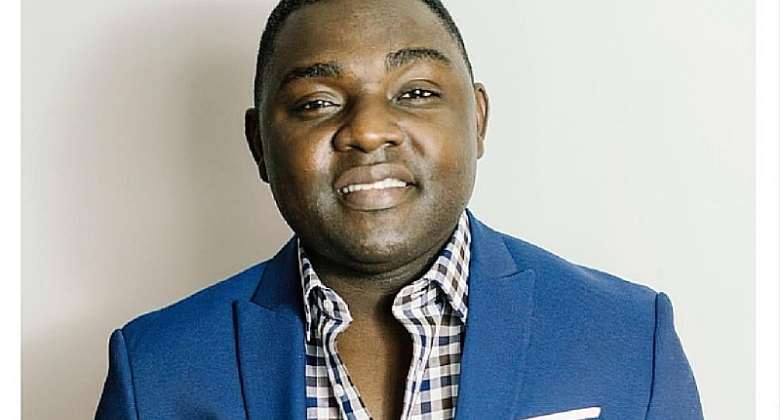 I have observed, read, heard, and watched a multitude of ebullient social media commentators apparently immersed in a gamut of emotions over the squeamishly ugly and somewhat preposterous statements by a certain importunate social media critic of the Akufo-Addo’s administration, who goes by the name, Kevin Taylor.

The said clamorous social media critic’s numerous wild and unsubstantiated claims of malfeasance and wilful neglect of responsibilities by the officials of the incumbent NPP government, so to speak, smack of sensationalism more than anything else.

In fact, at worst, it is intellectually incoherent and ridiculously incongruous for a supposedly trained-mind to brush aside the existing data on Ghana’s economy and keep asserting somewhat spuriously that the Akufo-Addo’s government is worsening the plight of Ghanaians.

If the ubiquitous social media commentator, Kevin Taylor, cares to know, Ghana’s economy is in a favourable position today than yesteryears.

In fact, the unconventional and unpalatable pronouncements by the vociferous and patently aggrieved serial social media critic of the Akufo-Addo’s administration, Kevin Taylor, who has gained an illimitable notoriety as ‘a Lucifer in the flesh’ of the NPP government appointees, cannot be allowed to pass without commenting.

Whatever the case, I cannot for the life of me, comprehend how and why anyone calling him/her self a reflective thinker can proclaim somewhat plangently that Ghana’s economy under former President Mahama (3.4% growth and 15.4% inflation) was better than under President Akufo-Addo (8.6% growth and 7.8% inflation).

It therefore came as no surprise to some of us at all when the Economist Intelligence Unit (EIU), concluded in its country report released on 13 May 2019 that Ex-President John Dramani Mahama will find it extremely difficult to convince discerning Ghanaians into accepting that he is the credible manager of Ghana’s economy given the country’s fairly strong economic growth under President Akufo-Addo.

Well, Kevin Taylor, believe it or not, Ghana’s economy had received thumbs-up from the likes of seasoned journalist, Malik Kweku Baako, the Director of the International Monetary Fund (IMF), Ms Christine Lagarde, and the United Nations Special Rapporteur on extreme poverty and human rights, Philip Alston, who had earlier commended the Akufo-Addo’s government on its excellent economic performance in the two and half years in office.

And, in reporting on the same fiscal policy achievements, Le Monde pointed out that “Ghana’s economic success is not just as the result of an oil-driven boom, but is also due to prudent economic management, an entrepreneurial population, the role of traditional leaders, and good governance.”

Kevin Taylor, the latest on the list of observers on Ghana’s auspicious economy is the Nigerian scholar, who recently gave a presentation at the NDC’s most recent forum, in which he emphasised Ghana’s thriving economic growth under the NPP government.

Kevin Taylor, the Director of the International Monetary Fund (IMF), Ms Christine Lagarde’s has observed that the Ghanaian economy is in a better place than it was in the previous years under the John Dramani Mahama’s administration.

Ms Lagarde opined that the Akufo-Addo’s government had made important gains towards macroeconomic stability, including inflation, which had declined to a single digit and now within the Bank of Ghana’s (BoG’s) tolerance band; buoyant growth, averaging about five per cent between 2015 and 2018, and, over six per cent in 2017-18) and a primary surplus in 2017 for the first time in 15 years (IMF 2018).

Besides, Kevin Taylor, the Special Rapporteur on extreme poverty and human rights, Philip Alston, observes: “Ghana met the targets for halving extreme poverty and halving the proportion of people without access to safe drinking water, and it achieved the goals relating to universal primary education and gender parity in primary school.

Kevin Taylor, the seasoned journalist, Kweku Baako Jnr hit the nail on the head when he pointed out on Joy FM’s political show (News File) on Saturday 6/04/2019 that the NPP administration led by President Akufo-Addo has performed exceedingly better than the erstwhile NDC government led by former President Mahama.

This article thus intends to remind you, Kevin Taylor, and the opposition NDC communicators (both home and abroad) of the revoltingly ugly governance provided by the erstwhile Mahama administration.

Kevin Taylor, some of us, as a matter of principle, cannot end our arousing disgust anyhow and anytime soon over the erstwhile NDC government’s irreversible incompetence and the corrupt practices which destabilised Ghana’s macroeconomic indicators.

However, in our humble opinion, it is our part of the world (Africa), where political insobrieties and vague rhetoric are so prevalent.

In fact, one cannot help but to giggle over the minority NDC’s renewed zeal to expose and prevent perceived incompetence and corruption in the NPP administration.

Bizarrely, the minority NDC faithful are gleefully hopping around the globe (from United States to Luxembourg), with a view to detecting a perceived corruption by the embryonic NPP government. How strange?

Kevin Taylor, let us be honest, if the NDC operatives were that good at detecting and preventing sleazes and corruption, how on earth did they go to sleep over the scandalous corruption cases involving the infamous Bus Branding, Brazil World Cup, the Ford Expedition vehicle, GYEEDA, AZONTABA, SADA, SUBAH, the purported $300million debt incurred on the faded STS housing deal, the dubious Embraer 190 Aircrafts and hanger for the Ghana Armed Forces and over a US$100 million oil revenue loss between 2011 and 2013 as reported by the Public Interest& Accountability Committee?

Kevin Taylor, isn’t it therefore ironic that the opposition NDC operatives have soon found their voices and squalling and scolding at the roof top about alleged sleazes and corruption?

To some of us, Kevin Taylor, it is an illustrative case of ‘let us give a dog a bad name and hang it’. Obviously you and your ilk are trying your level best to bring to the fore the non-existent sleazes and corruption in the Akufo-Addo’s administration. How pathetic?

Whatever the case, that is the beauty of democracy. The likes of Kevin Taylor are within their democratic right to whine and speak their piece and criticise the NPP administration as they see fit.

But all said and done, the obdurate critics of the Akufo-Addo’s administration such as Kevin Taylor ought to exercise a great deal of circumspection and consider criticising constructively.

Kevin Taylor, some of us have always held an unfailing conviction that governance is a serious business and as such it requires forward thinking, serious and committed group of people to bring about the needed progress.

And, as a consequence, we have for a long time been relying on lousy economic managers who cannot see their backsides from their elbows and have only succeeded in sinking the economy deeper and deeper into the mire through corrupt practices.

Kevin Taylor, in fact, some of us, as a matter of principle, share in the sentiments of the reflective sceptics who argue vehemently that despite spending 27 years in government, the successive NDC governments have failed woefully to improve upon the socio-economic standards of living of Ghanaians.

Despite the unobjectionable facts and figures of favourable economic growth under Akufo-Addo’s administration, the NDC operatives are all over the place nagging, grumbling and censuring the NPP government for perceived slow pace in development in less than three years in office.

On 7th December 2016, discerning Ghanaians found in NPP, a redeemer, in whom they reposed their absolute trust to set them free from the NDC government’s unpardonable economic enslavement.

Kevin Taylor, so who says that the critics are not absolutely right for suggesting that if discerning Ghanaians had not graciously intervened by showing the dreadful economic managers (NDC) the exit through universal adult suffrage, the terrible errors in decision-making and the rampant corruption would have obliterated Ghana off the world map completely?

Kevin Taylor, given the circumstances, we can confidently deduce that discerning Ghanaians made the right decision on 7th December 2016 by electing the septuagenarian Nana Akufo-Addo and retiring the middle-aged John Dramani Mahama.

Mind you, Kevin Taylor, a large portion of Ghana’s scarce resources, regrettably, went down the drain due to the mismanagement and the rampant corruption perpetrated by the officials of the erstwhile Mahama administration.

Truly, Kevin Taylor, vague understanding of patriotism exists in the minds of many Ghanaians, who prefer needless praise singing to defending the national interests.

Kevin Taylor, the good people of Ghana, unfortunately, witnessed so much scheming guiles, corruption, incompetence, nepotism, cronyism and frequent abuse of power in the erstwhile NDC government, and hence the vast majority of Ghanaians have permanently lost trust in the NDC.

Kevin Taylor, based on the prudent governance and the current favourable economic outlook, we can confidently state that Ghana is heading towards the right direction under the able leadership of President Akufo-Addo.