A vegetable farmer at Awutu Bereku in the central region says the reconstruction of traditional earthen dams will help transform the lives of thousands of villagers in Ghana’s most arid regions and even across Africa.

According to Chief Osman Moro Fukuyama, if the fast disappearing traditional technology has helped transform the lives of thousands of villagers in one of India’s most arid regions, why can’t we embrace the ancient technology in Africa?, he quizzed this reporter.

“Environmental risks including natural disasters and inconsistent rainfall are high; insufficient access to climate smart technologies and adaptive services remains a key barrier to the development of agriculture in Ghana” he added.

The Local Fish Farmer made the discourse in an interview with this reporter when he was responding to questions about the realities of climate change and the threat of desertification creeping at an estimated 20,000 hectares per year in our country.

The United Nations Development Programme (UNDP) in its 2019 report revealed that 44 per cent of Ghanaians are unaware of climate change and its impact on the environment.

Silke Hollander, UNDP Ghana Representative encouraged Ghanaian youth to make their voices heard in climate action, but Chief Osman Moro believes that beyond making our voices heard in climate action, policymakers and governments in Africa must learn from India’s Rajendra Singh who with the help of community leaders in Gopalpura and Bsikaipura has brought back water to 1,000 villages and more than 21 irrigation systems to provide water for smallholder farmers through traditional earthen dams.

Coordinator for Tarun Bharat Sangh NGO in India Mr. Suresh Raikwai explained to this reporter that after their first success in Gopalpura; the idea spread like fire in the parched villages in 2009.

“Village people started approaching us to do the same in their communities; the impact of these traditional earthen dams was spectacular. The water table; the depth underground from where water may be extracted rose from about 100 metres to about 13 metres and 3 metres. The area under single cropping increased from 11% to 70%, and the area under double cropping went from 3% to 50%. Forest cover expanded from 7% to 40%” he added.

According to him now, land under cultivation has grown by five times and farm incomes are rising; for work, men no longer need to leave home. And for water, these days’ women need to walk no farther than the village well.

Alimatu Alidu a cowpea farmer in the northern village of Zinindo tells this reporter the region is afflicted by frequent and severe droughts due to climate change.

“We need help in Northern Ghana to better manage our water resources and diversity livelihoods,” she said.

Mr. Raikwai believes that the earthen dam can help reduce the effects of desertification and land restoration across the African continent.

“It's not that there is no enough money in Africa, maybe governments alone can't do it; we are fast running out of time to build our resilience to climate change” he whispered. 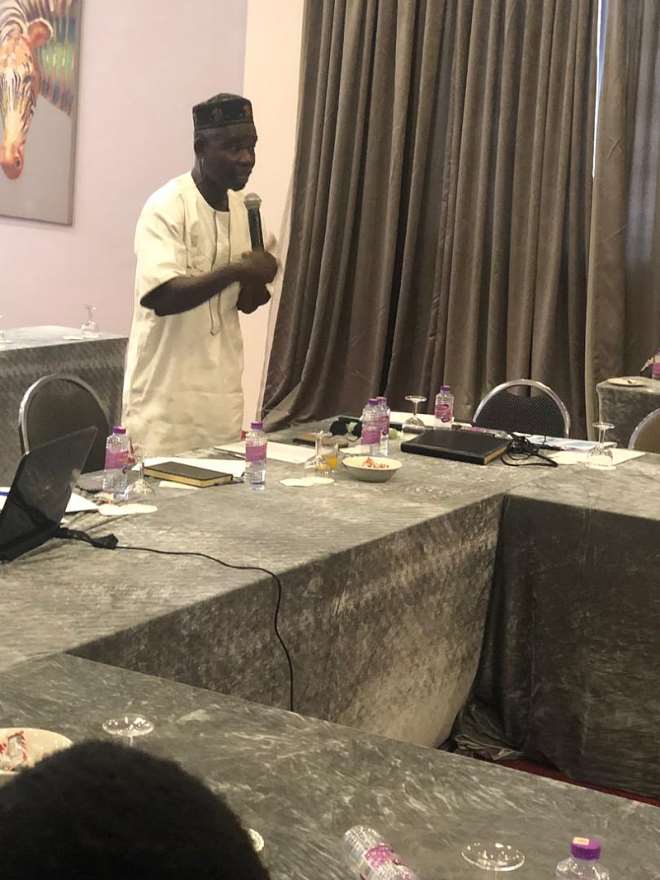