CSE Has Not Been Approved – Napo 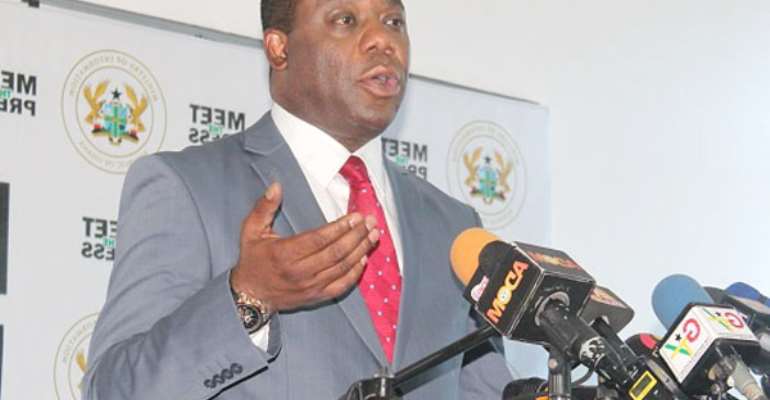 Education Ministry has clarified that the approved curriculum framework for basic schools does not include Comprehensive Sexuality Education (CSE).

Addressing the media in Accra on Tuesday, the sector minister Dr. Matthew Opoku Prempeh, noted that “no teacher was trained on Comprehensive Sexuality Education.”

“The curriculum framework from KG to P6 that has been approved by Cabinet from the National Council for Curriculum and Assessment for use in the development of school curriculum and published on NACA website does not include anything on Comprehensive Sexuality Education.”

“The curriculum that has been developed out of the framework for use by the Ghana Education Service in all public schools and approved by cabinet and as published does not include comprehensive sexuality education. NACA has not approved any material on Comprehensive Sexuality Education as it is not included in the published curriculum framework,” the Minister insisted.

The government and United Nations Education, Scientific, and Cultural Organisation (UNESCO) launched the CSE programme in February but the concerns have been raised about the potential for pupils to be given awareness of sexuality and LGBTQ issues at too early a stage.

Groups like the Ghana Catholic Bishops Conference have criticised the lack of consultation from the government in the matter.

The conference said it will reject the programme if it is indeed an attempt to introduce children to LGBT issues as suggested.

The National Association of Graduate Teachers (NAGRAT) President, Angel Carbonu, argued that more engagement from the government was needed to address the concerns.

Whether the parents, the reverend ministers or the teachers are wrong or not, there is the need for the managers of education to do whatever it takes to give us certainty, to give the people surety and also concrete evidence that we don't want to go the way others have gone.”

Member states of the United Nations are mandated to roll out CSE in accordance with their own cultural norms and values.