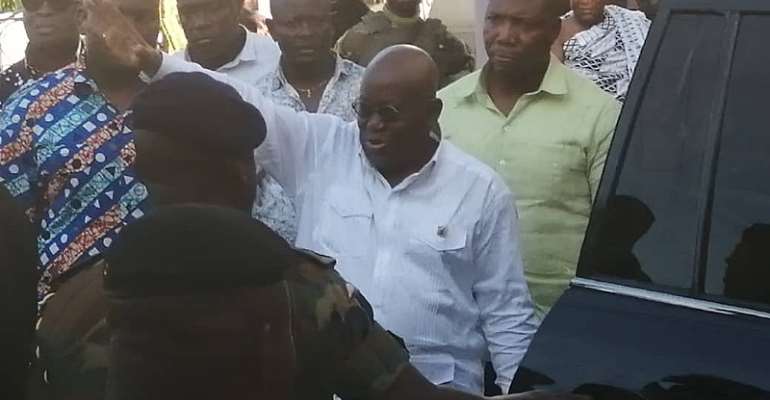 Religious leaders have called for calm in the raging debate on the controversial Comprehensive Sexuality Education (CSE) after a meeting with President Addo Dankwa Akufo-Addo in Kumasi.

The President held separate meetings with Muslim and Christian leaders in Kumasi and assured that his Government will not introduce any policy that will be alien to the Ghanaian culture.

The President before the meeting addressed a congregation at the St. Cyprians Anglican Church where he assured Faith-based Organizations that his Government will not introduce the CSE policy in the country’s educational system.

Discussions about the policy have dominated the media space as critics of the CSE fear the programme will introduce children to homosexuality at a very young age.

Addressing journalists after a meeting with the President, President of the Ghana Pentecostal and Charismatic Council (GPCC), Reverend Professor Paul Yaw Frimpong-Manso said “What is known is that now there is no more CSE. The President has spoken and we trust him”.

He called on all to ceasefire since CSE will not take place following the assurance by the President.

Professor Frimpong-Manso said he will tell his congregation that there’s “no CSE [since] CSE is gone”.

Reverend Alfred Appiah of the Baptist Church of Ghana said he was convinced after listening to the President during the meeting.

“The President assured us that this thing is not going to happen and we are taking him by his words and we believe that it will not happen”, he said.

He stressed that the Ghanaian youth must be educated, but that should not be against the culture of the land.

Archbishop Emeritus of the Kumasi Archdiocese of the Catholic Church, Most Rev. Peter Kwasi Sarpong also said he was deeply worried when discussions about the CSE were raging on both social and traditional media.

“I will tell Ghanaians not to worry at all, because the President is a trustworthy person. He is a great Christian. So Ghanaians should not worry, but they should rely on God and so on”, he urged.

After a meeting with Muslim leaders at a separate venue, Ashanti Regional Chief I am, Sheik Abdul-Mummin Haroun said the Muslim community was convinced following the assurances from the President on the matter.

Encroachers on KNUST lands will face my wrath — Otumfuo war...
27 minutes ago