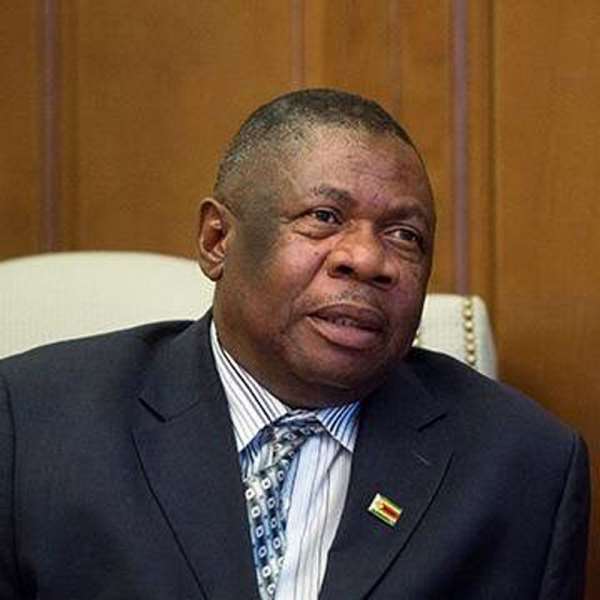 Russia maintains very friendly relations with Zimbabwe, thanks to ties which evolved during the struggle for independence. Since then, it has had a very strong mutual sympathy with and friendly feelings toward the southern African people, government and country.

One of the fora in which relations between the two countries are discussed is the Russia-Zimbabwe Intergovernmental Commission on Economic, Trade and Science and Technical Cooperation.

Following its recent meeting in Moscow in August, IDN’s Kester Kenn Klomegah conducted an exclusive interview with Brigadier General Mike Nicholas Sango, Zimbabwean Ambassador to the Russian Federation, to gauge the current climate of relations. The following are excerpts from the interview.

What were the key results of the 3rd meeting of the Joint Russia-Zimbabwean Economic Commission held in Moscow?

During the 3rd session, the Commission reviewed progress in the areas of mining and was satisfied with progress on the joint Russian-Zimbabwean Darwendale platinum deposit development project being implemented by Great Dyke Investments and steps being undertaken by the Russian ALROSA group in developing the diamond industry in cooperation with the Zimbabwe Mining Development Corporation (ZMDC).

The Commission also noted with satisfaction the contribution by the Russian Federation in skills development of Zimbabwean personnel through Russian government scholarships to study in Russian institutions of higher learning.

The Commission was happy with the support offered by the Russian government in training of personnel in the defence and security sectors.

Cooperation in the areas of agriculture and energy was highlighted and a number of projects to be undertaken by Russian companies in Zimbabwe were discussed. Procedures to be met by potential investors were presented.

Your Minister for Foreign Affairs and International Trade, Sibusiso Moyo, participated in the meeting. What proposals were presented to the Russian side and what sectors or corporate projects included in the discussions?

A: Minister Sibusiso Moyo expressed his satisfaction with interest expressed by Russian companies in investing in agriculture, education, information technology, energy, tourism, transport and mining. Officials from the energy sector had discussions on renewable solar energy, in particular on the activities of ISP Geophysics and Inter Rao, both of which specialise in power generation. Discussions were also held with organic fertiliser companies and currently their products are undergoing field tests in Zimbabwe.

Russia says it will move from intentions to concrete actions. Do you think Russia is prepared to or will engage in those sectors to help overcome the current acute problems, especially rising unemployment and economic challenges, in Zimbabwe?

A: The Russian government has expressed its readiness to support the endeavours of African countries to develop their economies. Zimbabwe, like many post-colonial nations, is grappling with colonial legacies in terms of ownership of means of production. African resources continue to feed the economies of the West.

Sub-Saharan Africa is engaging countries like Russia with a view to extricating itself from colonial bondage. Unemployment, lack of industrialisation, poverty and disease are legacies of colonialism afflicting the sub-continent. Zimbabwe has been under illegal economic sanctions for the past twenty years and this is one of the major constraints undermining economic development.

Effort continue to re-engage with those that imposed those sanctions while engaging erstwhile friends to help kickstart the economy. We believe Russian companies stand to benefit from cooperating with Zimbabwe in many fields. The Zimbabwean government and companies are ready to work with their Russian counterparts.

Russia has had a number of agreements with Zimbabwe, as with many African countries, in the past that have still not been fully implemented. What are your comments about this?

A: Indeed, Russia has entered into agreements with Zimbabwe as with many other sub-Saharan African countries. In Zimbabwe, the agreements entered into are at various stages of implementation. It should also be noted that most are under Memorandum of Understanding or Agreement documents which are not contracts but a symbol of common good.

Under such documents, there are processes and procedures to be followed in order to consummate an agreement and subsequently a contract. At the same time, it should also be noted that an investor has to weigh up the possible risks involved and such processes determine if such projects can be implemented.

What would you say about the forthcoming first Russia-Africa summit [October 23-24] in Sochi? What are the expectations from African leaders? Do you really see this corporate event as the New Dawn?

A: This is the first time that the Russian Federation is hosting such a grand summit for African leaders and businesspeople. Russia has a long history of supporting the decolonisation of Africa. The summit offers an opportunity for reconnection between Russia and Africa. The world is undergoing fundamental challenges from global terrorism, climate change/crisis, unilateralism and so forth.

This will be a forum that can help shape the common agenda on how to collectively address these challenges. It is equally hoped that an opportunity will be created for Russian business to interface with African businesses. And African leaders have to focus on sustainable development projects, determine the role Russia could play in pushing these projects. Africa is the future and it would be a missed opportunity if Russian businesses do not take up this offer of partnership.

The African Union’s Agenda 2063 focuses on the industrialisation of Africa and will not easily give up exploitation of African resources. Russia has the technological competence to help Africa realise this dream. *This interview was first and originally published by Indepth News.