Difference between Freedom of Speech and Press Freedom: A Lesson for Responsible Journalism 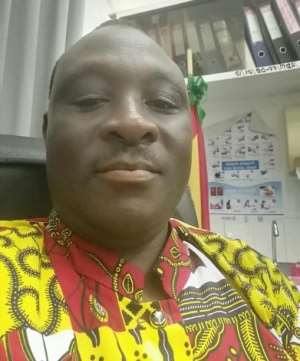 Now, let us attempt an answer to the question above. Freedom of speech cannot be said to be the same as press freedom or freedom of the media. Freedom of speech is a fundamental human right that is naturally made possible among human beings. Unless they have irreparable speech impairment or dumb, human beings are born to talk naturally and they do not need any law passed by a government to do so.

The effects of a slanderous word by oral speech is not devastating as that of the written word because the spoken word may be easily forgotten as it is tantamount to evaporation but a libelous written word becomes a document that lasts for long hence even generations unborn can have access to it.

The media can and unmake personalities. This means that the media can elevate ordinary into the status of a celebrity or status of national and international fame make (from grass to grace) or make popular societal figures become unpopular(from grace to grass) such that society will tend to dislike the persons once held in high esteem . As a double edged sword, the same media that champion your success can again publish your untoward actions thereby making society shout crucify him even though you were celebrated yesterday. Mindful of the fact that society tends to believe the press more than what others say, media practitioners must act responsibly.

The media in Ghana today are as polarized as society itself because parochial partisan politics had found its way into media practice and deeply rooted in it or should I say the media and partisan politics have become an alloy of a sort and therefor inseparable?

It should not be lost on us that Ghana’s Fourth Republican (1992) Constitution guarantees independence and freedom of the media under Article 162 (1), and 162 (2) prohibits censorship in media practice in Ghana.

However, Article 162 (6) mandates a responsible media practice thereby stating that the media houses should publish rejoinders to appease those whose personal images might have been tarnished by certain media publications.

The constitutional requirements of responsible media practice have been further enshrined under Articles 164 and 165 of the 1992 Constitution. Article 164 places limitation on media rights and freedoms. It states that press freedom and press responsibility are “subject to laws that are reasonably required in the interest of national security, public order, public morality and for the purpose of protecting the reputations, rights and freedoms of other persons.” Suffice to say that where person A’s right ends, person B’s right begins. Fact distortion just to crucify someone’s image in the press is therefore abuse of right by using the right of press freedom. Press freedom must not be seen as an absolute freedom which is beyond judicial review. The printer’s devil must not always be blamed for yellow journalism or irresponsible media practice. Is the Ghanaian version of journalism now similar to what Edwin Emery described in America as journalism without a soul?

Indeed, if the media are called the fourth estate of the realm, coming after the executive, the legislature and judiciary which are known by practice to keep certain things secret, then the media that seek to unmask the secrecy within the first three realms should not have been controlled and virtually made to speak distorted voices to society. Such irresponsible media practice is like dynamite ready to explode and burn society to ashes. I dare to say that an irresponsible journalism is equally a disgrace to society which must be punished or hooted at when detected for it is an abuse of the press freedom guaranteed by our supreme law, the 1992 Constitution.

Having captioned media rights and freedoms to be additional or secondary to fundamental human rights, Article 165 of the Constitution states poignantly and unequivocally that for the avoidance of doubt, the provisions of Chapter 12 of the Constitution which is fully devoted to the media shall not limit the enjoyment of any of the fundamental human rights and freedoms guaranteed under chapter 5 of the same Constitution. This constitutional stipulation reiterates my earlier dichotomy of freedom of speech being a natural right and press freedom is an artificial freedom and a product of invention. Freedom of speech is a God given freedom while press freedom is man-made.

It is not enough for journalists to sound the trumpet on rooftops saying that they are being victimized. Taking a cue from Charles Horton Cooley’s 1902 looking-glass self-concept, the media must introspect and listen to societal impressions about their publications and determine whether or not they are into a responsible practice. The lizard will always follow you to catch a prey if you choose to carry a bundle of firewood infested with ants. To this end, I hope ardently that the concerned reader is adequately educated on the topic.