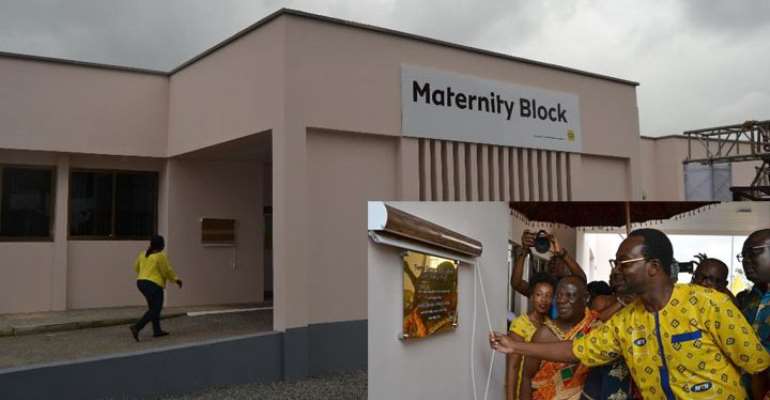 She noted that the hospital used to record 40 maternal deaths in a year due to under-resourced labour ward, delayed reported cases among other factors.

Madam Joana Boakye added that the figure has tremendously reduced to eight between January to August this year.

“Many years ago the hospital could record as high as 40 maternal deaths in a year due to under-resourced labour ward, delayed reported cases among other factors. Statistics available indicate that between January and August 2018, the facility recorded 20 cases but that has reduced to eight, same period this year,” she emphasised.

She related the achievement to the new MTN Maternal block which is spacious, has enough beds, ultra-modern equipment, theatre among other things making their work much easier than before.

According to her, they were traumatised anytime a mother died during delivery.

The Principal Nursing Officer said this during a visit by a team of MTN officials to the Maternity Block of the Tema General Hospital, which the company constructed and donated to the health facility last year at a cost of GHc5.5million.

The visit which was led by the Corporate Services Executive, MTN Ghana, Mr. Samuel Koranteng, was aimed at interacting with the Medical Team of the Block and also to ascertain how the GHS5.5m projected has contributed to maternal service delivery.

In an interview with the Corporate Services Executive, MTN Ghana, Mr. Samuel Koranteng, after the tour, he noted that the project was necessitated by a news item which highlighted the struggle faced by the Hospital to raise funds to complete its maternity ward.

This he said, and MTN Foundation took a giant step by constructing the Maternity Block to alleviate the extreme pressure on the hospital’s limited resources. However, exactly a year ago, this project was handed over to the hospital.

“So today, we are here as MTN Ghana Foundation because sustainability is one of the key things we look at in all the projects we do,” he stated.

Mr. Koranteng continued, “We are extremely elated about how the facility has been kept clean and maintained well for the past 12 months now.

“Besides, we are more than happy to know that this unit is impacting positively on deliveries for this hospital as well as mortality for mothers.”