Zimbabweans mark Mugabe's passing, far from the country he 'ruined' 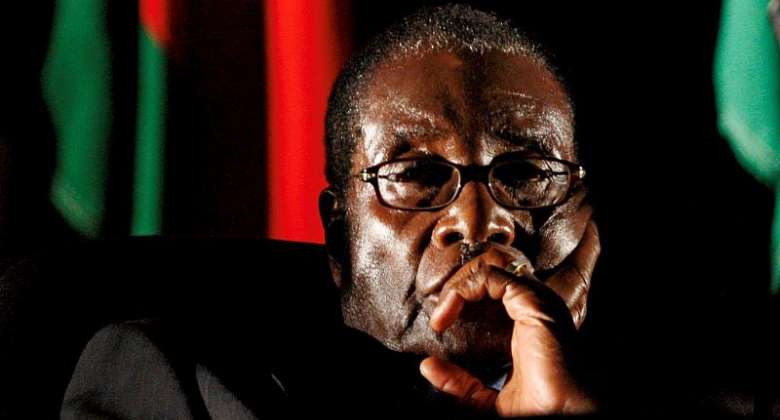 Zimbabweans are coming to terms with the death of former president Robert Mugabe – a man loved and hated in equal measure.

Early on Friday, after news of his death in Singapore broke in Zimbabwe, the state Zimbabwe Broadcasting Corporation began playing audio snippets from Mugabe when he was still president.

It's been a while since Mugabe's voice has been heard on the national airwaves.

Despite ousting him from power in a military takeover two years ago, President Emmerson Mnangagwa referred to his predecessor as “a pan-Africanist who dedicated his life to the emancipation and empowerment of his people”.

“His contribution to the history of our nation and continent will never be forgotten,” said Mnangagwa, who cut short his attendance at a World Economic Forum summit in Cape Town to fly back to Harare.

It's likely that the former president will be declared a “national hero”, though it's far from clear that he'll be buried at a national shrine in Harare reserved for icons of the independence war.

Sources said on Friday that members of the Mugabe family were due to meet at his rural home in Zvimba, west of Harare to discuss funeral arrangements.

During his time in office Mugabe presided over many funerals of his independence war contemporaries. He frequently used his graveside speeches to take a swipe at his party's perceived enemies -- mainly Western countries and the opposition Movement for Democratic Change (MDC).

'We recognise his contribution'
In a sign of how many Zimbabweans refuse to speak ill of the dead, even their former opponents, MDC leader Nelson Chamisa said Mugabe's passing was “a dark moment”.

“Even though I and our party, the MDC, and the Zimbabwean people had great political differences with the late former president during his tenure in office, and disagreed for decades, we recognise his contribution made during his lifetime as a nation's founding President,” Chamisa said on Twitter.

On the one hand, he ended white minority rule and extended education to the black majority.

But, he added: "His enduring negative legacy will be the culture of violence and impunity, disrespect for constitutionalism and the rule of law, corruption and abuse of office under his tenure."

Mugabe is hailed by many on the continent as a Pan-Africanist who stood up to the West, especially when his government began the forcible takeover of white-owned farms in 2000.

That programme saw the transfer of prime agricultural land from around 4,000 white farmers to tens of thousands of black farmers.

But it is also blamed for triggering a long-running economic crisis that is still causing unbearable suffering for many Zimbabweans.

'He died far from the country he ruined'
Around 5.5 million people are in need of food aid this year due to drought, and this week many doctors at state hospitals refused to show for work saying they were “incapacitated” by low wages.

On Friday, it wasn't lost on some that the man hailed as a Pan-Africanist didn't end his days in a Zimbabwean hospital, under a shattered healthcare system attributed to years of mismanagement by the former president and his government.

As one opposition member said in a tweet: “A ruined country remains, he died far from it.”