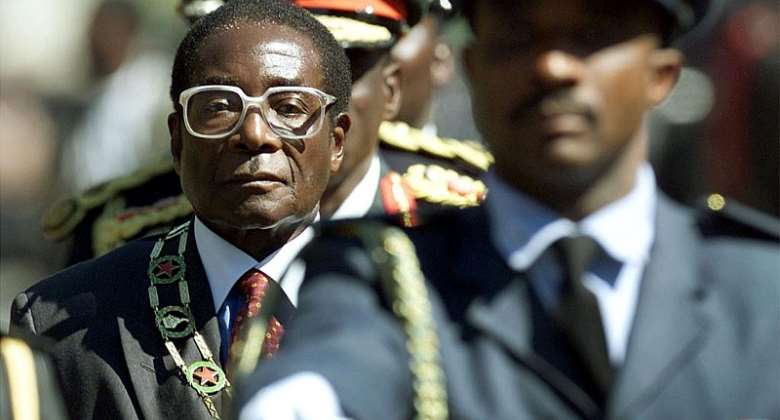 “South Africans join the people and government of Zimbabwe in mourning the passing of a liberation fighter and champion of Africa's cause against colonialism,” says South African President Cyril Ramaphosa.

“Under President Mugabe's leadership, Zimbabwe's sustained and valiant struggle against colonialism inspired our own struggle against apartheid and built in us the hope that one day South Africa too would be free.”

“He made enormous sacrifices in the struggle against injustice and the liberation of Southern Africa from racial subjugation and colonial oppression.

“As Namibians we owe President Mugabe deep sense of gratitude for his immense and selfless contribution to the liberation of our country.”

A correspondent's first impressions
I first met Mugabe in 1975 as a United Nations correspondent covering a conference in Maputo supporting the liberation movements in Zimbabwe, Namibia and South Africa.

His passionate call for the people of those countries to avoid the mistakes that Mozambique had made in driving out white farmers and entrepreneurs made him one of the most impressive liberation leaders I had encountered.

Mugabe took a tough line at the Lancaster House Conference three years later, repeatedly telling his British hosts that with power awaiting him, he did not need to be negotiating.

His first years in that job were a resounding success.

Apartheid ministers I spoke to in Pretoria in the mid-eighties said if Mugabe was the face of majority rule in the region, they could deal with it.

'History will judge him harshly'
But then came the massacre of thousands of Joshua Nkomo's supporters in Matabeleland backed by North Korean special forces.

When he lost a constitutional referendum and was in danger of losing an election to the Movement for Democratic Change, Mugabe attempted to regain support by offering Zimbabweans land.

This he seized from whites farmers. He intimidated and even killed those resisting, driving at least 100 black workers off the land with every white farmer he dispossessed.

The policy lost him British government support and drove Zimbabwe into agricultural collapse and a downward economic spiral from which it has yet to emerge.

At one point inflation was 200 000 000 percent as the region's bread basket, that once exported food to its neighbours, became the basket case dependent on emergency food aid.

Former anti-apartheid activist and British Foreign Office Minister Lord Peter Hain calls Mugabe a classic case of a liberation leader who betrayed the very values for which he was imprisoned and tortured.

“We were delighted when he came to power ending the white racist rebel government of Ian Smith. He talked of reconciliation and the values we had all be fighting for,” he says.

“Sadly he deteriorated into leading a corrupt regime that flouted human rights and the rule of law.”

People who collapsed GN Bank three years ago had ‘Kerosene’ ...
32 minutes ago