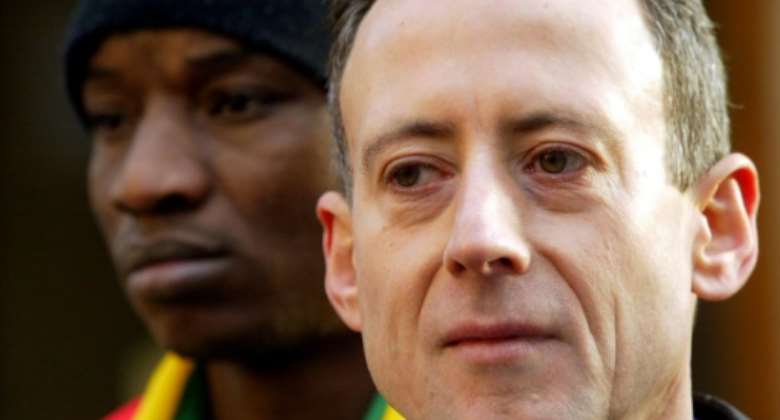 A prominent British gay rights activist seriously injured in 2001 while trying to arrest Robert Mugabe said Friday the former Zimbabwean President had "demonised" the LGBT+ community "in a way not entirely dissimilar to Hitler."

Peter Tatchell told AFP that Mugabe, who died on Friday in a Singaporean hospital, had scapegoated them "to deflect attention away from the failings of his own regime".

The veteran campaigner twice tried to arrest Mugabe, who was proudly homophobic during his decades of rule, and says he was beaten unconscious by his henchmen after one second attempt in 2001.

"President Mugabe began his homophobic tirades long before I or anyone else protested against them," Tatchell said, noting that the despot was clearly influenced by a deeply conservative Catholic upbringing.

"By scapegoating the LGBT+ community he could deflect attention away from the failings of his own regime.

Mugabe, the former guerrilla leader turned despot who ruled Zimbabwe for 37 years until he was forced out by the military in 2017, died aged 95 early Friday.

Tatchell said he had tried to carry out his citizens arrests of the dictator at the behest of Zimbabwean human rights activists, in 1999 in London and again two years later in Brussels.

"I was set upon 9by) his henchmen and beaten unconscious," he recalled.

"It's left me with some brain and eye damage, but thankfully nowhere near the damage he caused to black Zimbabweans. They suffered far, far worse."