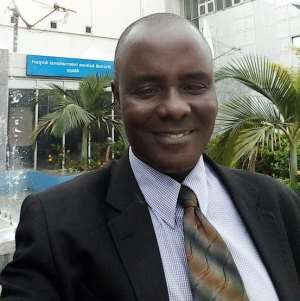 If Nigeria is working, we will know! Those were the exact words of late Prof Chinua Achebe, Africa’s foremost novelist and distinguished intellectual. In other words, the citizens do not need any bogus claims by government’s megaphones to realise that there is an improvement in their country’s economy because it will automatically translate to an enhancement in their lives.

And as they enter the markets to procure their basic needs or engage service providers for some of those services they just cannot do without, they would certainly have direct encounters with the “improvements” their country is alleged to have witnessed.

But sadly, what they are still seeing everywhere are benumbing evidences of further deterioration and the attendant pains – a direct result of very poor management of their country.

The International Monetary Fund (IMF) issued a report in March and announced that the “Nigerian economy is recovering.”

The people who read the report must have echoed: which Nigeria? The one we live in or another?

“Real GDP increased by 1.9 per cent in 2018, up from 0.8 per cent in 2017, on the back of improvements in manufacturing and services…and strides to improve the business environment,” the IMF crowed.

Now did you just hear that in this country, there is an “improvement in manufacturing and services…?”

Could, somebody, please, furnish us with specific examples of this milestone? Is this not the same country where companies are folding up or relocating to other places due to the high cost of doing business here caused mainly by the seemingly intractable epileptic electric power supply, rising insecurity and unstable policies?

Although, the IMF moderated its optimism and toned down its report at several sections, those brazen declarations of unverifiable “recovery” and “improvement” can only be seen as an advertisement of gross insensitivity to the fragile feelings of hapless Nigerians trapped in the throes of a battered economy being progressively compounded by the reckless experimentations of a noisy bunch of tyros.

One of the most dreaded phrases in Nigeria of the mid-eighties, specifically, during the Gen Ibrahim Babangida junta, was “IMF conditionalities” which our country was required to fulfill at that time to qualify for an IMF loan. Happily, Nigerians unanimously rejected the poisoned apple.

Since then, I have been very suspicious of the motives of the IMF and whatever it says about any country, especially, in Africa. Its prescriptions are often killer-pills that plunge the citizenry into needless sufferings and ultimately set the country on the path of destablisation.

And so, when you see them praising any country, just watch out: that country may be naively or even unwittingly complying with its “conditionalities.”

IMF has always recommended massive devaluation of the Naira so we could have what they called, a “realistic value” of our currency; never mind that this will brutally weaken further the purchasing power of the already impoverished people.

Well, Nigeria through the howling incompetence of her groping leaders has already horribly devalued the Naira, probably, far beyond the expectation of the IMF. Have you tried recently to purchase even the weakest currency out there with your Naira? That’s how bad it has become!

Another “conditionality” at that time was the downsizing of the civil service. They called it the beautiful name, “rightsizing.” Already, many state governments are almost on that excruciating path as they threaten to drastically reduce the public service population if they must pay the meagre N30, 000 Minimum Wage.

Many workers have already been frustrated out of the civil service by very poor working conditions and the tormenting experience of being laden with mountains of unpaid salaries. Some have even been “retrenched” by death due to inability to feed themselves and care for their health as their callous and profligate governors withhold their salaries.

The other “conditionality,” the introduction of school fees in the universities, is already operational at the state universities and partially at the federal institutions while the rationalisation of courses which has been on the cards is already being partially implemented. So, the IMF is already winning in Nigeria. The “conditionalities” they handed down to us in the eighties are already enjoying full implementation. It has always insisted that the implementation of these measures represent the fact that we are already on the path of progress. Does that make even the slightest sense to you?

The killer “conditionality”, however, is the total absence of subsidies which is gradually showing its egregious head, and may become fully manifest soon as the nation’s worst nightmare, especially, in the prices of petroleum products. Already, we are hearing about what they call “over consumption” of petrol by Nigerians which subsidy removal will effectively check. Sometimes, I wonder what would have been our fate if ours were not an oil-producing country.

Certainly, many Nigerians will soon park their cars because of inability to fuel them, and in a country with a chaotic transportation system. Given that most commercial outfits and service providers rely on petrol to remain in business due to the intimidating crisis in the electricity sector, Nigerians should, therefore, be ready for the worst times in a “recovering economy” because the price of goods and services would certainly ascend beyond the reach of many Nigerians.

By the way, why is this anti-subsidy pill always appearing like an “Only-For-Africa” solution? Why are they are not breathing down the necks of other countries that are heavily subsidising education, healthcare and several other services for their own citizens?

In Kuwait, for instance, government provides free medical care for its nationals. They are also trying to establish what they call “expat-only hospitals and clinics” which will serve the health needs of expatriates with health insurance coverage. And their hospitals are of very high standard.

In neighboring Saudia Arabia, the same “completely free” medical services are offered to Saudi nationals. Even near us here in Seychelles, government has put in place a system that ensures that sick citizens receive free medical treatment.

The same system is operational in Mexico, Trinidad and Tobago, Bhutan (which even moves serious cases to Indian hospitals for treatment at government’s expense) and several other countries which Nigeria may even be far richer than. In Spain, government “provides a public universal health care system for all citizens and, under certain conditions, also, non-citizens. Healthcare is free except for co-payments in some products and services; it is mostly paid from the Social Security budget.”

Why are the IMF and World Bank so determined to keep stampeding governments in African nations into presenting themselves continually as enemies of their people?

What of education? Several countries in Europe offer free education, except for some minimal fees (charged in some countries), and in several cases, international students also benefit from this.

In Norway, Sweden, Germany, Denmark, Finland, for instance, you have world-class tuition-free universities (which international students also benefit from).

So what is all this fetish about the total absence of subsidies as the sole panacea for economic growth? Has the economies of these countries collapsed because they are offering subsidised essential services to their people (and even foreigners)?

Indeed, Nigeria’s problem very is far from the crazy speculations of the IMF and the World Bank. Nigeria’s problem is the crude mediocrity and pervasive corruption which our leaders have instituted as an essential character of governance.

Removing subsidies (which will end up in private pockets, any way, if they really exist) and unleashing more crushing pain and suffering on Nigerians will not revive the economy. We tried it with the Structural Adjustment Programme (SAP) of the Babangida junta, where did it take Nigeria to?

The Nigerian government should look for thoroughly educated Nigerians with sound understanding of the Nigerian economy, who know how to navigate it out of the woods, and stop hiding its incompetence and failure behind “reports,” “recommendation” and suspicious “commendations” from a gaggle of confused “experts.”

We can solve our problems if we sincerely wish to.
*Ugochukwu Ejinkeonye is a Nigerian journalist and writer ( [email protected] ). His articles are archived at www.ugowrite.blogspot.com . He is the author of the book, NIGERIA: Why Looting May Not Stop(Email: [email protected] ) 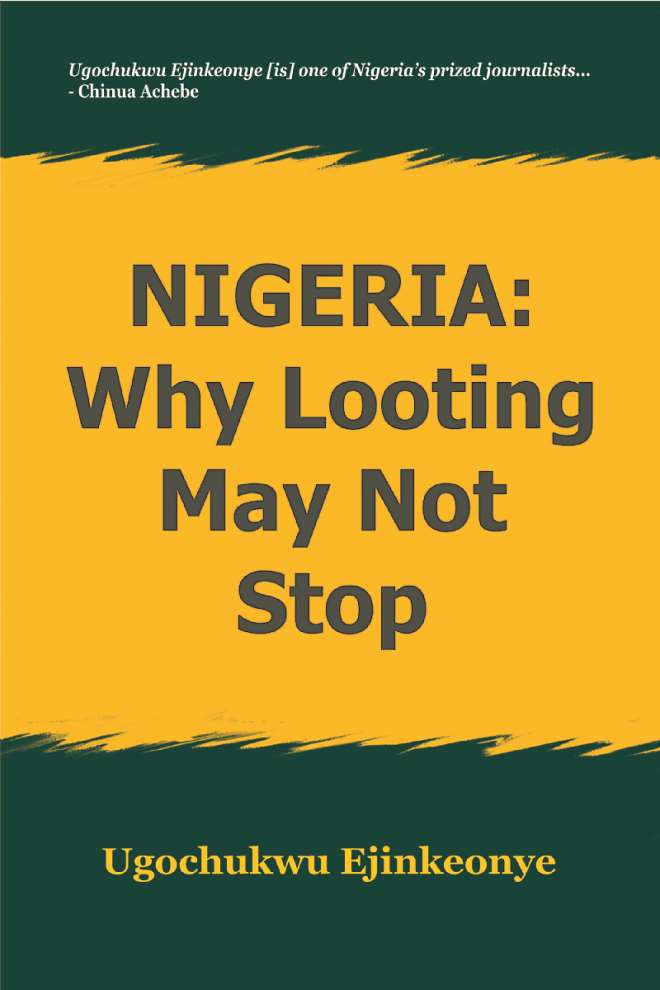 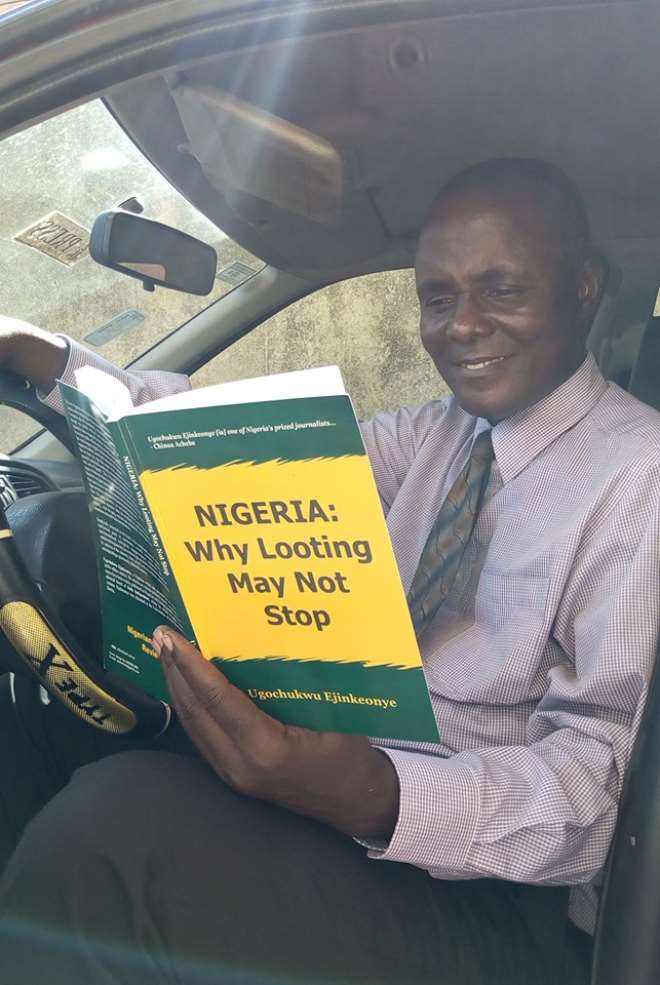