Lear Sharibu: Some Of The Facts That Will Count 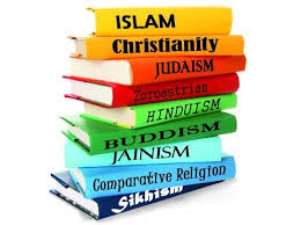 It has always been said that religion is the opium of the world’s people. And it is in this context that I want to remember Lear Sharibu today, the innocent young 14-year old student who, along with her other school mates, was kidnapped by gunmen from their school in Dapchi two years ago.

When I first wrote about Lear in the Nigerian Voice newspaper edition of 27 June 2018, in an article titled: “In the spirit of brotherhood, free Lear Sharibu now”, I noted that it was now part of the dark history of Nigeria that on Monday, 19 February 2018, over 110 girls were abducted from their boarding school in Dapchi by Boko Haram. It was later revealed that the girls were taken to an island in Lake Chad known as a stronghold of fighters loyal to Abu Mus’ab al-Barnawi, a factional leader of Boko Haram. Of the more than 110 girls, about 5 died in captivity. The rest were later released, leaving only one – a Christian who refused to convert to Islam and wear the jihab, a veil worn by some Muslim women in the presence of any male outside of their immediate family, which usually covered the head and chest.

In these two years, appeals had come from Christian communities world-wide, asking Boko Haram to release Lear Sharibu, like her other mates. Pope Francis, Jorge Mario Bergoglio had sent a message to the Nigerian government on Lear. So had many other heads of state and government and well placed dignitaries across the globe. President Muhammadu Buhari had vowed on Twitter to do “everything in our power to bring Leah back safely.” But even as I write this, Lear has either remained in captivity or she has even been killed. The Nigerian government has kept a studied silence over her whereabouts and her welfare.

Many Nigerians in the Diaspora were worried because like so many Christians today, some Muslims had the erroneous belief that Muslims and Christians were meant to hate each other and that Christians were regarded as infidels for not believing in Prophet Mohammed. Nothing could be farther from the truth. In actual fact, Christians and Muslims had more in common that brought them together than the things that put them asunder.

So, what about Lear?

On 22 March 2018, Lear’s mother, Mrs. Rebecca Sharibu, had told the Nigerian press that her daughter sent a message to her requesting her family to pray for the will of God to be done in her life. That message was, perhaps, the best hope Christians world-wide could hold on to, as the last wishes of a true follower of Christ – that Christ’s purpose be fulfilled in her life. It was the same way, when the burden became difficult for even the Master, Jesus, he had prayed that if it were possible, God should take the cup away from him. But then, not as he wished for himself but as God wished for him. It was a great teaching on obedience to the will of God.

Mrs. Sharibu said she had not lost hope that her daughter would be returned to her and that she would continue to pray and hope in God for her safe return.

It will be recalled that Lear remained the only captive after she refused to renounce her Christian faith and embrace the Muslim faith. The released girls confirmed that the insurgents insisted that Lear must denounce her religion for them to free her. But she told them she had no knowledge of Islam at-all and couldn’t possibly renounce her Christian faith for one she was so ignorant about. She was then left out of the Dapchi home-trip on the condition that any day she accepted Islam, she would be released. Whether Lear is still alive as I write this, or whether she has been martyred by those soulless insurgents who had kept her captive all these gruesome years remains a matter of speculation. But assuming she is still alive, why was she no longer communicating with her parents?

As far as Nigerians and their democratically elected government are concerned, Lear’s case throws up very pertinent questions.

Is it morally right for her to die for her faith in a democratic country where freedom of association is a fundamental right of citizens? And if she was killed on the account of her faith by ‘insurgents’ who are yet to be declared terrorists and coup plotters by the government, what could possibly be government’s take on its strength or weakness to protect its citizens? Moreover, what role did the Opposition, the Shadow Government play in putting the required level of pressure on the ruling party to forestall giving the impression to the world that the government was not in control of security in the country after-all?

Would it be right for Lear to die for her faith? To a large extent, the answer would be a resounding ‘no’. The story is told in St. Matthews Gospel 26 and verses 30 to 35 of how Jesus foretold of his betrayal by his most trusted disciple, Peter. Jesus told his disciples: “This very night you will all fall away on account of me, for it is written: “‘I will strike the shepherd and the sheep of the flock will be scattered.’ But after I have risen, I will go ahead of you into Galilee.”

Peter replied, “Even if all fall away on account of you, I never will.” “Truly I tell you,” Jesus answered, “this very night, before the rooster crows, you will disown me three times.”

But Peter declared, “Even if I have to die with you, I will never disown you.” And all the other disciples said the same. But their gallantry only ended there. From verses 69 to 75, the true nature of humanity played out its role.

Peter was sitting out in the courtyard, and a servant girl came to him. “You also were with Jesus of Galilee,” she said. But he denied it before them all. “I don’t know what you’re talking about,” he said. Then he went out to the gateway, where another servant girl saw him and said to the people there, “This fellow was with Jesus of Nazareth.” He denied it again, with an oath: “I don’t know the man!”

After a little while, those standing there went up to Peter and said, “Surely you are one of them; your accent gives you away.” Then he began to call down curses, and he swore to them, “I don’t know the man!”

Immediately a rooster crowed. Then Peter remembered the word Jesus had spoken: “Before the rooster crows, you will disown me three times.” And he went outside and wept bitterly.

Despite his shortcomings, Jesus made Peter the leader of his church, the first bishop of a church which today boasts of more than 2.3 billion adherents. What if Lear had denied Jesus for once to save her life and afterwards confessed and went on to continue with her real faith? Would that have been a wiser thing to do, since dead men do not praise God?

In a way, this fanatical and stubborn clinging to faith shows to what extent parents usually indoctrinate their children into religious dogma. Whether such deep indoctrination helps them in the long run or whether it undermines them has also remained a matter of speculation. Beyond this is the fact that in life, there are formidable political and religious leaders who have cult-like followership. Some of their followers would be more than willing to die in defence of their masters. And Jesus was one such leader.

In one of her latest African lyrics which recently began to appeal to my sentiment, our ace gospel diva, Mercy Chinwo, typified this school of thought when she sang: “Anywhere you lead me, I will go…Jesus, my life is for your glory!” There are so many people like that from country to country, willing to die for their leader should the need arise. They would rather die honourably than betray their master. And there are always activists ready to martyr those Christian believers for whatever reason.

On 15 Feb. 2017, the video was released of members of the Islamic State, otherwise known as ISIS, marching 21 captives along a beach on the Southern Mediterranean coast. Coptic Christians. The terrorists lined the men up. Then the ISIS leader gave out his unmistakably biased message in English language for the world to note:

“Oh, crusaders, safety for you will be only wishes, especially when you're fighting us all together; therefore we will fight you all together until the war lays down its burdens and Jesus. . . will descend, breaking the cross, killing the swine. The sea you've hidden Sheikh Osama bin Laden’s body in, we swear to Allah we will mix it with your blood.”

Following the speech, the terrorists beheaded the men, all but one of them immigrants from Egypt who lived in Libya.

There is so much unnecessary bad blood going on in the world today, especially in the regions which show much hostility toward Christians. These things should not be happening in a country like Nigeria. The Nigerian people cannot continue to live with these severe levels of fear. True, it takes so much for a country to attain true democracy. Many lessons have to be learnt, as in George Orwell’s ‘Animal Farm’. But most importantly, it is absolutely imperative that Nigeria’s political, social and religious leaders are calculative and one step ahead of their social, religious and security challenges. There is too much bloodshed on the land already. They must not allow Nigeria’s democracy to be attained at the inexplicable cost of the process being continuously watered by the blood of innocent youths and young-adults who already feel that the generation before them actually let them down. Doing so would be asking for retributive justice. And at the end of the day, these are some of the facts that will count.