The Four Deadly Sins Of China In Africa 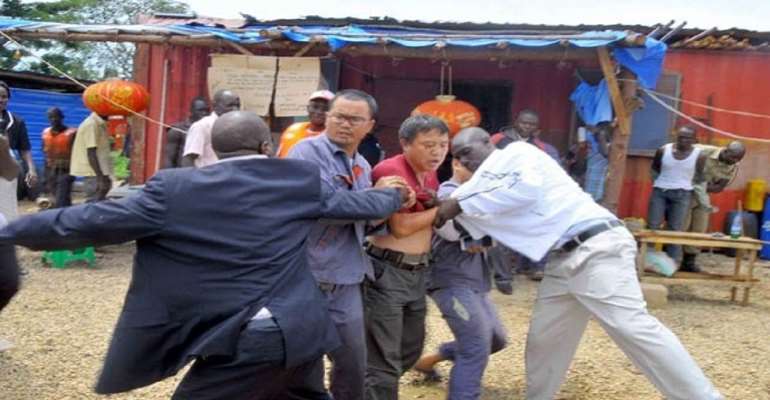 Why are the Chinese breaking the rules in Africa, yet they don’t tolerate crime in their country? There are many people around the world, including the Chinese, who believe Africa has weak laws, porous borders, and security and therefore, is the right place probably, to commit a crime and escape punishment. Are they right?

The fact that after colonialism, African leaders now depend on the Chinese government towards the continent’s development, some Chinese nationals have taken it as an opportunity to continue committing crimes and violating our laws but the question is: How long will China continue to abuse that trust and friendship on the continent of Africa?

List of serious crimes the Chinese are committing in Africa 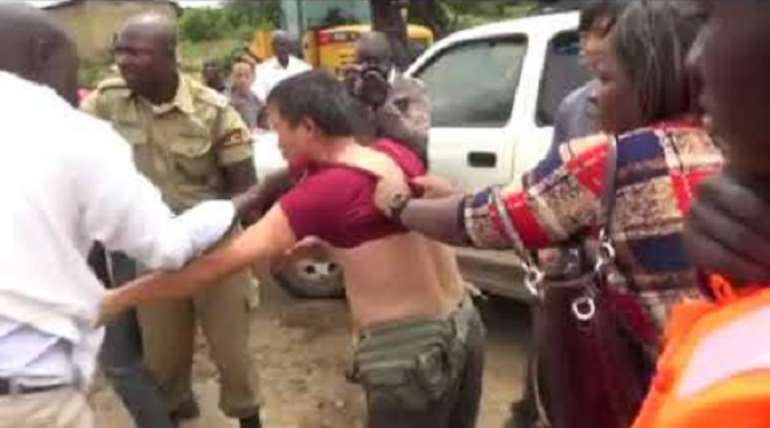 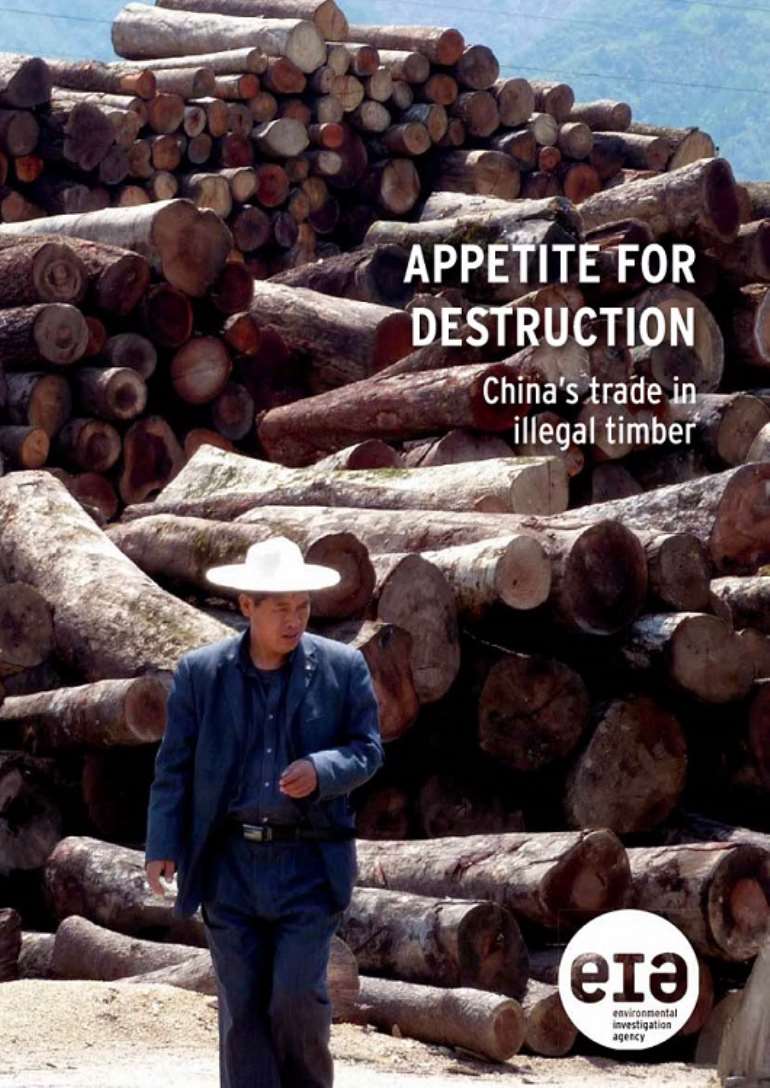 The Congo Basin is one of the largest wood suppliers in the world. A resource on which all the great world powers are throwing themselves, as in a perverse rite that sees Africa robbed of riches for the benefit of a few, with the complicity of states of dictators, who think more of their own good and wealth than that of their countries.

According to estimates, around 30% of the timber imported into the EU from non-European countries would, in fact, come from illegal sources. China is the number one supplier - 5025 million Euros, followed by the USA -3910 million, Brazil - 2654 million, and Russia 2247 million, but the important question is where do these countries get the wood they export to Europe? Except for Brazil, the other countries of wood take it right into the Congo Basin, Africa.

China’s illegal crime has no boundary, In the month of July 2015, one hundred and fifty-three Chinese citizens were sentenced to life imprisonment for illegal logging in northern Burma, a region rich in precious wood, such as teak, padauk, ebony, rosewood but imprisonment lasted less than a week, because the government granted clemency.

In another development, a Chinese company suspected of illegal logging timber from Africa, through the port of Antwerp Belgium for four years was intercepted by the Antwerp customs. The freight was a load of tropical hardwood from Gabon, which according to the Belgian custom officials, Paduak is a high-quality wood.

Also, an environmental protection group has accused China of being the main player in the illegal logging in the Congo Basin that covers Angola, Burundi, Cameroon, Central African Republic, Congo, Gabon, the Democratic Republic of Congo and Rwanda. The major problem is the deforestation and the environmental problems the Chinese are creating on the African continent.

The coasts and African seas are the most looted in the world due to illegal fishing and China is responsible, especially with regard to the fishing activity in front of the coasts of West Africa, perhaps the most affected.

With catches exceeding 3 million tons per year, the consequences for biodiversity are disastrous. In fact, two-thirds of Chinese vessels supported abroad are sailing in the continent of Africa’s waters and are on the rise. According to the Greenpeace report, in 1985, only thirteen ships operate in African waters, today there are over five hundred. 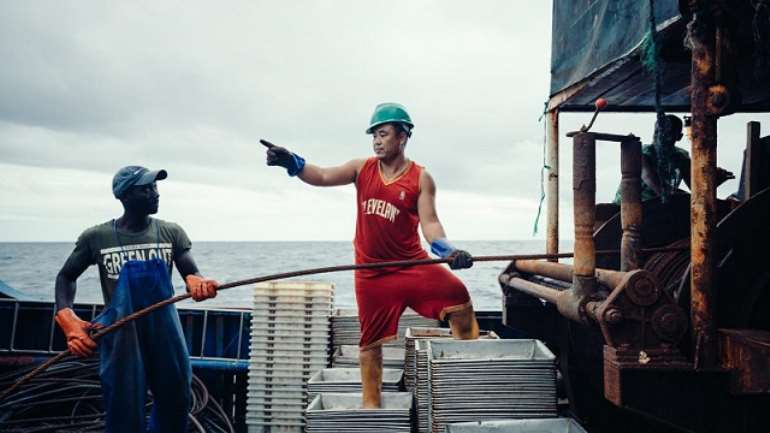 The Chinese nationals have been stealing fish from African waters

Chinese illegal fishing has affected Africa in a manner that African fishermen go to seas and come home empty-handed. The sea is completely empty because the Chinese vessels don’t put back small live fishes into seas to grow or reproduce, they take everything into their fishing vessels.

The official representatives of twenty-four African countries met in Cameroon to address the issue of illegal fishing that is bringing to its knees, not only biodiversity but also the economy of the populations that live on the coasts of the continent. Ministers called on China, the most active nation with its fishing boats in Africa, to put an end to overfishing and unregulated fishing.

Senegal officially reported that the country’s military detained seven Chinese trawl-type fishing boats illegally fishing in the Senegalese waters. The Senegalese naval patrol intercepted the Chinese on the coast of the Casamance in the southern region of the country.

In two of the Chinese fishing boats intercepted on the coast of Senegal have more than 30 bags of illegally captured shark fins and one endangered giant hammerhead shark, each of which was fined 250,000 Euros. At the same time, Chinese ships were heavily fined 350,000 Euros.

According to a survey conducted by the Frontiers of Marine Science magazine, illegal and unregulated fishing has caused $2.3 billion in damage to West African countries each year. Last month, Greenpeace said that several countries in West Africa seized eight illegally fishing Chinese fishing boats and the owners may face up to millions of dollars in fines.

More and more Chinese offshore fishing fleets are heading for West African waters because of government corruption and weak enforcement. Experts say that most of the fish caught by Chinese ocean-going fishing boats come from West Africa.

The illegal wildlife trade globally, in many endangered and critically endangered species, amounts to $15 to 20 billion annually and is the fourth largest illegal trade in the world. China is the second richest country in primates in Asia, and about 80% of Chinese primates are currently listed as threatened, vulnerable, endangered or in grave danger, researchers report in the Biodiversity and Conservation study, which examined the situation of primates in the country.

In recent days in China, the authorities have made a record seizure of as many as 2,748 ivory tusks, which are the result of the massacre of 1,374 elephants, according to The Traffic Network reports, including the WWF. The illegal wildlife trade, estimated at nearly US $ 20 billion a year, is devastating some of the world's most valuable animals, such as pangolins, killed for their flake trade, tigers, rhinos and elephants. About 20,000 African elephants are killed each year, 55 a day, due to the illegal ivory trade. 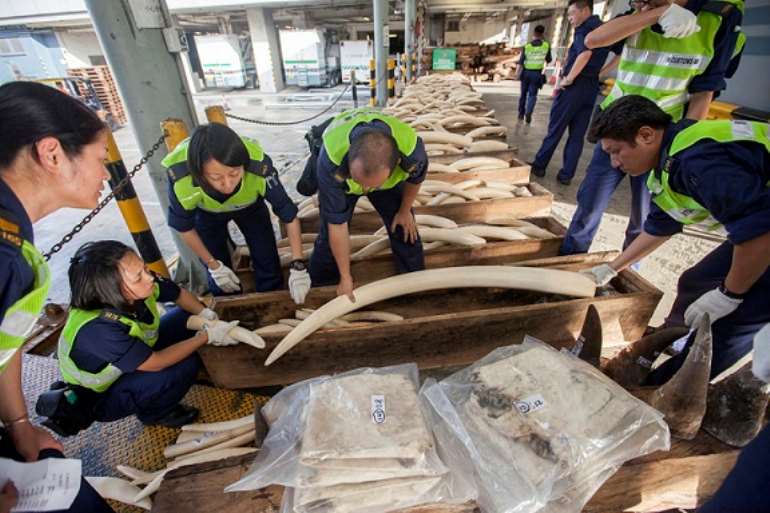 The elephant population is reduced to 10% compared to a century ago, while Tanzania, once a veritable paradise for elephants, has lost 60% in the last 5 years alone. “The slaughter of elephants for the ivory trade is one of the most horrendous crimes of which we can stain our species in relation to other animals,” says Isabella Pratesi, WWF Conservation Director Italy.

The African population is increasing rapidly and the resources and technologies available are still uncertain in meeting the growing population's demand for food and other agricultural commodities, therefore, African leaders must be tougher to deal with the menace of Chinese nationals to save the continent, the economy, and the population.