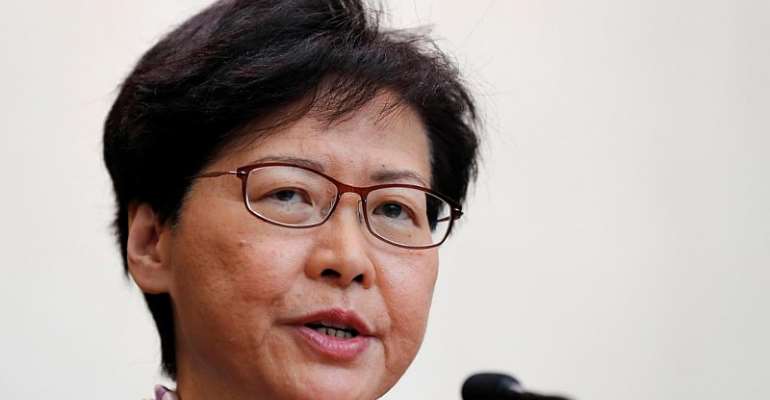 The two-month crisis has become the biggest threat to Beijing's rule of the semi-autonomous city since its handover from the British in 1997.

One of the protesters' key demands is for Lam to stand down.

But in Beijing, a day after rallies that included clashes between protesters and pro-government men, the Communist party's mouthpiece, the People's Daily, published a front page commentary defending Lam.

"All kinds of evildoing go beyond peaceful demonstrations. No civilisation or society governed by law will tolerate this," it said.

"The central committee has full confidence in chief executive Carrie Lam and fully affirms her work."

Spread
The demonstrations started as protests against a planned law that would have allowed extraditions of criminals to mainland China.

They spread into a wider call for democratic reform. On Monday, Lam said the city was nearing a very dangerous situation as she framed the protests as a challenge to China's sovereignty.

"I dare say they are trying to destroy Hong Kong," said Lam.

Shortly after Lam spoke, protesters took to the city's streets in the most widespread day of disturbances. Demonstrators and pro-government groups were filmed fighting each other using poles and street signs.

Previously the unrest has mostly involved police firing tear gas and rubber bullets at protesters, who have thrown rocks and other projectiles.

Under the terms of the 1997 handover deal with Britain, Hong Kong has rights and liberties unseen on the Chinese mainland, including an independent judiciary and freedom of speech. But many say those rights are being curtailed, citing the disqualification of prominent politicians and the jailing of pro-democracy protest leaders.