Please, spare us the ordeal, give us Madam Akua Donkor instead 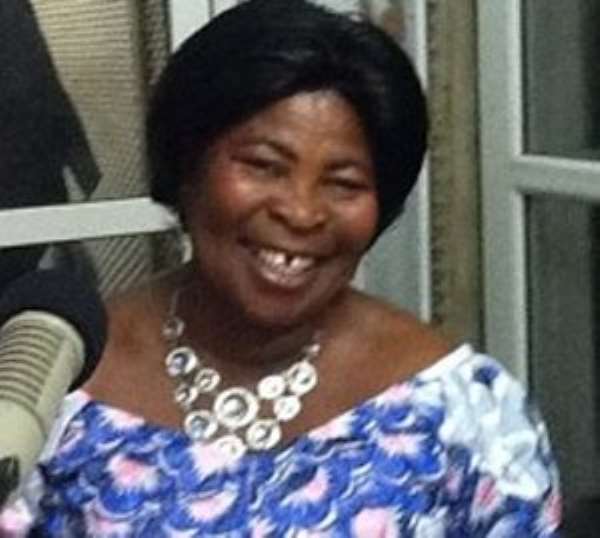 I remember somewhere last year, some NDC’s stone pelting brats pelted the Health Minister, Kwaku Agyemang Manu with stones for attempting to inaugurate one of the much touted Mahama infrastructural projects in the Central Region.

Disgustingly, the ill-informed leader of the NDC stone throwing scumbags gave a flimsy excuse that, since the NPP operatives failed to acknowledge the said Mahama project, the NPP government has no business completing and inaugurating the Government of Ghana’s project. How bizarre?

Back then, I could not contain my emotional intelligence and arousing disgust when I heard the playful leader of the NDC stone pelting bandwagon insisting somewhat incredulously that the NPP operatives can only be allowed to go near the NDC’s uncompleted projects if they render an unqualified apology to Ex-President Mahama. How unfortunate?

We should, however, not lose sight of the fact that we choose to elect a government to oversee our national affairs. And, we, in turn, are obliged to pay taxes to the elected government in order to run the country seamlessly.

In addition, the elected government has our unfailing support to go for prudent loans to support the day-to-day management of the country.

In effect, we (the citizens) pay for all the expenses pertaining to the management of the country.

Deductively, Ex-President Mahama meant to suggest that every lousy government could easily undertake that role of governance. By inference, the erection of infrastructural projects is as easy as ABC.

No offence intended, though, Madam Akua Donkor of the Ghana Freedom Party (GFP) could put up more infrastructural projects if given the opportunity.

To be blunt, and rightly so, since discerning Ghanaians are obliged to pay taxes, it would be boundlessly unconscionable for any government and its teeming supporters to hide behind social amenities and infrastructural projects such as public toilets, schools, roads, water, electricity, amongst others.

After all, to whom much is given, much is expected.

This means that Mahama and his NDC government added more than 113 billion Cedis within a short space of time, albeit not much to show for.

We should, therefore, venture to stress that the said uncompleted infrastructural projects cannot be the bona fide properties of the members of the National Democratic Congress (NDC).

I must, thus, confess that I unhesitatingly applaud President Akufo-Addo and his NPP’s government’s unwavering enthusiasm towards the completion of the most of the abandoned infrastructural projects initiated by the NDC government and funded by the Government of Ghana.

Sad to stress that the erstwhile Mahama administration abandoned the vast majority of the uncompleted infrastructural projects initiated by the Kufuor’s administration, including the important Kumasi-Accra high road which former President Kufuor initiated.

Indeed, the NDC government blatantly failed to complete most of the projects former President Kufuor initiated, including ‘Sofoline interchange (Kumasi), all the affordable housing projects, the mini dams meant to provide electricity to small towns and many other abandoned projects started by the previous NPP government.

Mind you, we have over the years been electing terrible economic managers who cannot see their backsides from their elbows and have only succeeded in sinking the economy deeper and deeper into the mire through corrupt practices.

Believe it or not, a large portion of Ghana’s scarce resources, unfortunately, went down the drain due to the mismanagement and the wanton corruption perpetrated by the officials of the erstwhile Mahama administration.

Disappointingly, however, Ex-President Mahama and his NDC government chose to protect the corrupt public officials, including the crocodile tears shedding Brazil World Cup cabal who revoltingly bought a ball of ‘nkran dokono’ at an amazing price of $20.00, a whole coconut for $200.00 and paid the Brazilian escort an incredible $4000.00 per journey to a local market.

That notwithstanding, the loyalists NDC supporters would want discerning Ghanaians into believing that the erstwhile NDC government provided exceptional governance. Indeed, vague apprehension of patriotism exists in the minds of many Ghanaians, who prefer narrow party coloration to defending the national interests. How pathetic?

Well, whichever way you may place the argument, it is absolutely true that if discerning Ghanaians had not graciously intervened by showing the ravenous and phlegmatic NDC government the exit during the 2016 election, the dreadful errors in decision-making and the rampant sleazes and corruption would have wiped out Ghana off the world map without a trace.

In fact, if I happen to be a diehard NDC loyalist, I would engage in a carefully considered reflection and consider voting instead for Madam Akua Donkor, since I love to hate NPP for no apparent reasons.

Let us be honest, Madam Akua Donkor, who has no classroom education, will not even go for unreasonable loans, and then resort to IMF stringent conditionalities.

Besides, Madam Akua Donkor, who is a devoted farmer, knows the importance of agriculture in the economic growth of a country like Ghana.

So, Madam Akua Donkor will definitely pay attention to the agricultural sector and ensure that the sector does not grow 0.04% as it happened under Ex-President Mahama’s watch.