Takoradi Kidnapped Girls: Police Charged To Up Their Game 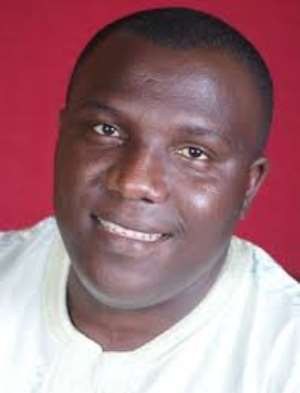 The Chairman for the Parliamentary Select Committee on Defense, Hon. Seth Kwame Acheampong has charged the Ghana Police Service to up their game in their search for the Takoradi girls who have gone missing since last year.

He made this call on Wednesday in an interview on Accra based Peace FM's evening news, whiles congratulating the security agencies for their immense support in the rescue of the abducted Canadian girls.

The two Canadian girls who were kidnapped in the Ashanti Regional Capital, Kumasi last week, were rescued by national security operatives on Wednesday.

Eight suspects made up of five Ghanaians and three Nigerians, according to the Minister of Information, Kojo Oppong Nkrumah, have been arrested in connection to the kidnapping.

Hon. Kwame Acheampong, who was full of praises said the security agencies have shown commitment to end the spate of kidnapping in the country, adding the rescue of the girls glorifies the country as a whole.

However, he believes the search of the Takoradi girls is long-overdue and further called on the police to up their game.

The victims, namely Ruth Love Quayson, Priscilla Blessing Bentum, and Priscilla Koranchie, have been in captivity for several months.

Priscilla Blessing Bentum was first kidnapped on August 17, 2018, while Ruthlove Quayeson was kidnapped on December 4, 2018.