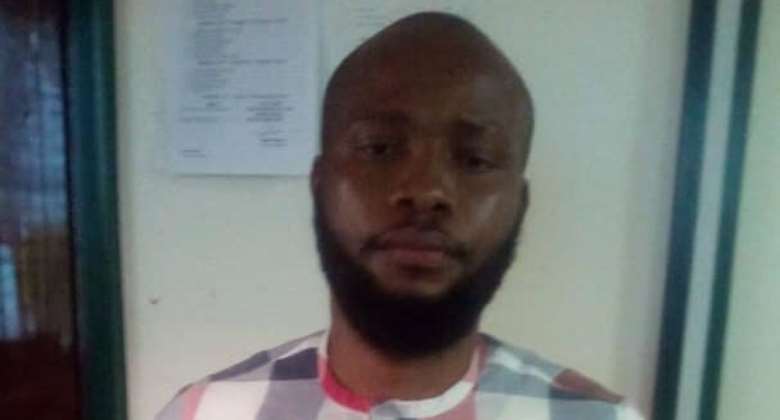 The third Nigerian suspect in the Takoradi Kidnapping case, Chika Innoidim John, has been extradited to Ghana for further action.

According to Citi News sources, the suspect was brought to Ghana yesterday [Wednesday] by some Nigerian Security operatives.

The suspect was arrested in August by Nigerian security services and their Ghanaian counterparts triggered repatriation processes.

It however delayed because the suspect Chika Innoidim John was been investigated by Nigerian police on other alleged offenses.

Before his arrest, the Ghanaian police had two suspects in custody for their alleged involvement in the kidnapping of four girls in Takoradi who have since been confirmed dead by police.

The main suspect, Samuel Wills is currently serving an 18-month jail sentence for escaping from police custody while other charges are still pending. His alleged accomplice, John Orji, is also on remand.

Human remains belonging to the missing girls were found in a sewage system near his home.

The Acting Inspector General of Police, James Oppong Boanuh in a press conference announced that the DNA test on the human parts found matched the girls’ remains.

The victims, Priscilla Bentum, Ryth Love Quayson, Priscilla Mantebea Kuranchie, and Ruth Abakah were kidnapped in Takoradi in the Western Region between July and December 2018.

Meanwhile, some family members have rejected the results calling for an independent probe into the case. Some have even called for the resignation of the CID boss COP Maame Yaa Tiwaa Addo-Danquah for making contradictory statements about the kidnapping case.