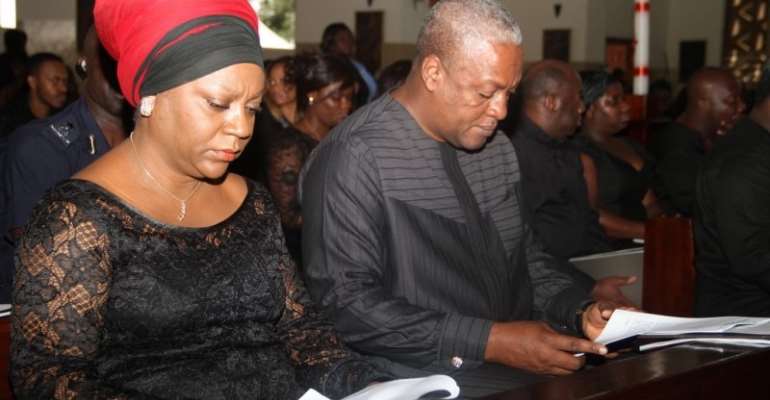 I must confess though, I do appreciate the inkhorn dexterity of the author of the opinion piece, captioned: ‘Goliath, David is coming!’ which appeared on ghanaweb.com on 11th June 2019.

In addition to my intense interest on the superlative literary tropes, I share in the author’s sentiments over the revoltingly ugly incidents which took place during the despotic rule of the coup making founder of the NDC, Rawlings.

Our point of departure, though, is the author’s idiosyncratic usage of ‘Goliath and David’ catch phrase.

Verily, it is quite oxymoronic for the author to imply that the so-called ‘David’ is capable of matching the said ‘Goliath’ ‘boot for boot’.

But all said and done, I could not agree more with the author; there is no justification for any truculent coup d’état.

Fact is, Rawlings and his minions manipulated Ghanaians. Didn’t they vow to lustrate the country of the perceived rampant sleazes, corruption and social injustices?

And, what happened after allegedly purging the country of the perceived injustices through the so-called “house cleaning exercise”,--by dealing with perceived offenders arbitrarily?

It is, however, important to note that Rawlings and his coup making geezers bamboozled onto the scene under the pretext of redeeming Ghanaians from the economic mismanagement and wanton corruption, and yet they couldn’t even get rid of the rampant sleazes and corruption in their NDC government, let alone the entire nation.

The sceptics argue that the founder of NDC, J. J. Rawlings, paradoxically, goes about preaching probity and accountability, but fails to practice.

The critics, however, insist somewhat poignantly that it is quite ironic that someone who bamboozled onto the scene under the pretext of eliminating the widespread sleazes and corruption would turn to a fantastically corrupt former Nigerian president Abacha for a furtive cash gift.

It is with the deepest regret to venture to state that innocent citizens lost their inherent dignity and human rights in the days of the hopeless coup d’états.

Candidly, I find it extremely abhorrent to see some people singing praises of other human beings who can torture people with more than two vehicles.

How can anyone justify the fact that house owners were punished severely for having more than one toilet facility in their households?

Let us be honest, it was never right when the innocent business men and women were tortured and murdered for legally borrowing meagre sums of money from banks to support their businesses.

Why must any patriotic Ghanaian jump for joy when billions of cedis (in 50 cedi denominations) were impertinently seized from ordinary Ghanaians, albeit without a trace?

Make no mistake, the author is right on her criticisms of the needless coup d’états.

I am, however, not sure about the capabilities of the so-called ‘David’ of our time.

I am afraid, the said ‘David’ is not capable of redeeming Ghanaians from the perceived bondage, taking his previous performance into consideration.

Once upon a time, the general belief was that leadership was a trait from birth. And more so leadership was only ascribed to tall, handsome and well-connected individuals.

Obviously, that was an utter misconception. The fact of the matter is that leadership skills can be acquired through schematic tutorials or routine training.

The overarching question then is: with so many people purporting to be leaders these days, how do we distinguish between a true leader and a demagogue?

To be able to do justice to the preceding question, we must pause, reflect summarily and ask: what is it that a leader is actually trying to achieve?

A true leader wants nothing more than to make people independent, as leaders in their own rights. And instead of trying to inebriate us with his or her rhetoric, a true leader reflects our own light back to us.

Biblically, Moses was a true leader. We read in Exodus that he was a shepherd - a rather unpretentious beginning for the man who would speak to God.

He kept watch as thousands of sheep grazed the fields. Moses noticed that one sheep was missing and went off to look for it, finding it at a distant apart.

When the sheep had finished drinking, Moses lifted it onto his shoulders and carried it back to the flock. When Jehovah God saw this, he became aware that Moses was a man of reason, empathy and selfless devotion, a man truly worthy to lead His people; a man who would put his empathetic qualities at the disposal of the needs of his subordinates.

After all, no one was keeping an eye on Moses; Moses could easily have thought to himself, “why be concerned with one sheep when there are thousands”?

Somewhere in 2015, I rang my mother to find out how she was getting on with life in Ghana.

However, our conversation inadvertently stretched into Ghana’s political landscape.

Kwaku: Hello Mum, how are you doing?

Mum: Hmmm, I am not feeling good at all this morning. My body is really aching.

Kwaku: Have my sympathy Mum; I think you are feeling the intrinsic effects of aging.

Mum: Many thanks for sympathising with me my son.

Kwaku: What about life in general then Mum?

Mum: Eiiiiii, Kwaku, it has become extremely hard ooooo! The ‘dumsor’ is not going away, prices of goods are on the high and your brothers and sisters businesses are collapsing.

Kwaku: I know Mum; I noticed all the hardships when I visited Ghana in March 2014; have my sympathy once again.

Mum: Many thanks for showing concern, Kwaku; are you also experiencing hardships as a result of bad governance amid dumsor over there in London?

Kwaku: Dumsor? No Mum. I have not witnessed a single dumsor since I have been in the United Kingdom.

Mum: Really? Do you mean for the last three decades you’ve been in the United Kingdom there has not been a single dumsor?

Kwaku: Yes Mum; we do not have dumsor time table here.

Mum: Your President is doing well then; do you normally vote for him?

Kwaku: Yes Mum, our Prime Minister is performing alright. And to answer your follow up question, I do not normally vote for the Conservatives because I do not subscribe to their ideology and campaign messages.

Mum: But your Prime Minister is doing fantastically well, so what all the farce about campaign messages?

Kwaku: Mum, you don’t vote for the sake of voting; you weigh all the campaign promises before giving away your mandate.

Let me tell you Mum, I did not even vote for my MP (Kwesi Kwarteng), the Conservative Party parliamentary representative, who has Ghanaian parents.

Let me tell you once again Mum, although I am one of the king makers in the Labour Party’s leadership contest by virtue of my Trade Union membership, I voted for the then Conservative candidate, Theresa May in the 2016 general elections because of her compelling campaign messages back then.

Kwaku: Do you mean President Mahama?

Mum: Yes, I voted for him because of his handsome looks.

Kwaku: Hmm, Mum, why did you then moan over the hardships back then? Didn’t you choose handsome looks over competence?

Kwaku: Well, Mum, competence does not reside in ones stature.

Mum: But President Kufuor was tall, handsome and extremely competent.

Kwaku: You are right Mum. But you are also aware that we have useless tall and handsome individuals around.

Take, for example, the biblical Goliath was also tall and handsome, but was useless, for it took the midget, competent and intelligent David to floor him.

Mum: Well, Kwaku, so what is your point now?

Kwaku: Mum, am glad you’ve embraced the message. Please don’t keep it to your chest; pass it on.

Mum: Many thanks Kwaku for your illumination.

Kwaku: That’s alright Mum. I am duty bound as a bona fide citizen to highlight the truth at all times regardless.

How glad I was; I managed to get the real message to my Mum, who will in turn, pass on the message to her dependents and other associates.

Henceforth, my Mum and her likes will not vote for any incompetent ‘David’ of our time for the voting sake, but they will rather vote based on the candidate’s competence, realistic campaign messages and integrity.

You disappointed Assin North MP, you abandoned him in court ...
32 minutes ago