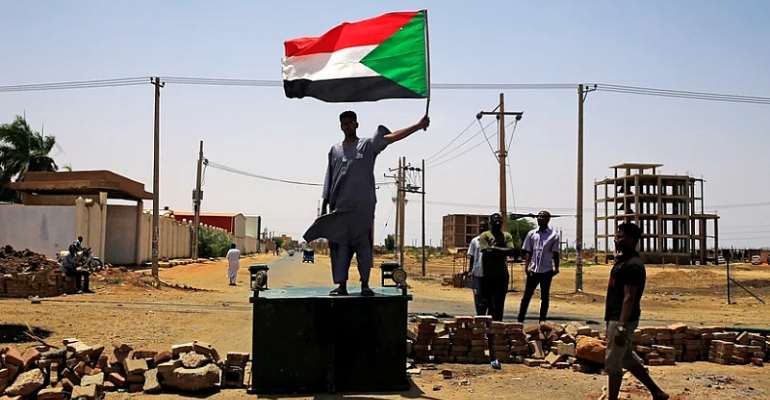 On Monday, security forces in Khartoum killed numerous protesters. The African Union has therefore suspended Sudan's membership for the time being.

After the violent suppression of protests in Sudan, the African Union (AU) suspended the country from the organization. From now on, the country's participation will be suspended from all AU activities until a civilian transitional government is established, the AU announced via Twitter. This is the only way that Sudan can lead from the current crisis.

Security forces violently broke up a sitting blockade in the Sudanese capital Khartoum on Monday. In the course of this and further violence against demonstrators, more than 100 people were killed and 500 others injured, according to a medical association. The Ministry of Health, on the other hand, speaks of no more than 46 dead. One activist, Amal Al-Sein, said the death toll could be much higher. In several places corpses were found in the Nile. Some had gunshot wounds, others were apparently beaten to death and thrown into the river, she said.

In Sudan, the military has been in charge since long-term ruler Omar al-Bashir was overthrown in April. The protest movement in Sudan, despite the brutal actions of the security forces, wants to stick to its strategy of civil disobedience until the transfer of power. "Our success depends on our full observance of peaceful protests, no matter how hard the criminal militia try to force us into violence," said the pro-democracy association SPA for months on its Facebook page.

Dreaded Rapid Support Forces
The violence on the part of the security forces escalated on Monday after weeks of negotiations between the ruling military council and the opposition. The SPA Committee of the SPA said that until Thursday, a total of 108 people were counted by security forces. On the same day, the Chief of the Military Council, General Abdel Fattah Burhan, renewed the offer to the opposition to negotiate a transition to a civilian government. The SPA immediately refused and called for blockades and other actions to bring public life to a standstill.

Violent crackdown on demonstrators has also been reported from 13 other Sudanese cities. The paramilitary Rapid Support Forces, which emerged from the Janjaweed militia, was described as particularly brutal. The Janjaweed had been used by the ruling Omar al-Bashir, who had been deposed by the military in April, to crush the uprising in Darfur in the 2000s. Allegations of genocide were made against Bashir and others responsible for it.