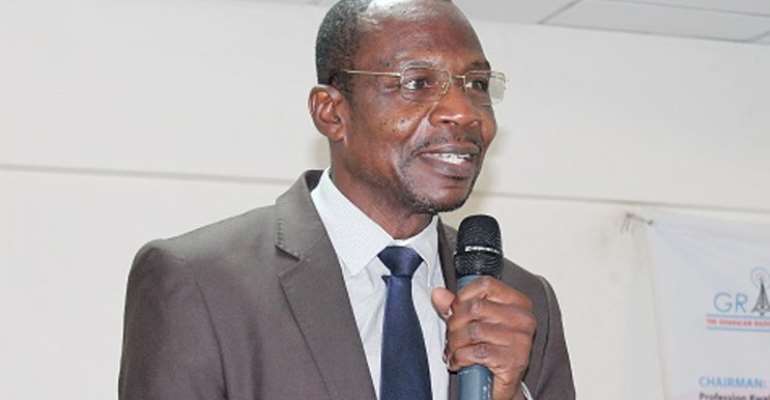 Would you believe that it was journalists who advocated the closing down of the Press Club after the Kwame Nkrumah government had been overthrown in February 1966?

The political activism of the 'socialist boys' who dominated the media scene in the years 1960-66 had so antagonised some people – including people in the civil service ‒ that some people were determined to 'smash' the 'journalists'.

Well, they chose a clever way to do it. They tried to 'kill two birds with one stone'.

First, they drove the Ghana Association of Journalists and Writers out of the beautiful premises that the Nkrumah Government had presented to the Association as its 'Press Club' premises. Now, when I say 'beautiful premises', I mean precisely that. These premises had huge grounds, adorned with well-kept carpet grass.

To sit under the shade of a tree on chairs placed on the green grass and drink cold beer on a hot afternoon was blissful. Apart from the grass, the garden had pots in which nice roses were growing. Jasmine plants also filled the air with exquisite fragrance‒ especially in the evening.

To make it impossible for the journalists to protest at the seizure of their premises, the idea was somehow conceived that the Press Club House should be turned into a journalists' training school!

Now, no journalist worth his/her salt would disagree with anyone who said that our journalists could do with better training. But who is it that drives out the parents‒ in order to accommodate their own offspring?

The Ghana Institute of Journalists, thus, had beginnings that could have been disastrous, with journalists boycotting the Institute or treating its products with scorn.

But good sense prevailed. Sam Arthur, in particular, former editor of The Ashanti Pioneer, deserves great credit for creating a bridge between the journalists and the Institute.

Meanwhile, trust journalists 'without a home' to carry out a magnificent coup of their own. They somehow persuaded the poshest hotel in the country at the time, the Ambassador Hotel, to give them a spacious, well-furnished room in its penthouse, to serve as an 'International Press Club'!

This place was posh, but it could not recapture the popular ambience that the old Press Club House had transmitted. So, eventually, the 'International Press Club' died. Quietly.

But thankfully, something new which holds the promise of providing as stimulating an atmosphere as the International Press Club has now grown in its place. This is called 'The International Press Centre'. Praises must go to ex-President John Kufuor for having recognised the need to help journalists secure such a commodious 'home'. Compare his gesture to that of a former President, whose officials seized the Club House of the Ghana Broadcasting Corporation because they apparently thought 'the Club House was too close' to the presidential offices. What was once the GBC Club House now provides accommodation for officials! I hope President Akufo-Addo will emulate ex-President Kufuor and replace the GBC Club House with a new, decent home.

I am afraid I was not in Ghana when the GJA was reviving itself into the cohesive force it has once again become. Certainly, all the officials who 'held the fort' and turned the organisation into the formidable entity it is now, can hold their heads high.

I have remarked before that not too many journalists go to the International Press Centre. This is probably because the facilities are not attractive enough. For instance, its most useful facility as far as news circulation is concerned, the Internet Room, has been 'disabled' for too long. And the much-awaited proper library is still much awaited!

No ‒ the GJA executive should hurry up and turn the International Press Centre into a 'home away from home' for all journalists.

The GJA should assist the Skuup catering franchise to modernise its facilities at the International Press Centre, so that when journalists want to entertain their friends, they can take them there and have confidence that they will not only get good food to eat but be provided with an opportunity to meet some of the names they only see in print or on the screen.

An inviting and vigorous Press Club House is as important for members of the GJA as it is for the visitors they bring. Even normally reticent people feel free to talk to newsmen and women, when they are in a friendly social setting. In a glamorous setting, people can relax t and engage in profitable social intercourse with others.

“You know something? I didn't like the way the panel on Channel So-and-So was chosen to discuss Subject This-and-That!”

“I thought the panel was biased! On such an important issue, the producers should have tried harder to achieve balance!”

“Ah, look! There's one of the producers! I shall introduce you and you can tell him your piece of mind. Your words will help him when he's choosing a panel on another day!”

“Nonsense! I know him well. He's got a tough skin!” And the introduction is made. That's how really stable nations are built. Through give and take!

So, then, Congrats GJA! Many happy returns!

Buck up so that by the time you reach 80, none of the above suggestions would be relevant to your state of being!

More Feature Article
Modern Ghana Links
Covid-19: Ghana is back to square 1 and worse
The NDC Made a Lot of Electioneering Capital out of this Fake News Report
Reading the COVID Fine Print: The Undoing of the Australian Open
Noguchi Memorial Alleged to be Falsifying Covid-19 Test Results fora Fee
Why are Ghanaians so Corrupt to Ending up Digging their own Grave?
CUTS International aims to become a Civil-Society UNCTAD
Evangelist Reinhard Bonnke’s Exemplary Ministry
Financial inclusion for women in Africa: Pathway to economic empowerment
Is It Justifiable For A Judge To Hear A Contempt Matter Of Which He Has An Interest?
Election Reports Quotes Dossiers
TOP STORIES