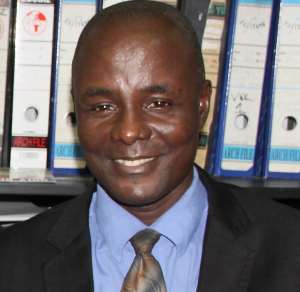 Monday, April 22, was the 81st birthday of Gani Fawehinmi, the late brilliant and successful lawyer and one of the very few credible human rights activists that ever walked on Nigeria’s soil. As rulers impose themselves on the people and ride roughshod on them with utmost impunity, Gani’s brand of selfless activism is being sorely missed. He was a true hero.

Sadly, Nigerians of today are very good at crowning false heroes. Just open any Nigerian newspaper you can find near you and see how many people that are recklessly described on its pages as “credible” politicians, “honest and selfless” Nigerians, or worse, the “conscience of the nation.” You would be shocked to see the number of people that carelessly allow themselves to be associated with such superb, ennobling qualities even when they are fully aware that by their personal conducts, it might even appear as a generous compliment to dress them up in the very opposites of those terms.

Over the years, these words and phrases have been so callously and horribly subjected to the worst kinds of abuses in Nigeria with hardly anyone making any attempt to intervene and seek their redemption. I won’t in the least, therefore, be surprised to wake up tomorrow and hear that decent people in this country have begun to protest and resist any attempt to associate them with such grossly debased terms.

As a people sharing the same country with an ever-growing tribe of shameless, exceptional experts on the egregious art of effective and perpetual devaluation all that ought to inspire awe and noble feelings, it should not come to us as a shock any day to be assaulted by the news that some Nigerians felt grievously insulted that their dogs were, for instance, nominated for “National Honours.” Even the poor dog may bark all day to register its dismay! But do we need to wait for this to happen before we quickly rouse ourselves from our long-lasting moral slumber and hurriedly stop this overly revolting charade of “honouring” people whose only contribution to their fatherland may just be their ecstatic participation in the mindless looting of its resources and effective supervision of its wholesale devastation.

Yes, Nigeria’s “National Honours List” has indeed worked extremely hard to distinguish itself as a worthless piece of paper always starring people who ought to be in jail for the humongous effort they had contributed to the brutal abortion of this country’s lofty dreams and aspirations.

And as you look at the haggard and impoverished nature of a country that celebrates this long list of “illustrious” and “honest” sons and daughters who are honoured for their “selfless” and “invaluable” services to their fatherland, you cannot help wondering why it is very difficult, if not impossible, to see any positive impact their so-called “immense contributions to the growth and progress” of the their country were able to register on that same country and its people.

Why is a country that has over the years accumulated such a very long and intimidating list of “patriotic achievers” and “nation builders” still one of the most backward in the world despite being also endowed with rich, abundant natural resources? How long shall this debilitating self-deception continue to plague Nigeria? What beats me is why some otherwise decent people still allow their names to be used to add some pinch of dignity to that totally worthless list and actually carry themselves to the venue of that festival of the philistine to be decorated with those medals of dishonour?

The problem is that when we look around and there are no genuine heroes to celebrate, we simply invent some. For instance, today, it can safely be said that Nigeria as a country no longer possesses any “Conscience”. If we had any persons that truly qualified to be described as such, they are long dead and buried or yet to hug the limelight. But because we are unwilling accept that very stark reality, we just had to pounce on anyone we find around and proclaim him the “Conscience of the Nation,” whether he merely represents a debasement of that term or not.

It should be quite clear that anyone seeking to be crowned “Nigeria’s conscience” should be able to rise above partisan and other considerations in his interventions in the country and always stand on the side of the truth and the oppressed.

It is not everyday that we produce the likes of Gani Fawehinmi or Chinua Achebe who would always use the same yardstick to evaluate either an Obasanjo or a Jonathan, and if they were still alive today, would use the same for a Buhari. Not for them the sudden, unabashed revision of their well-considered and widely circulated opinion on an any ruler, not because of some new “evidence” of redeeming qualities they have suddenly stumbled upon about him, but merely because the fellow has now banded together with their friends to capture political power. Those who truly qualify to be referred to as a “country’s conscience” always put their country first – always place the welfare of the hapless, long-suffering citizens far above the primitive interests of their politician friends.

When President Jonathan, for instance, sought to decorate Achebe with a “National Honour,” the legendary writer rejected it by saying that the situation that made him to earlier reject the same “Honour” awarded to him by the Obasanjo regime had not changed under Jonathan; and so, he had to once again excuse himself from it. That was his way of telling those rulers that unless they deployed conscientious efforts to fix Nigeria and make life more tolerable for the citizenry, they lacked the qualification to honour him. Achebe would have told the same thing to the now clearly groping Buhari regime were he still alive and such an “Honour” extended to him?

Of course, Gani Fawehinmi would have done the same thing too. He was not one to brazenly take sides in a political conflict, offering high-profile support to one party in the conflict even when it was public knowledge that he was in some way benefiting from his association with the public officers he lending some support. He would have hastened to realize that there was something called “conflict of interests,” and that you do not unduly stretch the people’s trust, beyond its malleable limits. Put another way, you don’t sleep on Delilah’s lap and hope to wake up in Abraham’s bosom.

Somebody who allows himself to be described as “Nigeria’s conscience” cannot afford the luxury of a credibility perennially stained by his very close association with (if not public endorsement of) people generally perceived as strategic, generous contributors to Nigeria’s current chronic problems, a people whose mere appearance anywhere immediately inspires unqualified disgust in the citizens. Anybody can occasionally throw front-page-grabbing “bomb shells” (it is not rocket science), but such pronouncements only make sense to informed people if the person who throws them is able to demonstrate that he is not merely a “situational activist” who only finds his voice when the target is a “safe” one. To him, corruption does not lose its egregious hue when accusing fingers are pointing at a friend.

The danger now is that a growing number of people have already begun to look a bit too closely and have begun to discover that even the loud “king” whose ill-fitting, borrowed costume had engaged their unqualified admiration and awe for a very long time now is actually unclad like the rest, and that beyond well-aimed pronouncements, much of what they had witnessed so far is just an unduly stretched farce, despite the unending, drab “oriki” booming from tireless praise singers.

I think we should just tell ourselves the plain truth: for now, this country has no conscience! Indeed, conscientious and discerning people will know when one eventually emerges. When Gani was here, we all knew and acknowledged his worth.

*Ugochukwu Ejinkeonye, a Nigerian journalist and writer, is author of the book, NIGERIA: Why Looting May Not Stop ( [email protected] )