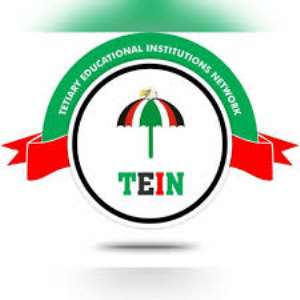 The Sunyani Catholic Unversity Branch of the Tertiary Educational Institutions Network (TEIN), a students wing of the National Democratic Congress (NDC), has called on government set up a committee to investigate the 40footer container which was fully loaded with weapons at Tema port last week.

The students in an interview on Goaso based Success FM appealed to Christian Council, Civil Society Organizations and other international organizations to speak up on the matter.

Below is the full statement:
Investigate 40ft container with weapons intercepted at Tema Port-TEIN to Government

We the TEIN students at the Sunyani Catholic University has appealed to the Christian Council, Civil Society Organizations and other international organizations to speak up on the matters since most Ghanaians are now living in fears after the tragic incidents that occured at trhe Ayawaso West Wougon By-election and as Ghana also go to polls in 2020.