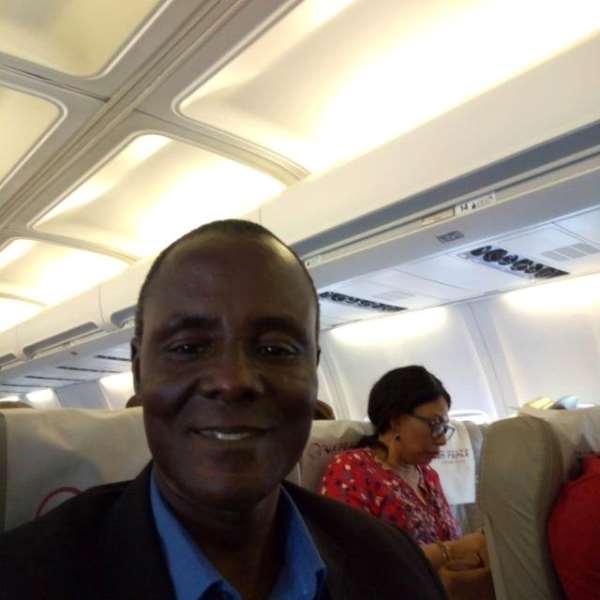 As President Muhammadu Buhari, the commander-in-chief of the Nigerian Armed Forces, moves from one state to another, campaigning for a second term despite nearly four years in office which has been widely adjudged a horrendous failure, a 15-year old, tender, innocent girl called Leah Sharibu remains a hapless, pathetic, traumatized captive of Boko Haram, obviously, under the most dehumanising conditions. Given what has, reportedly, been the horrible experiences of young, beautiful girls like her who have been captured by these terrorists, one is really scared to imagine what Leah might have been subjected to for nearly one year now. Most painful is that she hardly gets mentioned again these days by those whose job it is to rescue and bring her home!

Has Nigeria forgotten her then? Has President Buhari who may have Leah’s age mates as grandchildren forgotten her? Has he given up hope of ever bringing her home again to her heartbroken parents? What happened to the president’s very loud promise to rescue her quickly? Or even his firm pledge during the campaigns for his first term that he would end the Boko Haram menace in six months and ensure the freedom of all their captives? What did he have in mind to do when he was making these promises? Has he executed those plans and what was the result? Or was he merely dropping the promises (just to win the election) which he probably no longer remembers, let alone making any attempts to fulfil?

Leah was among the 110 students of the Government Girls’ Science and Technical College, Dapchi, Yobe State, abducted by Boko Haram terrorists on February 19, 2018. She was only 14. When in March news broke that the terrorists had brought back the girls with the same fanfare they took them away like kids going on an excursion, Leah’s parents rejoiced like the other parents, and rushed down to embrace their beloved child and take her home. But on discovering that her child was not released with her classmates, Leah’s mother, Rebecca Sharibu, fainted. The shock was too much for her.

Speaking of her experience later, she said, weeping profusely: “My heart was broken when I searched through the released girls and could not set my eyes on my dear daughter, Leah”.

Leah’s equally traumatized father, Nathaniel Sharibu, could only sorrowfully plead that serious effort be deployed to bring his daughter back: “Nigeria must do all within its powers to bring back my daughter the same way they did to others.” After nearly one year and no heartwarming news had come in about his beloved daughter, the only girl in the family, his conclusion would probably be that he merely sang ballads to the deaf!

The terrorists had refused to release Leah because she is a Christian and had refused to renounce her faith and convert to Islam as demanded by the terrorists. That was her offence which she has paid dearly for. Her heart must have bled as she watched the other girls go home, but she remained firm in her resolve not to trade her faith with her freedom. If she is still alive (and we believe she is), there is no doubt that she is still firm and unbending about her faith.

How does Leah see Nigeria and her leaders today? An American boy would look you straight in the face and declare that he is ready to die for America any day, anywhere, and he means every word he uttered. Same goes for youths from several other countries. Why? They know very well that should any of them be in trouble any day or anywhere, their country would spare no resources and efforts to rescue them. They also trust in the ability of their country to get them out of harm’s way. Their leaders are patriotic and humane and sincerely love and care for the people they are governing. They are not the callous and selfish type who only remember the likes of Leah when they want to use their predicament to score cheap political points.

On Saturday, June 23, 2018, a young football team in Thailand, made up of 12 boys between the ages of 11 and 16, went missing with their coach in a Northern Thailand cave. The world stood in awe as their country went all out to trace and bring them home. Nobody bothered to ask why they embarked on such an adventure. That was no longer necessary. The most important thing was their safety. The whole country and their leaders united in their resolve to rescue the boys and gave themselves no rest until they were found and brought back to safety. The dedication and concern of the Thai leaders aroused the sympathy of the world which moved in to help.

In saner countries, the worsening insecurity in the land and the fact that many of our citizens are either in captivity or brutally displaced are enough reasons for Gen Buhari to excuse himself from a second term contest. But in these parts, people seek power not to serve the citizenry, but largely to gratify some self-serving interests. So, even if they run the country completely aground, they would still seek another term in order to return to play the undertaker. The verdict of history holds no attraction for them.

So, as Buhari is campaigning for a second term, Leah’s hot tears continue to flow. Each day, she looks out for the rescue team that is yet to even take off. Sense of loneliness and abandonment are her daily sources of torments. May be, our leaders are wishing that we should forget Leah and move on – like they seem to have done to the Chibok girls. After deftly deploying their horrible plight to great effect to win the election in 2015, they are yet demonstrate that they possess the capacity to bring them home.

As Boko Haram captures more communities, all we hear is INEC’s assurances that it will still conduct elections in those areas. That is what is important to them, not necessarily the liberation of the people whose lands have been violated and annexed. In some of the places, aid agencies are no longer able to access the people trapped here and there with food and medical supplies. Poorly motivated and ill-equipped soldiers are being killed with chilling frequency by better armed terrorists. The country under a retired general seems to have relinquished the monopoly it ought to exercise over the instruments of violence and coercion. Nigerians have, therefore, become lame ducks before bandits who brazenly abduct, kill and render them homeless daily with utmost impunity – as if government is on recess. It is that bad.

*Ugochukwu Ejinkeonye, a Nigerian writer and journalist, is the author of the book, NIGERIA: Why Looting May Not Stop ( [email protected] )

Ugochukwu Ejinkeonye, a Nigerian Journalist and Writer, is the author of the highly demanded book, "NIGERIA: Why Looting May Not Stop." He is a Columnist/ Member, Editorial Board, " Daily Independent," newspaper, Lagos ([email protected]); @ugowrite