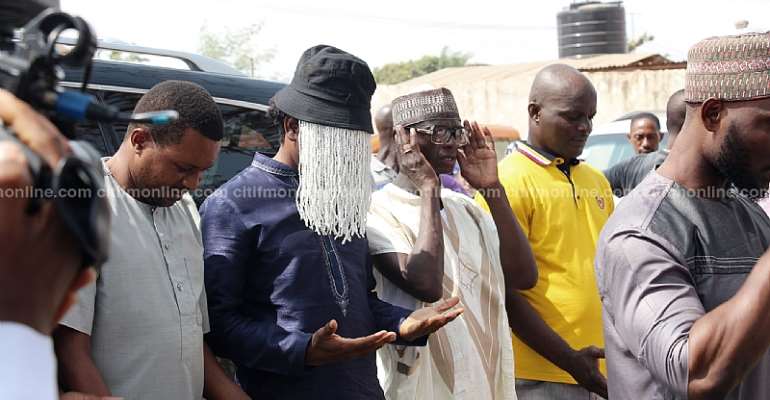 You have fallen for the manipulations and the diversionary tactics employed by the leader of the Tiger Eye PI, Anas Aremeyaw Anas, and his counterpart in crime lawyer, to thwart the police investigations into finding the real murderers of your dear family member, Ahmed Hussein-Suale. The objective of your press conference I have listened to, accusing Kennedy Agyapong (Hon) of your family member’s death is prejudicially saying that you know the culprit already hence no need for the police to spend their precious time chasing the wind since the murderer is already known.

Let me tell you the gospel truth although it hurts to be confronted with the truth. We do not often say bad things about the dead but for the sake of establishing the truth, curtailing the infatuation with swindling Ghanaians and others by so-called “Holier than thou” Ghanaians, the world needs to know the actual job your deceased family member was doing and how he did it.

To be honest with you, following how he did his job as a team member of the Tiger Eye PI, he could never be described in any way as a journalist of international repute. He was simply a member of a criminal enterprise, with the aim and objective of illegally enriching themselves through setting up people, blackmailing them and asking for payment of heavy sums of money to drop their findings against those that were able to pay the asking price. But did they actually find any criminal commitments by their alleged corrupt persons without their nonsensical exploitative entrapments and blackmailing?

The family members had better be open-minded, cooperative and faced the police investigations into the death of Ahmed as responsible persons who are indeed ready to know the murderers of their relative to do a great service to the deceased.

When one watches the unedited versions of how your relative and Anas set up people, parting with money gifts to them and then turning round to deceive the public by putting out edited versions of same incidents to prove that those people have accepted bribes, is simply the work of devil incarnates. Any of you as a family member should put yourself in the instead of those that they came out to premier as being corrupt persons who have been caught red-handed accepting bribes, will you be happy and accept yourself as a corrupt person? Were they not telling them it was a gift? After giving them those gifts, did the receivers ever corruptly influence any contracts in favour of Anas and his gang of criminals to justify that indeed the gifts have induced them to do the untoward? The answer is a No! Why then should those accepting the offers be seen as corrupt persons?

Let us show the unedited versions of Anas’ investigations into his so-called corrupt practices by some officials both in Ghana and outside Ghana to the public of the civilized Western World, then conduct opinion poll to see if Anas and his band of Ghana’s version of the “Arabian Ali Baba and his forty thieves” will be classed as journalists of international repute or will be seen as pure criminals?

Is there not action and reaction in every activity? Were Anas, his lawyer who knew the criminal conducts by Anas, their friend Kweku Baako and others not claiming that the photos put out by Kennedy were not Anas and Ahmed? Did someone even not sue Kennedy for endangering his life by putting out his picture instead of those of Anas or Ahmed? Why is it that suddenly after Ahmed’s murder, his family, Anas and their irresponsible lawyer, are claiming that Ahmed has been assassinated because of Kennedy baring his face to the whole world? Who do they think they are fooling if not themselves?

Going back to the action and reaction issue, what happened for Kennedy to splash their faces on air? Did they do the right thing during their investigations to expose their so-called corrupt officials? Did they not use illegal means to tarnish the image of their alleged corrupt individuals as shown to Ghanaians and the world?

I shall only advise the family members to sensibly cooperate with the police to arrest, prosecute and convict the actual assassins of their relative rather than falling for the bait thrown at them by Anas and his lawyer to prevent them from finding the actual murderers.

I shall in my subsequent publications be challenging the lawyer who claims to be a Criminal Law lecturer at the University of Ghana. He cites “abetting” to implicate Kennedy but does nothing to help find the real murderers. How funny though!

My condolences to the bereaved family of Ahmed. I hope his death will not be in vain but lessons will be learnt to correct our mistakes and opportunistic quest for acquiring illegal wealth at the expense of the ignorance and weakness of the Ghanaian populace.