KNUST Primary Teachers Back Their Counterparts To Strike 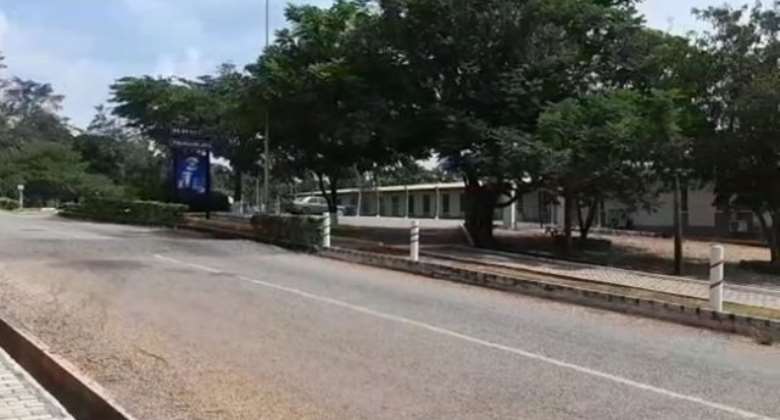 Joy News has learnt that teachers at the Kwame Nkrumah University of Science and Technology Primary School, have laid down their tools in support of their counterparts at the university.

The teachers who are also members of the Senior Staff Association of KNUST are joining their members to protest the dissolution of the governing council of the university.

The council was dissolved following violent protests by some students of the university.

The formation of a new council by government and the non-inclusion of the Vice-Chancellor and members of the University Teachers Association Ghana sparked a strike by lecturers and other university workers.

Nothing had been heard from the basic school teachers until now.

Joy News’ Kwesi Debrah has been to the school and reports that it has been closed down.

University Relations Officer of KNUST, Kwame Yeboah, told Debrah the teachers will not be working until a new governing council is formed on Tuesday.

Talks between the government and teacher unions over the composition of the Governing Council of KNUST broke down last week, scuttling efforts to re-open the school for academic work to begin.

The university, which was closed down after students destroyed properties in a fierce demonstration against school administrators, was scheduled to re-open on Thursday, November 8, as part of a roadmap to restoring peace on campus.

A key part of that roadmap was for the Chancellor of the University, Asantehene Otumfuo Osei Tutu II, to re-constitute the Governing Council of the school.

On Wednesday, teacher unions in the country presented a united front against the government.

The unions described the government’s hard stance on the composition of the new Governing Council as intrusive.