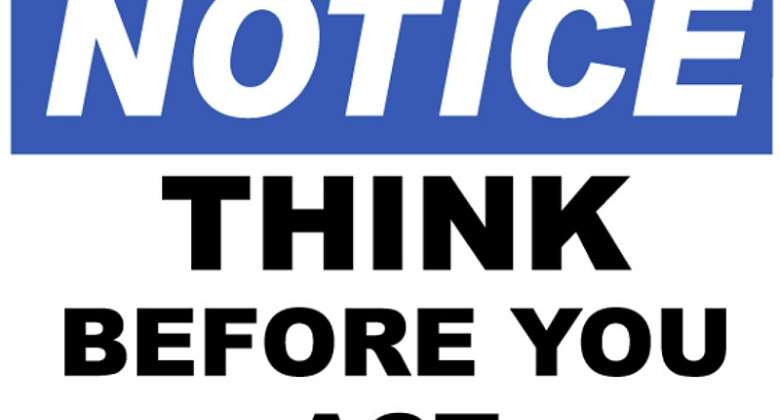 Once upon a time, there lived a wise beggar who used to beg on a very popular street. This beggar used to tell the passers by "who will give me a handsome gift and I will give him an advice that will save him". A certain king who used to frequent the street became quite curious so one day he asked the beggar to give him the advice. After receiving his gift, the beggar told him, "Think before you act".

The people around the king burst into laughter saying the beggar was smart in taking his reward before advising but the king was not perturbed. He commanded that the advice should be inscribed on everything and everywhere in the palace. One day, one of the courtiers plotted with the personal medical doctor of the King to poison him when the king was ill. When the doctor was about to pour poison into the king's cup, he saw the inscription on the cup,"think before you act" and he changed his mind immediately, went to the King and informed him about the plot.

The king gathered all his courtiers and told them, "you see how useful the advice from the wise beggar has become today".

Lesson: Never underestimate anyone. Never reject advice no matter who is given it or where it comes from. Finally, reflect deeply about what you are about to do and weigh the consequences. Think before you act.