Anita Desoso Is Spot On: NDC Was Indeed Born Out Of ‘Propagandism’ 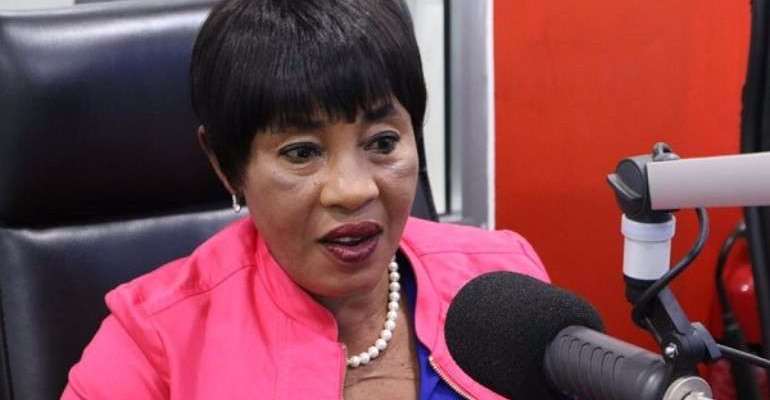 I was extremely surprised when the NDC’s Vice Chairperson, Madam Anita Desoso, revealed on Asempa FM on Monday 15th October 2018 that the National Democratic Congress (NDC), apparently danced to the tunes of the opposition by changing the name of their Propaganda Secretary to the Communication Officer.

More shockingly, though, despite the host of the programme’s insistence that Communication Officer is more refined than Propaganda Secretary, Anita Desoso nonetheless maintained that it was a wrong move for the party to change its identity on the dictates of the opposition.

Believe it or not, it is an illustrative case of wolves in sheep’s clothing. In other words, it seems mendacious for the established propagandists to metamorphose into communicators.

In any case, I could not agree more with the NDC’s Vice Chairperson. Propaganda is indeed an inherent characteristic of NDC, and therefore there was no need to try to deceive Ghanaians by pretending to discard such distinct identity.

Interestingly, contending schools of thought have been insisting that NDC was founded on communist ideals, thus the party thrives on vile propaganda.

In fact, some observers have been contending vehemently that the NDC’s relentless garble is in line with Hitler’s observation on propaganda.

Hitler observed: "With the help of a skilful and continuous application of propaganda, it is possible to make the people conceive even of heaven as hell” (Adolf Hitler).

It is, however, worth emphasising that the founders of the NDC, who gleefully staged a series of coup d’états, rather chose communist approach to ensuring sanity to the system, hence exterminating innocent people without any provocation whatsoever.

Take, for example, in their hasty and fiendish attempt to get rid of the alleged sleazes and corruption back then, the NDC founders resorted to propaganda, and, many innocent Ghanaians were unjustifiably murdered or tortured mercilessly for apparent minimal offences.

Regrettably, through vile propaganda, market women were stripped naked in broad daylight and whipped mercilessly for allegedly hauling their products or selling on high prices.

While their male counterparts were barbarically shaved with broken bottles and whipped for offences that would not even warrant a Police caution in a civilized society.

As if that was not enough, their sheer propaganda led to the barbaric murder of three eminent high court judges and a prominent retired army officer on 30th June 1982 for carrying out their constitutionally mandated duties.

Nevertheless, extensive investigations revealed that all the three Judges were sitting on review cases brought by citizens disgusted over the treatment meted out to them by the Armed Forces Revolutionary Council which the military junta formed after June 4, led by Flt. Lt. Rawlings.

It was however reported that the Judges ordered the release of persons who had been unlawfully sentenced to long terms of imprisonment during the despotic rule of the Armed Forces Revolutionary Council (AFRC).

The Army Officer, Major Sam Acquah, was the head of administration who signed dismissal letters for some GIHOC workers, including one of the murder suspects, Joachim Amartey Kwei, whose services were terminated for invading and destroying property at the Parliament House.

Consequently, the PNDC fatuous apologists savagely murdered the three eminent High Court Judges and the Army Officer because their judgement did not go in their favour.

The Special Investigation Board (SIB) however concluded that the abduction and murder was a fiendish plot orchestrated by, and with the connivance of the members of the Provisional National Defence Council.

When the communist enthusiasts’ founders of the NDC burst onto the scene, they exhibited their propagandistic gimmicks and callously murdered people with more than two vehicles.

However, as I write, the same revolutionary enthusiasts are hypocritically in possession of not less than two vehicles per household.

Regrettably, the vast majority of house owners were punished severely for having more than one toilet facility in their homes.

But the last time I checked, the vast majority of the so-called revolutionaries have uncountable toilet facilities in their luxurious mansions.

The founders of NDC, regrettably, tortured and murdered innocent business men and women, many of whom were bizarrely accused for legally borrowing meagre sums of money from banks to support their businesses.

Strangely, however, the so-called revolutionaries who repugnantly collapsed innocent peoples businesses now own business outlets all over the place.

Worst of all, billions of cedis (in 50 cedi denominations) were seized from ordinary Ghanaians without a trace.

Ironically, they resorted to sheer propaganda and replaced our educational system with that of a communist model.

Clearly, the NDC faithful have a penchant for resorting to systematic propagation of propaganda.

It is, however, worthy of note that the meaning of propaganda traces its roots to the “Sacra Congregatio de Propaganda Fide”- a committee of Cardinals founded in 1622 by Pope Gregory XV to oversee the spread of Catholicism abroad, by any means necessary”.

Consequently, the word propaganda came to mean the concerted effort to spread any belief the communist Propagandists are associated with. Therefore propaganda is regarded as "a deliberate attempt to alter or maintain a balance of power that is advantageous to the communists”.

Propaganda may also be defined in its most neutral and simple sense as “the persuasive dissemination of particular ideas or material disseminated by the advocates or opponents of a doctrine or cause”.

In other words, “propagandism” is the systematic propagation of a doctrine or information reflecting the views and interests of those propagating such information or doctrine.

Moreover, the experts contend that a message can be classified as propaganda if it “suggests something negative and dishonest”.

In sum, Anita Desoso is absolutely right: NDC was born out of ‘propagandism’, and will ever harbour propagandists mentality.