An American investigative Journalist Confirms The US Government’s Biological Weapons 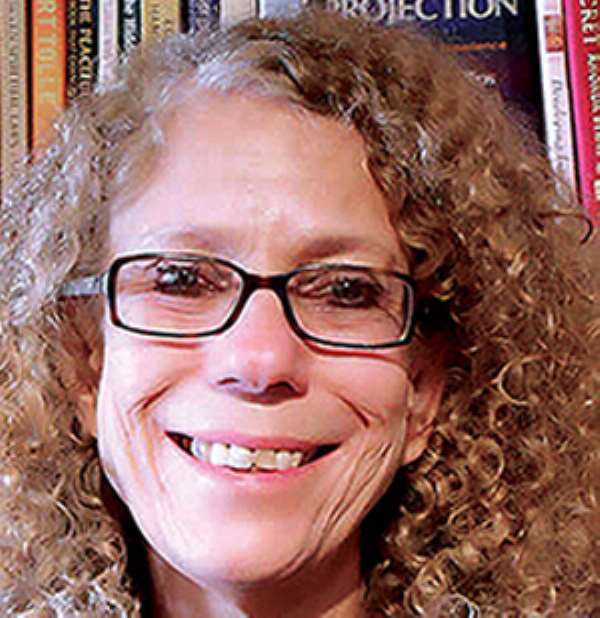 The article was about Wouter Basson, dubbed “Dr. Death” by the media, for the development of chemical and biological weapons T-shirts which caused fatal heart defects to kill black South Africans to reduce the black population.

As usual, articles from our health blog, ‘Secrets Of Aids And Ebola Facts Journal,” are spread on various social media, for readers to understand the relationship between the World Health Organization, Centers for Diseases Control and the US government about ‘Biological weapons.’

On Facebook, this particular article caught the attention of an American medical writer, Janet Phelan, who had already sent messages to contact her. Her first message reads:” It appears, however, that Basson's efforts were successful and have been deployed. I suggest you might want to read the linked article, above.

He apparently was able to isolate an agent which attaches onto melanin and causes the silent killers of hypertension and diabetes. This has apparently been deployed. I'm running off to a meeting. Would love to be in touch a bit later. Thanks, Janet.

“Another message from Janet reads: Hi, I tried to send you a previous message through the website. I am a journalist who has been writing extensively on the US's biological weapons agenda and wanted to make contact with you. I have engaged the BWC on more than one occasion on this issue and believe there to be a racial component that is manifesting.”

“Dr. Wouter Basson's efforts to create a blacks-only bioweapon appear to have been successful and have nothing to do with a sterilization pill. That appears to have been the cover-up story. You can read more here https://journal-neo.org/2014/06/03/doctor-who-ran-biowarfare-unit-faces-sentencing/”

The urgent contact
According to Janet Phelan, after reading the article she realized that some points aren’t clear. For example, the previous publication about Dr. Wouter Basson’s pill’s to sterilize black women was just a cover-up. She then provided the real evil things ‘Dr. Death’ did to depopulate South African blacks.

According to Janet Phelan, Dr. Wouter Basson, who was the head of Project Coast, the biological and chemical warfare unit under South Africa’s Apartheid government in the 1980’s, “acted unprofessionally” in manufacturing and supplying poisonous substances to security forces during the apartheid era.

In 1999, he faced charges in Pretoria High Court for murder and fraud, among a total of 67 charges, for allegedly overseeing plans to poison Namibian fighters with muscle relaxants, to infect water with cholera, and to deliver a baboon fetus to intimidate Nobel Peace Prize winner archbishop emeritus Desmond Tutu.

Much of what Basson actually accomplished is still a secret. He was known to have been engaged in genetic research and to be developing a blacks-only biological weapon.

According to a scientist who worked alongside Basson under the apartheid government, this blacks-only bioweapon was to attach onto melanin (darker skinned people have more melanin in their skin). Citing his security agreement with the government, the scientist agreed to speak under conditions of anonymity and stated he believed that Basson did, in fact, create this weapon.

Other sources indicate that this bioweapon was deployed on a grand scale, having been leaked into processed food. A confidential source in US intelligence stated that the spiking epidemic of the “silent killers” of hypertension and diabetes in people of color is due to the success of Basson’s research and subsequent deployment of a genetic weapon which attaches onto melanin and was leaked into the food supply.

The incidence of diabetes and hypertension in black people skyrocketed since Basson’s days with Project Coast. This is the reason Basson was successful with his accomplishment to reduce the black population in South Africa.

Looking at another group with high melanin content in skin, MOTTEP reports that the rates of diabetes among Native Americans are the highest in the world, with over 12% rate of diabetes in those over 19 years of age. Also reporting high are Latino- Americans, with 24% of Mexican Americans within the US and 26% of Puerto Ricans with diabetes.

According to the International Journal of Diabetes in Developing Countries, “from 1959 to the mid-1980s, medical statistics showed that the prevalence rate of diabetes in Africa was equal to or less then 1.4%, with the exception of South Africa, where the rate was estimated to be as high as 3.6% in 2001. But, by 1994, the continent-wise prevalence of diabetes mellitus stood at 3 million and was then predicted to double or triple by the year 2010.”

In a chilling admission by Dr. Basson, made during an interview with New York filmmaker Rob Coen several years ago, Basson crowed that developing the blacks only bioweapon was “the most fun I ever had.”

African leaders, are you there? If you don’t have time to read let some people do the reading for you because you have disappointed the African continent. By the way, who is Janet Phelan?

Janet Phelan is the author of Exile and The Hitler Poems, well-known American investigative journalist of integrity who has brought us such groundbreaking stories as Patriot-Act permitted US violations of the international Biological Conventions Act and pointed clearly to non-consensual human experimentation ongoing currently in the United States of America, where she also exposed the “whitewash” of Obama’s Presidential Bioethics Commission, which listened in 2011 to dozens of Americans testifying (out of hundreds waiting to testify) to the criminal, covert use of electromagnetic/neurological weapons on their person yet refused to act–a story also covered by this writer here, reports currently that the Inter American Commission on Human Rights is still ignoring a request for protection she filed with them over a year ago.

Forced to flee the United States in concern for her own safety after experiencing intensive retaliation and discrimination including assault with chemical weapons succeeding her exposure of public corruption and the murder of her mother–investigating which she uncovered many legal cases of abuse in the case of guardianship of the elderly in the US–she was subjected to similar retaliatory and harassive activities in her abode in Mexico.

In the current atmosphere of mainstream media non-reportage and lack of investigative journalism at even the most respected of US newspapers and magazines (or perhaps I should say once-respected), the extraordinary contributions made by Ms. Phelan to our increasing awareness of rights-curtailment and retaliation against whistleblowers, activists, and caregivers in the United States and worldwide must not be ignored.

As Katherine Hine reports, in her expansive book review of Exile, Janet Phelan has stepped well beyond mere reportage to alert and act on behalf of all Americans and all humanity:

This is one of her articles she wrote about the US government’s lies on biological weapons entitled “Lies, Damnable Lies, and Downright Dangerous Lies”