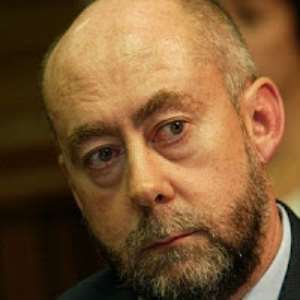 Dubbed "Dr. Death" by the media, Wouter Basson was controversially granted amnesty by the South African Truth and Reconciliation Commission in 2002, escaping multiple charges of murder, and the commission a pill with a substance to make black women infertile.

The development of biological weapons that only attack a certain group of people is not new. During the Apartheid era, South African Wouter Basson, nicknamed 'Doctor Death', was the head of the 7th Medical Division of the South African army. He was the leader of 'project Coast' from 1981 to 1993.

Readers mustn't forget that in most of our articles we have made it clear that the US army or military scientists are responsible for planting biological weapons such as Ebola in African jungles. This evidence is enough for any sensible African leader to prevent the building of US base in Africa to give them such access to test biological weapons in Africa.

This department, which was involved in the development and production of chemical and biological weapons, developed T-shirts with poison. This poison eventually caused fatal heart defects.

His department also commissioned a pill with a substance in it that would make black women infertile. Had Basson at that time had access to the CRISPR-cas method, this would have made his job a lot easier, to say the least.

We knew that the battle against the corrupt World Health Organization and the Centers for Disease Control wouldn't be easy because they have brainwashed, especially, poor countries around the globe that they care about them, yet both WHO and CDC are behind clandestine crimes of global depopulation.

The World Health Organization intentionally delayed for victims of Ebola to die in large numbers in West Africa, by responding late to fulfill the US global depopulation program. Then after their waiting tactics became known they issued an apology.

Even though Bill Gates, the World Health Organization and the Centers for Disease Control have played major roles in the deliberate spread of infectious diseases around the globe, especially Africa, Asia, and North and South America, it's not easy for independent researchers to convince the world.

They don't believe because millions of people, especially from Third World Countries think Bill Gates, officials of World Health Organization and Centers for Diseases Control are the 'modern Messiahs' to save mankind.

If the 'air' is for sale Bill Gates and the corrupt WHO and CDC will take control over it to allow poor people to die in agony. Fortunately, air is free, therefore, both the poor and the rich are breathing at the same time. This is what the rich can't stand it because of jealousy.

On February 1, 2018, we published about the corruption of one of the high officials of Centers for Disease Control, Dr. Brenda Fitzgerald; leading to her resignation.

After the publication, some of our readers and the doubting Thomases started gaining confidence in our publications and began giving comments via e-mail to us. EXPOSE OF CORRUPTION FORCES CDC HEAD TO RESIGN,

There are many people with the sick mind that often careless about crimes committed against black people but Aids doesn't discriminate. It was to wipe out or depopulate the entire black race, however, the disease is taking also white people to their untimely grave.

African leaders mustn't react to avoid the cutting of foreign financial assistance which ends up in their pockets.

Let the kings, queens, and members of royal families enjoy their champaign and expensive wines, the invisible doom awaits everyone and those who deserve it will reap whatever evil they have planted.