By Analimbey, A. Chris
Politics 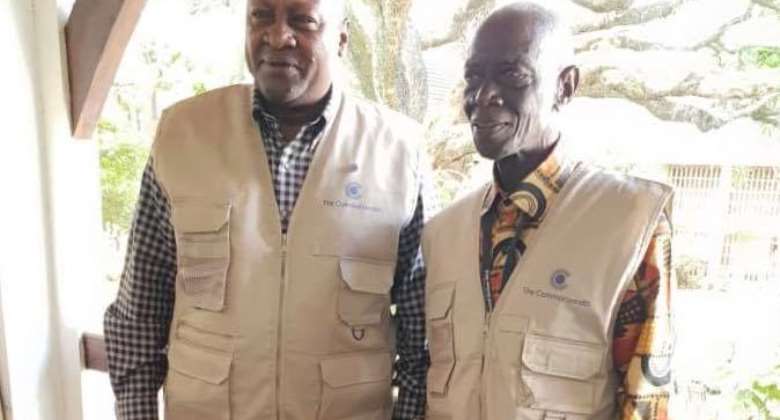 Former President Mahama has said the appointment of Jean Mensa and three others as replacement of Madam Charlotte Osei and her deputies is “regrettable and carries the potential to erode Ghana’s democratic credentials.”

The former president who is currently in Harare as Head of the Commonwealth Observer Group with the former EC Chairperson, Dr. Kwadwo Afari Gyan to Zimbabwe’s harmonized Election on July 30, expressed his utter disappointment on his Facebook page on Thursday, July 24 2018.

According to Mr. Mahama, “the current controversy surrounding the removal of the Electoral Commission (EC) Chair and deputies and subsequent appointment of new commissioners is regrettable and carries the potential to erode Ghana’s democratic credentials.”

Madam Charlotte Osei was appointed in 2015 by then President Mahama as EC Chair, in accordance with Article 70(2) of the 1992 to replace Dr. Kwadwo Afari Gyan following his retirement.

The former President also eulogized Dr. Afari Gyan, whom he described as a “highly respected former EC Chair” for his efficient management of the electoral commission for almost two decades, and that he is proud to serve on the same mission with him in Zimbabwe.”

President Nana Akufo-Addo, on June 28, 2018 removed the Electoral Commissioner, Mrs. Charlotte Osei and her two deputies from office for “misbehavior and incompetence.”

The removal was on the recommendation of a committee set up by the Chief Justice Sophia Akuffo to investigate alleged acts of corruption, misconduct and misbehavior by the three commissioners. Two other commissioners, Amadu Sulley and Ms Georgina Opoku Amankwaa were also removed.

The president subsequently nominated Head of the Institute of Economic Affairs (IEA) Jean Mensa as Chairperson of the Electoral Commission.

A statement signed by the Chief of Staff Akosua Frema Osei Opare also named Mr Samuel Tettey and Dr Eric Asare Bossman as Deputy Chairpersons. Ms Adwoa Asuama was named as a member of the Commission. She replaces Mrs Pauline Dadzawa who has proceeded on retirement.

Let's go on our knees and pray for Akufo-Addo for God's inte...
21 minutes ago

NDC race: I will retain my seat and help bring Mahama back t...
31 minutes ago