Running to IMF was a collective decision — Kojo Oppong Nkrumah 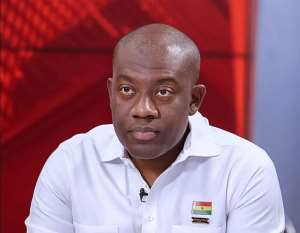 The Information Minister, Mr. Kojo Oppong Nkrumah has said government’s decision to run to the International Monetary Fund (IMF) for a bailout was President Akufo-Addo’s call sanctioned by cabinet.

The minister was responding to a series of questions regarding government’s decision to run back to the IMF for a bailout on an Accra local radio station, Citi FM’s Breakfast show on Monday, 4th July 2022 monitored by this reporter.

Asked whether Vice President Dr. Mohamudu Bawumia, Vice President and the economic management team were in support of government’s sudden U-turn, Mr. Oppong Nkrumah said the decision to run back to the IMF was a collective decision.

“The decision to run to the IMF for a bailout was a collective one. Some members of this government may have expressed some misgivings in the past. No one has given any indication that he does not support the current stance of the government,” Mr. Oppong Nkrumah has indicated.

Prior to the passage of the E-levy, top government officials, including Dr. Bawumia and the Finance Minister, Mr. Ken Ofori-Atta had indicated strongly that the government would never return to the IMF for any financial assistance regardless of the country’s economic conditions impressing on Ghanaians to support the controversial E-levy as the panacea.

For instance, in one of the NPP town hall meetings, Mr. Ofori-Atta once indicated that going back to the IMF for further assistance will have dire consequences on the economy of Ghana.

“The consequences are dire, we are a proud nation, we have the resources, we have the capacity. We are not short-sighted,” Mr. Ken Ofori has said.

Months after the e-levy had been passed, the fund had failed woefully to generate the expected revenue to shore up the sinking economy, President Akufo-Addo last week directed the finance minister to quickly reach out to the IMF for a bailout.