Manasseh’s Periphrastic Attributions: Is He Getting Carried Away? 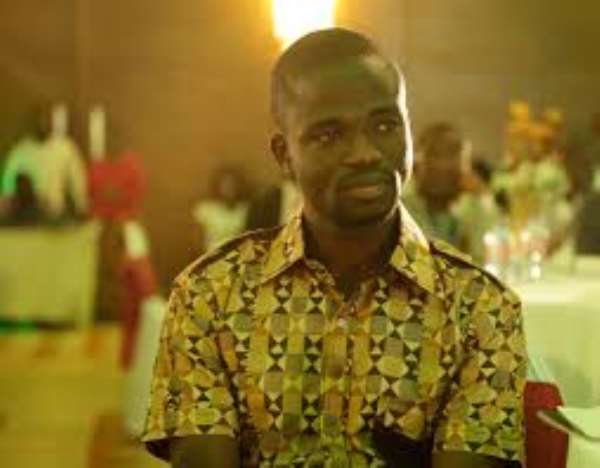 I skimmed through with a glint of suspicion and endless bewilderment, a periodical which was full of high sounding morphemes and purported to be written by a Ghanaian version of a seasoned investigative journalist, who goes by name Manasseh Azure Awuni.

This is absolutely not a repartee at the behest of the two protagonists in Manasseh's literary tropes (President Akufo-Addo and JOSPONG company) to confute Manasseh Azure Awuni's ostensive idiosyncratic prolix which appeared on Ghanaweb.com on 16/07/2018, captioned:' MANASSEH'S FOLDER: Charlotte Osei's standard and Akufo-Addo's double standard.

I was indeed taken aback perusing through the ostensive exaggerating and somewhat gratuitous condescension by the supposedly seasoned journalist.

Of course, throughout his dreary and lengthy pompous critique intended to address His Excellency President Akufo-Addo, Manasseh rather displayed impertinent boldness and needlessly grouched and censured his target without basis.

For the avoidance of garrulous prolixity, let me venture to state that it was the dismissal of the chairperson of the Electoral Commission and her two deputies which informed Manasseh's pleonastic attributions.

Manasseh is rather claiming bizarrely that President Akufo-Addo's alleged hasty decision to dismiss the Commissioners was political more than anything else. How unrealistic?

In fact, it is intellectually dishonest for anybody to venture to suggest that the removal of the chairperson of the Electoral Commissioner and her two deputies was a political decision.

Apparently, the 1992 Constitution of Ghana, to be precise, Article 146 provides steps or measures that need to be taken in order to impeach a Justice of the Superior Court or a Chairman of the Regional Tribunal.

“(4) Where the Chief Justice decides that there is a prima facie case, he shall set up a committee consisting of three Justices of the Superior Courts or Chairmen of the Regional Tribunals or both, appointed by the Judicial council and two other persons who are not members of the Council of State, nor members of Parliament, nor lawyers, and who shall be appointed by the Chief Justice on the advice of the Council of State.

“(5) The committee appointed under clause (4) of this article shall investigate the complaint and shall make its recommendations to the Chief Justice who shall forward it to the President.”

And, in the case of the chairperson of the Electoral Commission and her two deputies, the Committee found them guilty and recommended their removal from office.

Article 146 (9) thus obligates the president to dismiss any guilty party without discretion, fear or favour.

In retrospect, President Akufo-Addo acted within the law when he referred the separate petitions brought against Charlotte Osei and her two deputies to the Chief Justice to determine whether there was a prima facie case.

Obviously, the petitions went through due process, thus some of us cannot fathom how and why anyone can carelessly infer that the president action was political.

Whichever way you may view the topic under discussion, it is somewhat befuddling that a supposedly seasoned journalist would choose to show gross disrespect by attacking a serious, a committed and a forward-thinking president who has vowed to venture deeply into corruption issues.

How could a supposedly trained mind defy the ethics of his profession and show illimitable disrespect to no less a person than the president of the land? What sort of parental upbringing did Manasseh receive?

Is that how Manasseh addresses his parents? He is indeed trampling upon the majoritarian Africa culture of respect. How disrespectful can he be?

In fact, I cannot get my head around Manasseh's somewhat specious and an isolated thinker's view that the president is not showing enough seriousness and commitment towards the fight against the canker of corruption. How pathetic?

How could anyone with the skill of reflective thinking temerariously aim accusing fingers at a leader who has created the Office of the Special Prosecutor to investigate, prosecute and retrieve stolen monies from the corrupt public officials?

To me, the creation of the Office of the Special Prosecutor, arguably, remains the single most important accomplishment of President Akufo-Addo's administration thus far.

And more so I was extremely intrigued reading Manasseh's morphological interpretation of effective governance. Apparently, he ignobly cast aspersions and sought to denigrate the presidency.

I was also dumbfounded when Manasseh out of impishness and youthful exuberance, decided to tear into the JOSPONG Company for reasons best known to him.

Of course, it is a known secret that Manasseh has an issue with JOSPONG's business approach, and hence the ostensive enmity.

But as the indefatigable Nelson Mandela of blessed memory once said: why must your enemy be everyone else's adversary?

In fact, Manasseh's argument is, at worst, infantile. As a supposedly seasoned journalist, doesn't he know that a man is innocent until proven guilty? Is he that ignorant?

Throughout his obvious high sounding and lengthy pompous critique of an article intended to censure President Akufo-Addo and JOSPONG, Manasseh revoltingly made references to the effect that the president is ignorant on the ongoing JOSPONG corruption cases.

But let us remind the journalist that they are mere allegations until a verdict by court of competent jurisdiction.

Indeed, I cannot get my head around Manasseh Azure Awuni's bizarre line of argument. Did he really expect a lawyer of high-standing like President Akufo-Addo to condemn JOSPONG publicly because, he, (Manasseh) has allegedly found JOSPONG complicit? That is never a reflective thinking, so to speak.

Get it Manasseh: the fact that JOSPONG is allegedly being investigated by the law enforcement bodies does not mean a president of such repute can upbraid and criminalise the said company in the open without any conviction by a court of competent jurisdiction.

Well, no matter how hard you may try, your worst enemies can never be anybody's antagonists. Why must you harbour such a solipsistic mindset?

In fact, Manasseh's pompous critique of an opinion piece is impugnable. It rather scandalises the intelligence of President Akufo-Addo. Is he trying so hard to take Ghanaians for fools?

Well, if anything at all, discerning Ghanaians have the ability to decipher between good and bad.

In the past, I have stood and defended Manasseh against what I viewed as unfair criticisms on his person, but how wrong I was, after all.

In sum, it is somewhat abhorrent that a supposedly seasoned journalist like Manasseh Azure Awuni would choose to attack a zestful leader whose only crime was to carry out his constitutional mandate.