Gitmo 2 Debate Is Gradually Getting Out Of Hand! 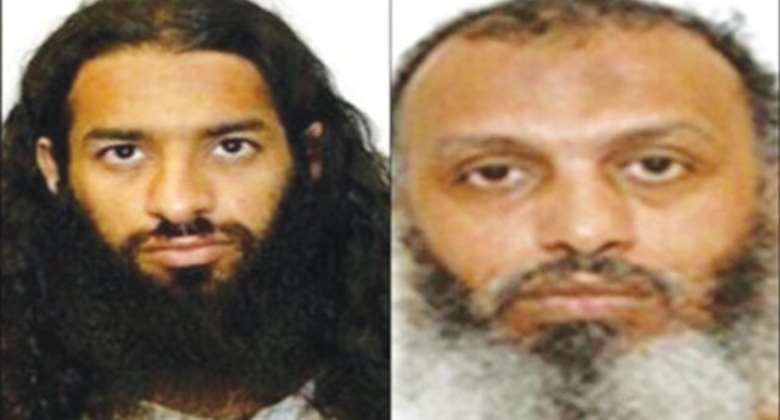 Am not the only person in the world who happens to be aware of how abruptly ex-Greek prime minister's term of office ended. The curtain drew on his stay in office when Mr. George Andreas Papandreou floated the idea of citizen consultation before he would accept world bank and IMF austerity measures that came with bailout programme in 2011

Well, his impromptu exit could be allusion to the fact that he already had citizen mandate to take the decisions in the best interest of the Greece. The suggestion of referendum before accepting world bank and IMF economic package was widely criticized as a sign of weakness and ultimately costs him out

That is not to suggest that, the mandate of the people is a blanket approval or a blank-page cheque so that the high-ups can write any figure at whim. However it is also the obligation morally and ethically to read the mood of the citizens to decipher the exact decision to be taken at any defining moment

As far as the Guantánamo detainees are concerned, l believe due procedure/process was followed. Don Lapidario has already written to broaden the scope and enlighten the only 'stranger in Jerusalem' that is apocrypha ( pardon the pun) to insinuate that the sanity and sanctity of single provision of our constitution was compromised in the process

Then other countries ( Uganda including) would have equally breached theirs as well after accepting Gitmo detainees into their various countries. I also assiduously and frantically tried to bring to bear that theoretical application of the constitution may not naturally and necessarily be the same as practical interpretation of same. And those holding on to supreme court's verdict as their basis of their arguments should know

Am completely mesmerized by the way apparently seasoned journalists joined the propaganda-sprouting wagon and machines relentlessly and with velvet glove of dormant enthusiasm to unwisely link the Gitmo with danger, terror... Let's put ourselves in their shoes once bit and see how it feels. I mean the psychological effect. The biblical admonition is apt in this regard, that the left hand shouldn't be made aware of kind gesture offered the right hand

The immediate past president Mahama says he has accepted the deal out of compassion. That should answer the question. And now that we have accepted them, all we have left with is to guarantee their peaceful integration. After all, don't we haves Ghanaians also enjoying hospitality of other countries?

Needless for me to go down the collective memory lane as to why they are here. As to possible danger to society notion; judging from their socio-cultural conducts in the biannual period stay in Ghana, the notion is vague. Even if they are dangerous ( possible catalyst of the debate), are we saying that our security apparatus cannot do what countries like Uganda, Uruguay etc. are doing?

The international community is laughing at us. And am beginning to legitimize and authenticate the veracity and validity of apparently erroneous perception other African countries hold against us. To wit: we dwell in trivialities

I didn't comprehend what the journalist was thinking, as the audio of interview Mr. Ablakwa granted circulates on social media, that the decision to admit Gitmo 2 was born out of cordial bilateral relation between Ghana and United States Of America. And that it is in national interest. But the host keeps on repeating himself. Need l say that certain things are done to brighten the image of a country? I have thousands of examples such gestures: Just because brevity of time

Unlike the 'Affairs Papandreou' the contraption, in our case is credibility underpinnings and jejune political gimmicks fraught with stench of unbridledly but unremitting tu-whit tu-who. You see, ours is not the ordinary Ghanaian who is complaining rather the political frontrunners

The same people behind the deal are the ones complaining. And it is happening when we have president who now is being measured by his own nasty words against the same deal, now-revealed, he gave his blessing then in opposition, is the beef of the moment

It is my contention that the most urgent quest of the masses is jobs, potable water, low utility tariffs etc. Very soon the rains will be here and the question as whether appropriate measures are in place to avert concomitant Odo river damages and those of Korle Lagoon. Also whether NPP government led by Nana Addo is taking holistic approach to address the constantly deteriorating security situation in Ghana should be the subject of debate

Whatever the case may be, the unnecessary Gitmo 2 is hurting the image of Ghana. And the earlier we douse the flame the better it will be for all of us