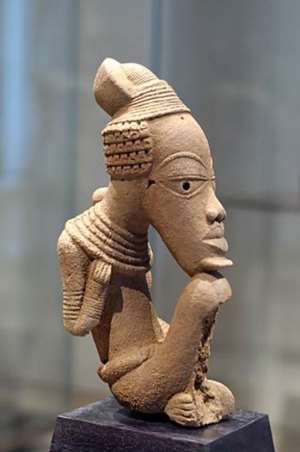 ‘It is indeed unfortunate that so much Nok material has been looted over time to supply the international market. Properly excavated, such pieces might have shed valuable light on the Nok culture’. Ekpo Eyo (1)

I have just read the text below from the Nigerian newspaper, News of December 23, 2017:

‘The National Commission for Museums and Monuments has called for the unconditional return of cultural artefacts and works taken illegally from Nigeria and other parts of Africa. Mr Dapo Sijuade, the Head of Public Relation of the commission made the call in an interview with the News Agency of Nigeria (NAN) on Friday in Abuja.

“Our objects of traditional and cultural values illegally taken away should unconditionally be released and returned by all who hold them back to their various countries of origin.

“African cultural objects are invaluable, the very reason why museums in Africa in general and Nigeria in particular view restitution as the last stage of complete decolonization.

“Africa has made several pleas and conscious attempts towards the return of these cultural properties but has received poor responses compared to the magnitude of loot’. (2)

As readers will know by now, I do not believe in miracles but when I read such a statement from the Nigerian National Commission for Museums and Monuments (NCMM), in the Christmas period, coming soon after Macron’s historical Declaration of 28 November at Ouagadougou, I begin wondering whether there are not indeed valid grounds for such a belief. (3)

For almost two decades now, we have been urging the NCMM to come out clearly with a statement demanding the return of the looted/stolen Nigerian artefacts, including the Benin artefacts, that are now in Western museums, especially, Museum of Fine Arts, Boston, British Museum, London, Ethnology Museum, Berlin, Humboldt Forum, Berlin, Leiden University, Leiden, Metropolitan Museum of Art, New York, Musée de Louvre, Paris, Musée du quai Branly, Paris, World Museum, Vienna and elsewhere. The NCMM has always stated that it was pursuing a policy of quiet diplomacy which meant, as far as we could understand, that the Commission did not believe in what it calls ‘confrontation’. Pointing out that several Nigerian governments and parliaments had called for the return of the looted artefacts, did not move the Commission to abandon this ‘quiet diplomacy’ which meant that it was almost impossible to know what the Commission was doing on this issue.

The policy of quiet diplomacy went so far that Nigeria did not even want to raise the issue of restitution of Benin artefacts, at the UNESCO Intergovernmental Committee on Restitution of Cultural Property. (4)

When the examples of Turkey, Italy and other countries that had been successful with claims by pursuing a vigorous and open policies were mentioned, the Director-General of the NCMM declared that Turkish option was not open to Nigeria. (5)

As late as July 2017, the NCMM was putting out arguments in defence of its quiet diplomacy whilst we were suggesting that the patent failure of that policy, that has not secured the return of a single Nigerian masterpiece since Independence in 1960, ought to be abandoned:

‘However, Nigeria through the Management of the National Commission for Museums and Monuments realizing the futility of confrontation in bringing back its cultural relics carted away largely during colonial period decided to adopt a new approach in tackling the problem.

‘A new culture of collaboration’ was adopted. This essentially has to do with opening communication channels with countries/institutions holding its objects within the context of UNESCO, ICOM and other bilateral and multilateral frameworks. Dialogue, Collaboration and Cooperation are the main ingredients of this approach.’ (6) 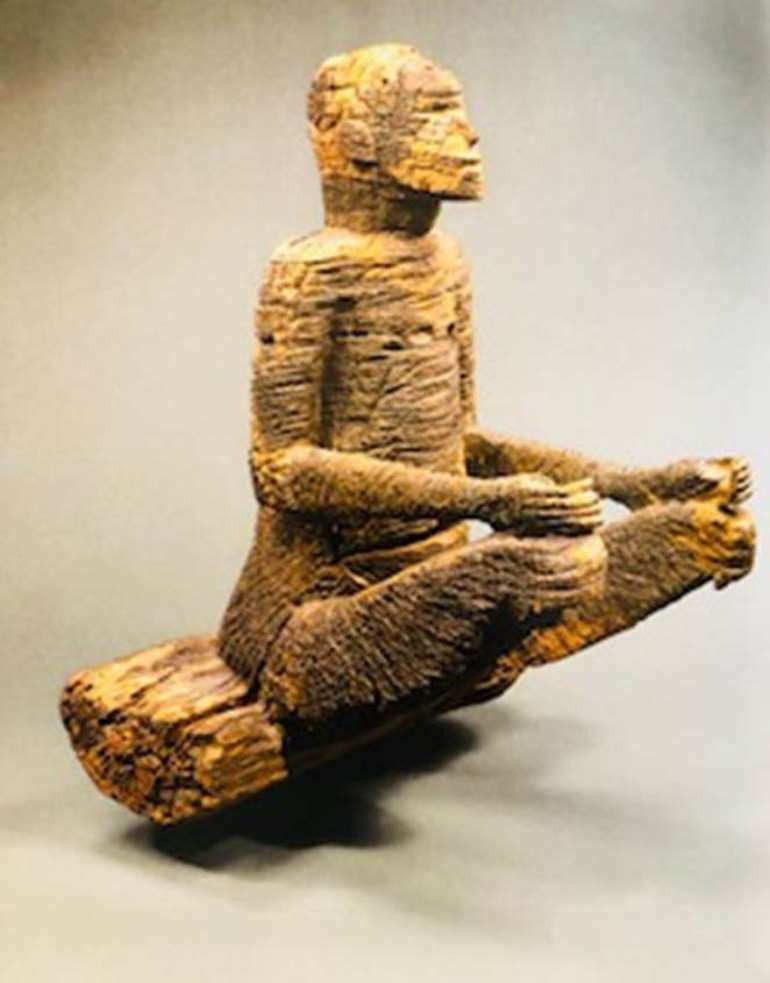 The latest proposal of the so-called Benin Dialogue Group was to establish an exhibition of looted Benin artefacts in Benin City with ownership still remaining with Western museums. We have described this projects as insulting. The project does not reflect a policy of unconditional return. (7) The NCMM must clarify whether it is still supporting such a proposal which does not imply ‘unconditional return’.

Given this background, if Nigeria is abandoning a long-standing policy of quiet diplomacy, this would be a major change of policy since Independence and we would expect a full statement on this change, from the Director-General and with all due respect, not a declaration in an interview with the Head of Public Information. Policy matters are usually determined by the Director-General but if this case is different, the public ought to be accordingly informed.

We would expect this change to be followed by formal letters from the Nigerian Foreign Minister or the Minister of Culture, to Governments and museums holding illegally, Nigerian artefacts, including the Benin Bronzes. One cannot expect governments and their museums, in such an important matter, to act on the basis of a statement by a Head of Public Information in a newspaper. Or is the declaration of policy only made for the internal consumption of the Nigerian public?

Similar declarations have been made in the past without any effect by various bodies in Nigeria because they were not directed at any particular person or body and were generally, ignored abroad. Most people seem to have forgotten that such statements were ever issued and there was never any discussion about follow-up. (8)

We urge the sending of letters addressed to specific governments and museums to counter the usual defence of Western museums and governments that there has been no request for restitution from Nigeria. German authorities have gone as far as to deny there has been any demand for restitution whilst a Nigerian Minister of Culture was in Berlin for that purpose and had made a plea which he entitled the Berlin Plea for the Restitution of Nigeria’s Cultural Objects. (9) Readers may recall that when Zahi Hawass, the Egyptian Secretary-General of the Department of Antiquities, sent a request to the German government for the restitution of the bust of Nefertiti, he was told the letter should come from a Minister and when he subsequently became a Minister of State for Antiquities, and sent a letter, the Germans said the letter should come from the President. (10)

Following the Ouagadougou Declaration of 28 November,2017 and after the abandonment of the policy of quiet diplomacy, Nigeria should finally publish a preliminary list of Nigerian artefacts it seeks to recover from Western States and museums. In so far as these Western museums have thousands of Nigerian artefacts, one has to start somewhere, and it would be proper if Nigeria indicated where this should start. It should not be too difficult to indicate which artefacts should be urgently released from their long detention in the Western museums and institutions. (11)

Once Nigeria abandons the ineffective policy of quiet diplomacy, it can embark on a massive campaign of public education about the importance and value of national treasures to lower the incidence of smuggling of artefacts. The Commission would be able to speak out more openly about the looted Nok artefacts bought by France and are now in the Palais des sessions, Paris, with a dubious post factum consent by the Nigerian government. (12) 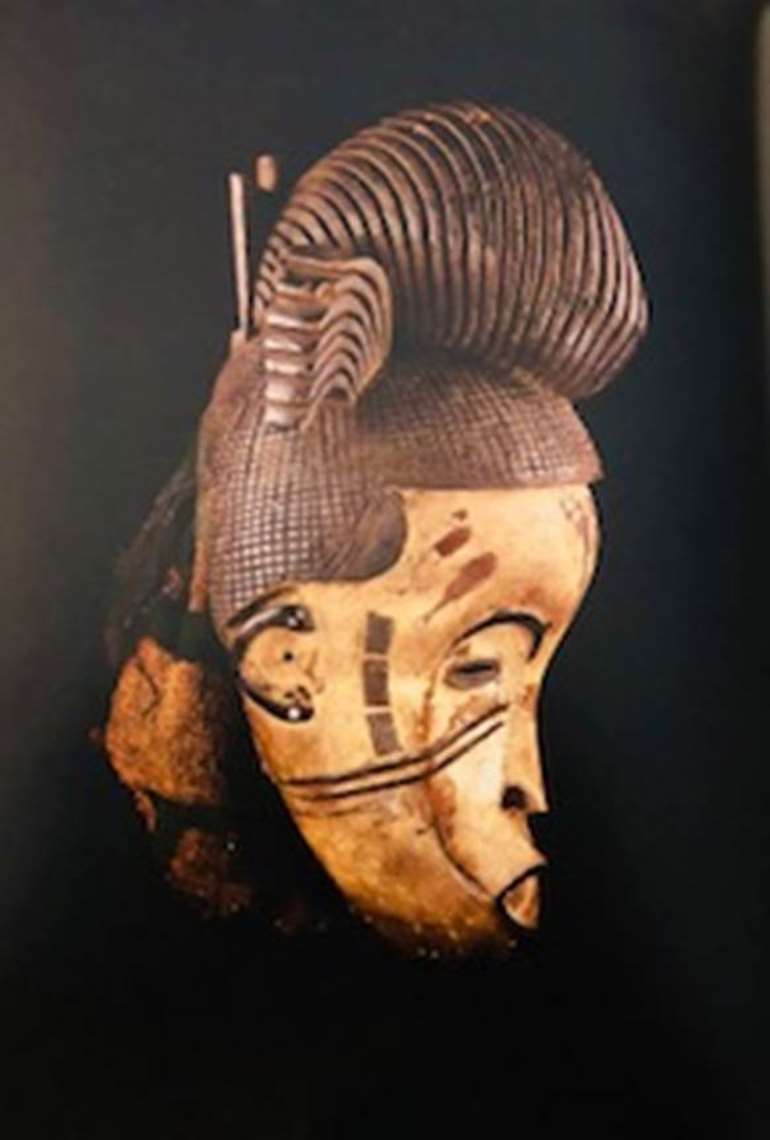 An open and active restitution policy should enable Nigeria to coordinate her policy with other African States. In this connection, there may be considerations about the need for calling a United Nations conference on the Restitution of African artefacts to deal with this issue at the international level, using the experience and assistance of UNESCO. Frankly, we are sceptical about the usefulness of another conference on restitution, considering the little attention that the holders of African artefacts paid to the Athens Conference which reached conclusions covering all the relevant issues of restitution. (13) Nigeria and other African States could ensure that the Ouagadougou Declaration of 28 November 2017 is incorporated, at least, in the preambular paragraphs of the next General Assembly resolution on the Return of Cultural Property to the Country of Origin. (14)

If Nigeria has really adopted a policy of unconditional return, we could soon see some restitution. Those fighting for their rights cannot remain quiet. Whilst the Western holders of Nigerian art were shouting from roof- tops their determination to keep Nigerian art, Nigerians seemed to be whispering in sitting rooms their desire to have their artefacts back. Holders of illegal and looted artefacts have been emboldened by the quiet diplomacy of the past. In slavery our voices, our lamentations, and wailings as well as our songs could be heard. In freedom, we only whisper and we are surprised that no one hears our inaudible claims. Why not try shouting for a while?

‘There are many ways to develop relationships besides returning museum objects. Informally, it also appears that different kinds of collaboration that are currently in progress are more important to Nigerian museums. That might explain why Nigeria has not registered any formal demand for the return of the Benin collections, but has preferred to engage in dialogue and cooperation with museums that have Benin collections. It seems Nigeria is chary of bringing the matter to a head. How does one otherwise explain that the National Museum of Nigeria was willing to lend its extensive and unique collection of Ife art to the British Museum for a special exhibition 2010, without demanding reciprocity? 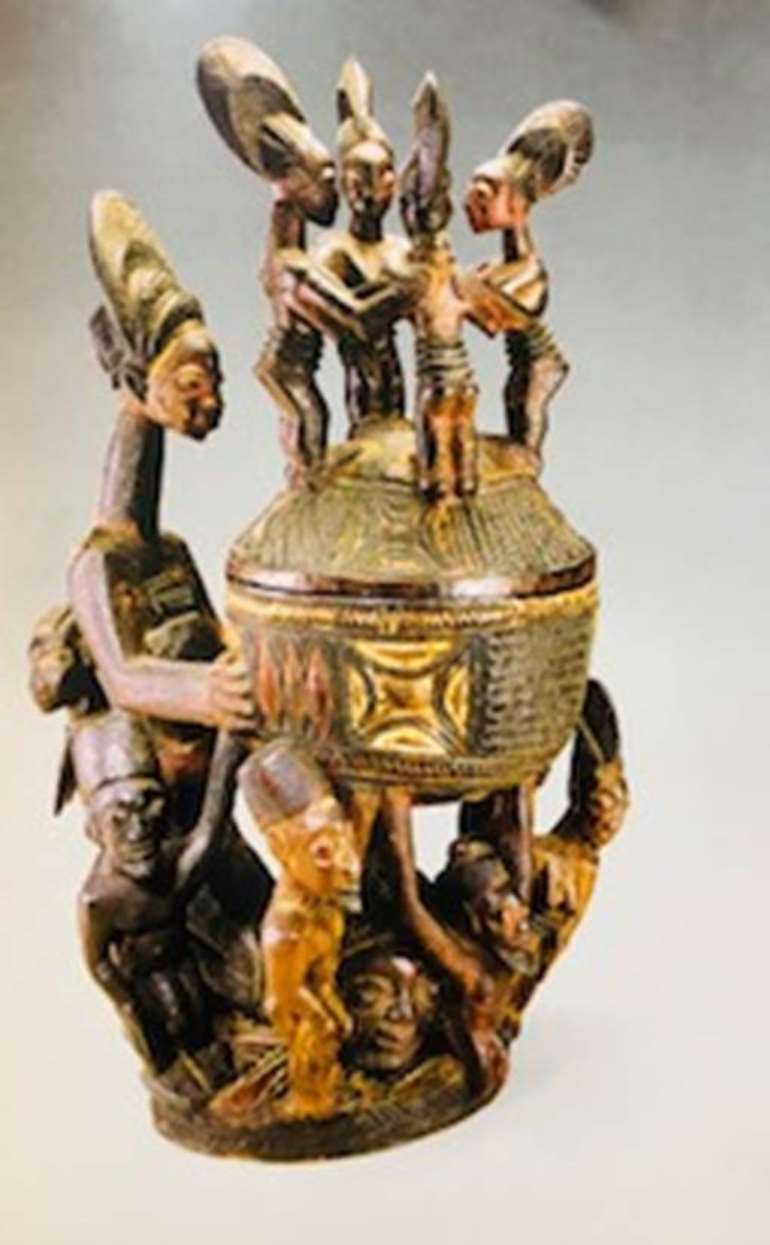 K. Opoku, “Would Western Museums Return Looted Objects if Nigeria and other African States were governed by Angels? http://www.modernghana.com

BBC News | ARTS | Nigeria demands treasures back
news.bbc.co.uk/2/hi/entertainment/1779236.stm
10. Nefertiti In Absurdity: How Often Must Egyptians Ask Germans For The ... https://www.modernghana.com/.../nefertiti-in-absurdity-how-ofte .

In all the years I have been following discussions on restitution of African artefacts, I have had the feeling that Egypt had the good fortune to have a leader such as Zahi Hawass who always made clear what artefacts his country wanted from Western museums. No one had any doubt that Egypt sought the restitution of Nefertiti and Rosetta Stone. Can one say this of any other museum official in the rest of our continent? See also Kwame Opoku: Zahi Hawass Bounces Back - AfricAvenir International

11. We have heard from Nigerian officials that they do not know where Nigeria’s treasures are. To assist in this task, we are attaching lists of places where the Nigerian art treasures are to be found in the annexes I and II below.

13. Athens International Conference on the "Return of Cultural Property to ... 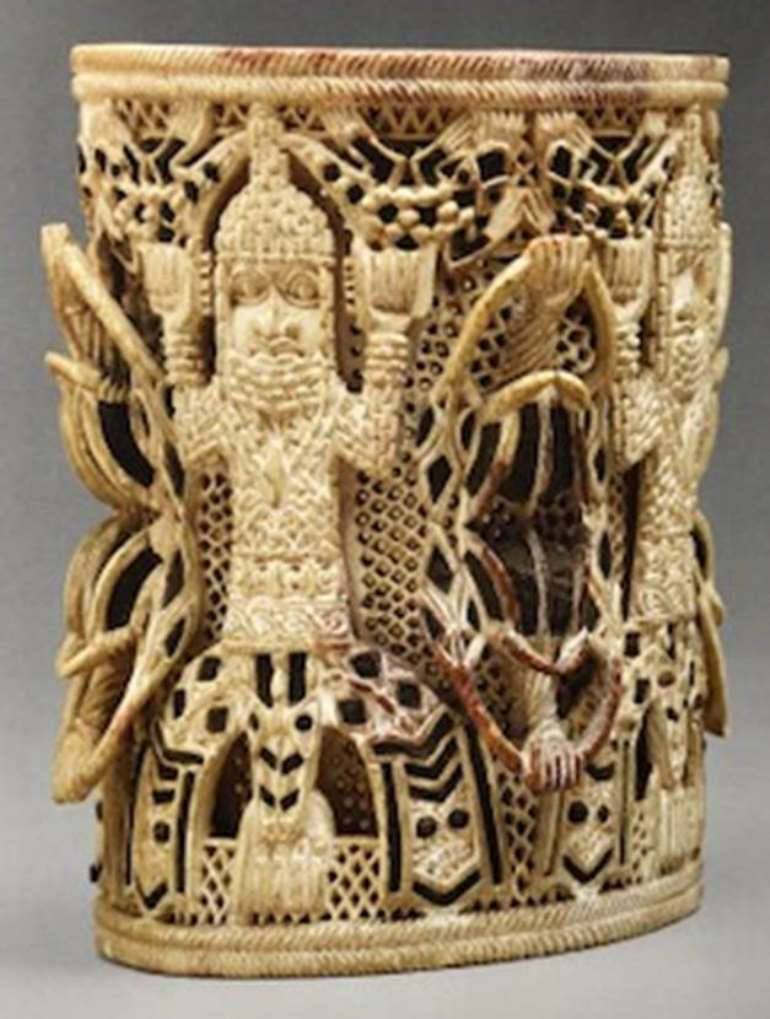 ANNEX I
SHORT LIST OF HOLDERS OF BENIN BRONZES
Almost every Western museum has some Benin objects. Here is a short list of some of the places where the Benin Bronzes are to be found and their numbers. Various catalogues of exhibitions on Benin art or African art also list the private collections of the Benin Bronzes. Many museums refuse to inform the public about the number of Benin artefacts they have and do not display permanently the artefacts in their possession since they do not have enough space. A museum such as Völkerkundemuseum, Vienna, now Weltmuseum, closed for 17 years (2000-2017) the African section where the Benin artefacts are, apparently due to repair works which were completed in October 2017.

ANNEX II
LOCATIONS OF NIGERIAN MASTERPIECES IN USA AND EUROPE

Those interested in knowing where Nigerian masterpieces are may consult the following list compiled from indications in the excellent book by the great Ekpo Eyo, From Shrines to Showcases: Masterpieces of Nigerian Art, 2010, Federal Ministry of Information and Communication, Abuja. We mention here only those masterpieces mentioned by the foremost connoisseur of Nigerian art and the first African of the Nigerian Commission on Museums and Artefacts. There are many other excellent pieces of Nigerian art in Western museums and private collections which are not mentioned here. Examples of Nigerian artefacts abroad can also be found in Arts of Nigeria in French Private Collections, edited by Alain Lebas, (5 Continents Editions, pp.288, Milan. 2012). See also K. Opoku, Arts Of Nigeria In French Private Collections - Modern Ghana https://www.modernghana.com/.../arts-of-nigeria-in-french-priva. 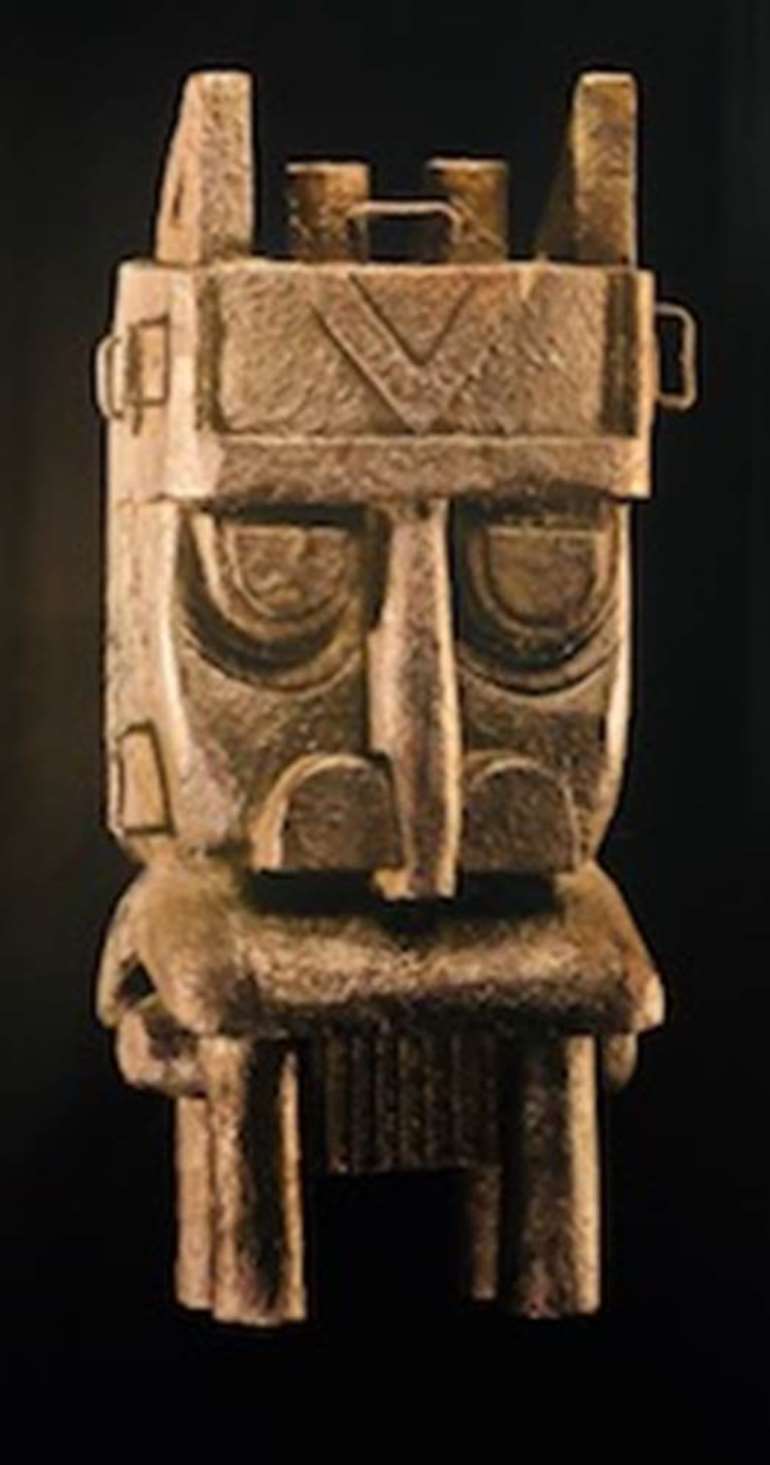 The author has 263 publications published on Modern Ghana.