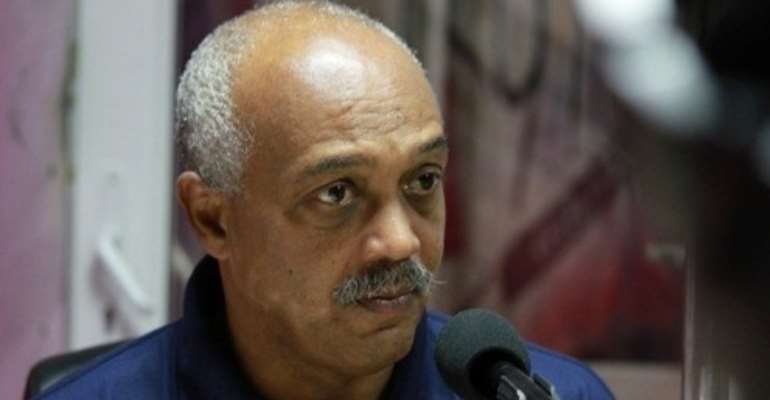 Ghana's Finance Minister, Mr. Ken Ofori- Atta presented his second budget to Parliament on Wednesday, November 15, 2017. The 2018 budget broadly aims at stabilizing the macroeconomic fundamentals and growing the economy by investing in industrialization, infrastructure, agriculture and entrepreneurship to create jobs. The general outlook of the 2018 Budget reveals government's commitment to fulfilling its numerous manifesto promises made in the run up to election 2016, while striving for fiscal discipline.

Imani's preliminary budget analysis examines the key policies, programmes and how allocations to the various projects will affect key sectors of the economy. Critical questions were asked as well as policy recommendations to fill the gaps identified.

ECONOMY
Ghana's economy has achieved relative stability and appears to be on a trajectory to recoveryafter the numerous challenges it experienced in the past few years. The much talked about debt re-profiling seems to be yielding some positive results as debt to GDP ratio has improved from 73 percent in December 2016, to 68.3 percent as at September 2017. GDP Growth outlook for 2017 is also set to exceed its target by about 160 basis points. At the same time, fiscal deficit is within range of the target even in the face of revenue shortfalls – a fiscal deficit of 4.6 percent of GDP has been projected for 2017 against a target of 4.8 percent of GDP. A careful analysis of the revenue performance and the expenditure management for 2017 reveals an impetus to ensure fiscal discipline. In the thick of revenue mobilisation challenges, the incumbent government has spent below estimated expenditure levels. This action undeniably contributed to keeping Ghana's debt below unsustainable levels (70 percent of GDP). All the above has contributed to the positive ratings Ghana enjoyed in the recent Standard and Poor's outlook review of the Ghanaian economy. The positive rating will augur well for the economy as it can attract investors to support both the industrialization drive and the infrastructure agenda of the government.

Government in addition to intensifying its revenue mobilisation efforts, must consider finding efficient and innovative ways to include the private sector in the provision of these social programmes. Also, the proposed revenue measures such as the intended reform of the custom warehousing regime and transit regime, if carried out efficiently and timely, can potentially improve revenue mobilisation.

Inflation has also been on the decline since September 2016 – it has fallen from 17.2 percent to 11.6 percent as at October 2017, on the back of stable electricity supply and a relatively stable Ghana cedi (the Ghana cedi depreciated by 4.42 percent as at September 2017 against a depreciation of 9.6 percent in 2016 against the US dollar). As part of projections for next year, the government has projected an average inflation rate of 9.8 percent and end year inflation of 8.9 percent for 2018. While achieving this target can encourage savings and investments as returns on investments are preserved, provision of a stable and reliable electricity supply, delivery on its promise to reduce electricity tariffs, the significance of the reduction in terms of its impact on cost of production and continuous stability of the Ghana cedi will be imperative. A strong US dollar could also challenge the stability of the Ghana Cedi which can affect the achievements of the set inflation targets. It is recommended that government consolidate its efforts to provide more stable and reliable power supply. Government must also increase efforts to improve the consumption of locally manufactured products. In this regard, the government's decision to allocate 70 percent of all government contracts to local contractors and suppliers though commendable, will require strict enforcement to achieve intended results.

Interest rate
In a high interest rate environment, such as Ghana has been experiencing, a reduction in interest rate is critical to drive investments in order to generate growth and to create essential jobs. Between 2016 and 2017, the Monetary Policy Rate, the 91 day Treasury bill rates and interbank rates saw significant reductions. While the MPR fell 450 basis points to 21 percent, the 91 day treasury bill rate fell from 16.8 percent to 13.2 percent. Average lending rate, however, remains high even though it fell marginally from 31.38 percent to 28.96 percent. Meanwhile, with key challenges to credit such as limited information persisting, credit to the private sector grew by just 3.2 percent (as at September) in 2017 as against 17.4 percent (as at September) in 2016. According to the recent World Bank Doing Business index , credit bureau coverage in Ghana is only 16.5 percent of the adult population along a zero percent credit registry coverage. While the 2018 budget has indicated the launch of a national development bank and intentions to expand the capacity of the EXIM bank to support agriculture and industrialization, there is no mention of policies to address the limited credit information challenges faced by banks in the lending business, especially those lending to Small and Medium Enterprises. It is recommended that the government, in consultation and collaboration with the private sector, find reliable and sustainable means of generating and distributing credit information (both positive and negative). This will ensure increased and sustainable credit flows to the private sector and also attract investments into the banking space.