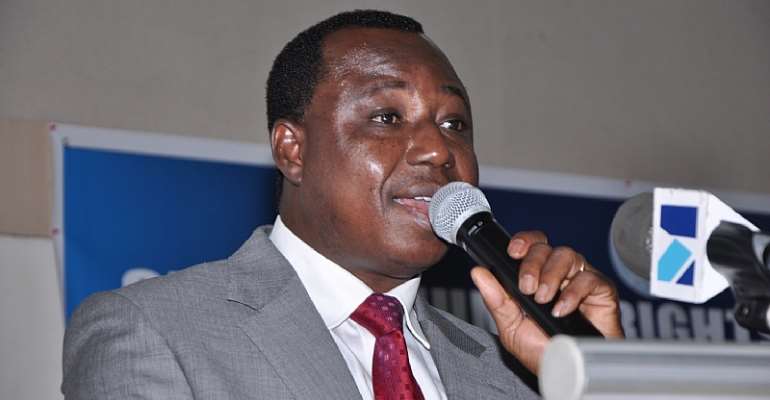 The Commission on Human Rights and Administrative Justice (CHRAJ) has given indications it may launch an investigation into allegations of corruption raised against two deputy Chiefs of Staff by musician and sympathizer of the New Patriotic Party (NPP), A-Plus.

It said it is currently considering a petition from a group to commence the investigation, and it will duly do so if the petition properly invokes its jurisdiction.

Francis Asenso-Boakye subsequently rejected the claims describing them as false.

After receiving several backlash from the public including some members of the government, A-Plus apologized to the President for his actions, admitting that he used the wrong platform to voice out his concerns.

President Akufo-Addo subsequently ordered the Criminal Investigations Department (CID) of the Ghana Police Service to conduct an investigation into the matter.

The department, after its investigations, said it found A-Plus' claims to be baseless, but A-Plus in a subsequent media interaction expressed his disagreement with the report.

A leaked audio tape later emerged with a conversation between A-Plus and a senior CID officer in which the officer supposedly indicated to A-Plus that the report was skewed to favour the government officials.

The CID officer in the tape, who’s the Deputy Director of the CID, ACP Maame Yaa Tiwaa Addo-Danquah, later claimed that the tape was doctored, adding that A-Plus had threatened to blackmail her with it.

Many have said the development casts great doubt over the CID's report, and have called for an independent investigative body such as CHRAJ to re-look at the matter.

But according to the Commissioner of CHRAJ, Joseph Whittal, it will take up the matter since it is of public interest.

“We knew that the police were conducting their investigations and we were sufficiently convinced that they will do a good job and so as a sister investigative body, we didn't have to call into question the credibility of the police investigations until this latter-day issue of doctored tape and all those things came up…We would naturally want to intervene because it is a matter of interest.”

A group, calling itself the Dynamic Youth Movement of Ghana (DYMOG), has petitioned CHRAJ to look into the matter, but Joseph Whittal said, “If we look at the content of the petition and we are convinced that the anti-corruption mandate of the commission is triggered, nothing will stop the commission from investigating and putting out the facts that Ghanaians ought to know.”