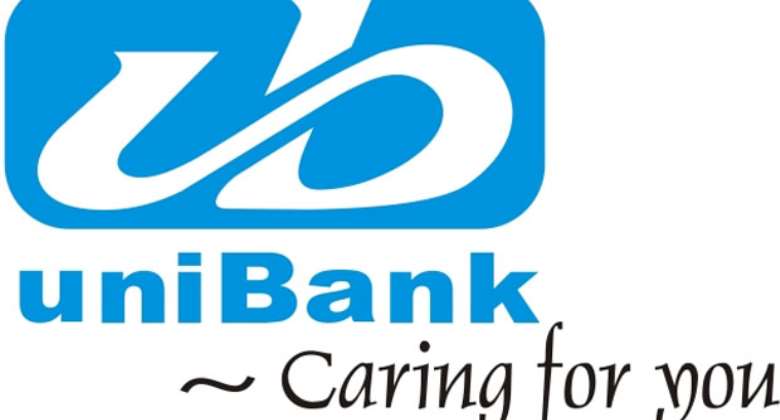 The management of uniBank Ghana Limited, a private banking institution, has described as 'total fabrication' claims by the authorities of the Korle-Bu Teaching Hospital (KBTH) that Stanbic Bank's End-To-End Hospital Revenue Collection Software was not compatible with its software.

According to uniBank, it was not in the first place invited to do any presentation on a Hospital Management Information System (HMIS) with Stanbic Bank, and there was no technical assessment on the compatibility of uniBank's collection software and that of Stanbic Bank.

The bank therefore argues that for the management of KBTH to “assert that the two systems were not compatible was a figment of someone's imagination.”

This was in response to a press statement released by KBTH with regards to the brouhaha surrounding the facility's decision to terminate a revenue collection contract with uniBank Ghana Limited, which has drawn two appointees of the Akufo-Addo administration into apparent trouble, with allegation of corruption.

The man who made the allegation, Kwame Asare Obeng aka Kwame A-Plus – a satirical musician – yesterday apologised to the two appointees, Francis Asenso Boakye and Samuel Abu Jinapor, Deputy Chiefs of Staff at the Office of the President.

According to uniBank, the Korle-Bu Hospital on October 3, 2016, conducted an internal assessment of the workings of the bank's billing and collection systems and indicated that its (uniBank's) system was working perfectly based on which a recommendation was made to the then CEO of the hospital to sign a Memorandum of Understanding (MoU) with the bank.

It said the bank, in its quest to ensure a superior service to KBTH, invested an amount of GH¢1.5 million to lay fibre optic cables, supply computers to be used by the hospital billing staff and erected and refurbished cubicles at various collection points assigned to it (uniBank).

But in April, 2017 it came as a surprise to the bank that the hospital had invited Stanbic Bank to do a presentation on a hospital management information system following which the polyclinic, which had already been assigned to uniBank, had been re-assigned to Stanbic Bank to install its equipment for the commencement of the HMIS on pilot basis without officially notifying uniBank in writing.

“It is therefore totally false for KBTH to state that they invited uniBank to do a presentation on End-To-End Hospital Revenue Collection Software in 2015. We challenge the management of KBTH to make a copy of the said letter available to the general public,” the bank charged.

Following the development, the bank maintained that it met with the management of the hospital and enquired about the purported assignment of the polyclinic to Stanbic Bank to commence piloting the HMIS.

It was at the said meeting that the management confirmed that it did not invite uniBank because “they were not aware that uniBank could assist them with the software since uniBank did not present an HMIS during the initial bidding but only presented a billing and collection software.”

The statement averred, “As a result of our protest to KBTH regarding uniBank's exclusion from the bidding to offer HMIS, uniBank was subsequently invited by KBTH in an email dated 4th May, 2017, in which KBTH indicated that if uniBank was successful after the implementation, it would be assigned Obstetrics and Gynaecology Departments of the hospital where the HMIS could be piloted.”

The statement also indicated that according to the management of the hospital, both uniBank and Stanbic Bank would run their pilots concurrently for some time after which KBTH would decide on the best software to be adopted and make payment to that effect to the bank concerned and acquire the software.

“It is therefore not accurate as indicated in the KBTH press release that uniBank was invited twice in 2015 to do a presentation,” the statement challenged.

The bank also debunked part of the KBTH's press statement, which sought to exonerate the current Chief Executive of the hospital, Dr Felix Anyah.

“It is therefore totally false for KBTH to state that the management decision to engage Stanbic Bank as the sole institution for on-site banking services in 2016 predated the appointment of the current Acting Chief Executive Officer who started work in June 2017,'” the bank added.

The bank further maintained that the hospital had not presented any evidence to show that uniBank had committed any wrongdoing or committed any breach in the performance of its obligations under the MoU.

“All uniBank sought to do was to be given a fair and transparent opportunity in the bidding process for the provision of on-sight banking services at the KBTH,” the statement indicated.