A-Plus Never Spoke To Me About Korle Bu - Jinapor 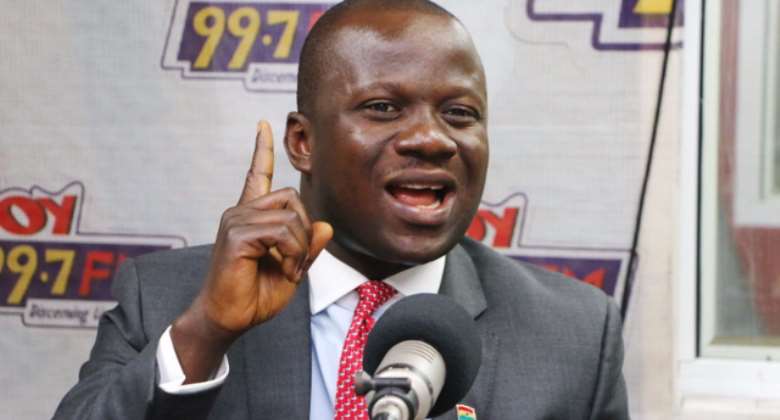 A Deputy Chief of Staff, Samuel Abu Jinapor has spoken in opposition to the claim by musician, Kwame Asare Obeng aka A-Plus, suggesting that they had a conversation relating to ongoing feud between Korle Bu Teaching Hospital and UniBank.

Mr. Jinapor recounts speaking to A-Plus on two occasions since his appointment as a Deputy Chief of Staff and neither of which focused on current occurrences at the nation’s premier health facility.

Korle Bu has been trending in the media for weeks now after A-Plus accused Mr. Jinapor and his other colleague, Francis Asenso Boakye of corrupt practices by using their superior office to compel the CEO, Dr. Felix Kwaku Anyah, to rescind the decision to disengage the services of UniBank for the collection of revenue on the premises of the hospital.

A-Plus in his statement to the police, indicated he had discussions with Mr. Jinapor over the matter prior to it coming into the public domain.

But speaking Monday on the Super Morning Show on Joy FM, Abu Jinapor maintained: “The only person I have spoken to is the One minute, Thirty seconds (1:30 seconds) conversation I had with the CEO of Korle Bu.”

“Since I became deputy chief of staff I have never ever had any conversation with Mr. Kwame Asare Obeng aka A-Plus bothering to anything in relation to the Korle Bu Teaching Hospital,” the Deputy Chief of Staff told Kojo Yankson, host of the Show.

He, however, admitted interacting with his accuser on two occasions since he assumed the position but that had nothing to do with the issue at hand.

That had to with a complaint the musician brought to him about an importer Mr. Jinapor explained: “and I found his complaint meritorious and I dealt with it.”

“Beyond 'Hello’ and ‘Hi my Friend’ I have had only two separate conversations with him; one was a telephone call and the other when he came to my office,” he added.

Meanwhile, A-Plus in a Facebook Live post has reviewed his allegation of corrupt practices against the Deputy Chiefs of Staff after one of the accused, Abu Jinapor broke his silence on over the matter on Joy FM Friday.