To Steal A Few Million 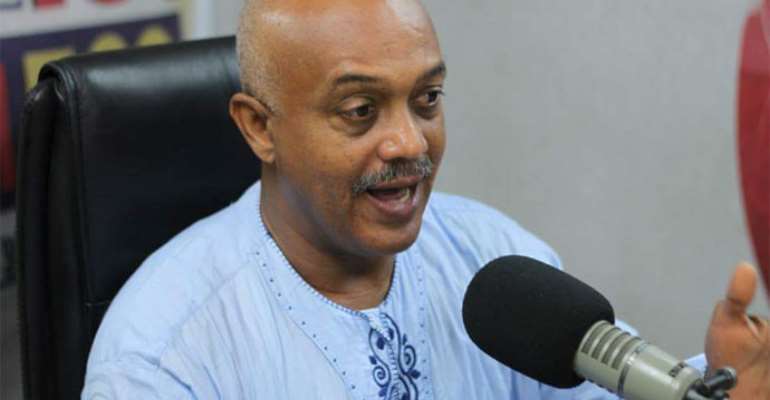 Another week of scandal and corruption news. All the news we generate in this country seems to be corruption-worthy and as much as we thought the NDC government under John Mahama was not going to disappoint us, the volume and magnitude of the stories are just too overwhelming.

Where does one come from buying ambulances that are not kitted to perform the function of ambulances and then pay for them, yet to no one? The theft modus is even more intriguing on this one in particular because we are hearing the President actually forbade the payment at a cabinet meeting, but some thieves managed to make a payment and we can't even figure out when and to whom.

The missing number in the theft of the two million cash is who paid the money, from what account and how come even the sector minister Alex Segbefia did not know about it? It doesn't make any sense that a sum as large as this can simply disappear off the radar, and in such a simple and infantile way. We should simply ask Mr. Terkper to come and explain how his outfit made the payment, who they paid it to, and on who's instruction? Where did the money come from? Bank of Ghana? Ask Mr. Wampah to come and explain if it was made when he was the Bank chief, or grab his successor. It is a half-baked solution when the current minister of health says he has come to the end of the line with his investigations when he has not called Mr. Terkper.

And this is how we roll on. Those in authority have all the tools and power to call people to book and yet they do not do so. Is Alex Segbefia saying this is the first time he ever heard about these ambulances that are now on the way to becoming the most expensive trotros ever built in the world? Is he certain that he never saw them parked in the yard at the State House all the while that he was a minister? We all saw these ambulances, just like we saw all the Smarttys buses before they were branded. Is he saying he was not concerned enough to ask where they came from and why they were sitting there in the yard when they should be in the districts being used to save lives? What was he a minister for?

Then I also question JDM and fault him directly on this matter, whether he followed up on his directive for payment to be held back as per one of his ministers, or did he do the double take and authorize payment behind everyone's back? Something is amiss in this deal and when it smells like this, be assured that some very well placed person has got his fingers deep in the 'banku.'

But look at the numbers we are talking about? Millions from SSNIT, millions from this deal, millions from the Smarttys and bus branding theft, millions from the dustbins theft coming up, Asongtaba, GYEEDA etc. It is just so overwhelmingly rich to plunder and take in this country. When can we ever be sure that some things will just have been done above board and without any padded and inflated costs?

As we sit and breathe here, the software that was meant to seal all the loopholes and make it safe to track and trap government expenditure is itself not fully implemented. This process we called GIFMIS, the panacea of all systems, which we hoped would deliver on the backs of other failed programs such as BPEMS etc., might itself have been procured fraudulently. It is so tiring now, there seems to be no end of it, and everything that the John Mahama government touched is tainted with some kind of theft. We must jail some persons and put them away for a long time. Where do MPs come from pleading for leniency of certain persons found guilty of misappropriating state funds? This statement by the Auditor General's unit MUST be taken further than just a disclosure at a lecture. We need names and we need shameful honourables to be disgraced in public.

And we are carrying on with more free programs where the NDC specialized in illegal distribution of Government monies to themselves and their foot soldiers. As I have said time and again, at the start of this journey of the white man's democracy, shouldn't we have figured out by now that some things are just not working because of the way we have structured them and because of the way we are implementing them?

All we need for this free SHS to be financed is first of all, issue an education bond big enough to cater for all students in the country. This free SHS should not be for only public school students. Every son of Ghana deserves to be educated and educated free of charge by the State. There are many of them, but what better a way to spend our money than to educate every child?

To do so, we need to only award a voucher of a certain value to all children. The Ghana Education Service has already determined how much this will cost and so Government knows exactly how much it needs to make available to all students. So award a voucher to all students and let parents approach their school of choice for admission. Once accepted, the schools can present this voucher to the Free SHS secretariat and claim the funding. However, any parent who wishes to take advantage of the scheme should file their taxes and demonstrate that they are in compliance with the law. This serves the additional purpose of raking in tax cedis at the same time as making available the free idea.

This for me, brings in all schools whether private or public and parents can choose to either top up the government award if they decide to place their wards in a school which is asking for higher fees. And this presupposes that government is bold enough to palm off all the schools to private entrepreneurs.

This is free on government, free enterprise, private sector as an engine of growth and now we can apply the quality issues required to step up to the international plate. I don't think we need all the fuss we are going through now, and Government must learn to not get stuck in a groove of free because a previous proposal was initially debated.

We have the money. We can all see how a section of our society has plundered for themselves and their families, impoverishing Ghana in the process and making it look as if we cannot do a simple thing like provide education for our children.

So what are the chances that this NPP government will not also eventually succumb to the open loopholes in the system? It has been too easy with too many examples on display to show how easy it is to steal a few millions in Ghana. What we still cannot show are examples to deter theft, the eventual jailing and termination of criminals. We are removing them from positions they are ready to leave anyway. The loot is stashed away, mansions built and children educated in prestigious schools outside Ghana. What they are not prepared for is a spell in jail and unfortunately that does not seem to be on the menu.