Is It Okay To Merely Repair The Broken Relationship Among EC Commissioners? 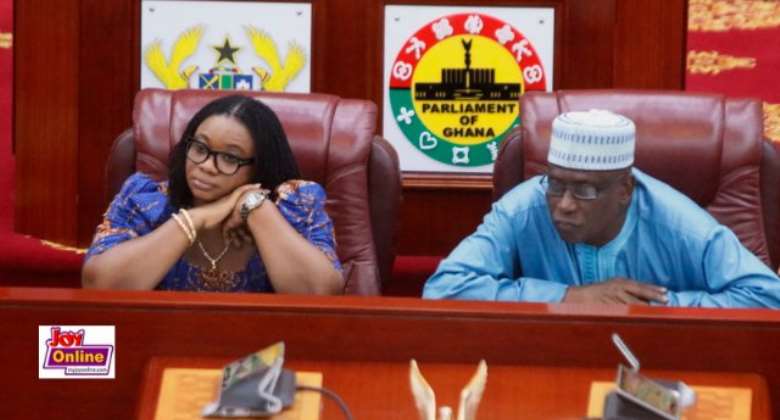 All over the world, it happens from time to time that the relationship between work colleagues become sour. Just like any damaged relationship, some of the professional relationship broken down can be repaired but it comes to a point that there is no benefit of repairing some broken relationship as that will cause more problems. Since the animosity between Ms Charlotte Osei and her two deputies became public, several people have offered different opinion. Some have asked different people or bodies such as the President, the Peace Council and etc. to try to resolve their differences while others have suggested for their resignation and/or impeachment.

In my view, it is not adequate for the issue to be resolved merely by trying to settle their differences because some of the accusations and counter accusations that have come into light border on criminality and they need to be investigated. If any of them are found to be culprit of the allegations the person must face the full rigours of the law.

Second, it appears the working relationship between Ms Charlotte Osei and her two deputies have broken beyond repair and therefore any attempt to repair them may only be a temporal and superficial measure and the core issue of mistrust will always persist and may affect the work of the EC Office in the long term. For example, in October 2016, the then Solicitor-General of Australia, Mr Justin Gleeson resigned from his $730,000 position, claiming his relationship with the Attorney-General, Mr George Brandis was "irretrievably broken" (see http://www.abc.net.au/news/2016-10-24/justin-gleeson-resigns-as-solicitor-general/7960632 ). Of course that was Australia and not Ghana.

Interestingly, some of the factors that caused the relationship of the first and second highest law officers in Australia to breakdown are similar to those that are happening among the Commissioners in the EC. For example, the then Solicitor-General of Australia criticised the Attorney General publicly that he was not consulted on anti-terrorism citizenship and other laws. He also cited a decision to block him from providing legal advice to members of the Government without the permission of the Attorney-General as another reason.

In my view, the issues that have been revealed by Ms Charlotte Osei and her deputies appear far worse than those that caused the Australian Solicitor-General to resign from office. While the Commissioners mistrusted each other, the public accusation and counter accusation has obviously worsen their relationship. It appears therefore that no matter the effort used to resolve their differences, they will continue to mistrust each other. In that circumstance, how are they going to perform their duties efficiently? In fact, if care is not taken the events that have unfolded will cause a long-term damage to the Electoral Commission and in the short and medium terms, the Office will be dysfunctional.

Meanwhile, it is important to mention that each of the feuding Commissioners may have their own support from the EC staff including the other senior officers. According, the mistrust is not limited to the fighting ones but all other staff. This has also the potential to affect the morale of the staff, as one does not know who is watching him or her. Lack of trust among leadership affects a whole organisation. So, I believe strongly that the issues that have come out have to be investigated thoroughly before any good action can be taken.

However even if all of them are exonerated, I think it will be wrong for all of them to continue to work in the same office because they will continue to mistrust each other. Thus, negotiating and transferring some to other government departments may be the right thing to do.

The politics of the matter
As usual, some senior NDC members have accused NPP as being behind the petition to impeach Ms Charlotte Osei. However, the events that have unfolded show clearly that the problem is neither NPP nor NDC issue; it is simply a clash between the Commissioners and perhaps, their alleged corrupt activities playing out against each other. It is therefore sad that some NDC members are accusing NPP of the cause of the petition instead of allowing the law to run its cause. In fact, since Ms Osei revealed her response confirming the serious animosity between her and the deputies, anyone who still continues to read politics into the issue appears dishonest. But that is not strange as it is typical of NDC.

You should've looked for concert house for that meeting, I'm...
55 minutes ago