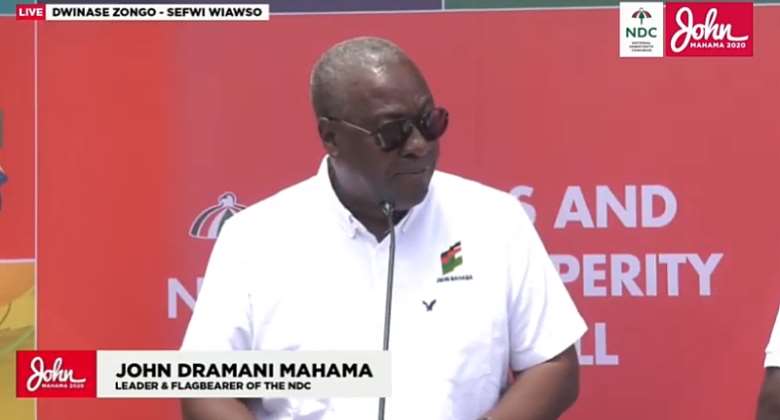 On the 30 December 2020, Mr Mahama lodged a petition at the Supreme Court of Ghana (the Petition) that none of the presidential candidates achieved more than 50% of the valid votes cast in the 2020 elections.

The Petition is seeking among others:

Mr Mahama indicated in the Petition that due to the inconsistency in the declaration of the presidential election results by Mrs Jean Mensa (the Chairperson of the EC), the EC contravened articles 23 and 296(a) and(b) of the Ghana Constitution by acting arbitrary and not been fair to him.

The EC declared on 9 December 2020 that Nana Akuffo Addo had won the elections by achieving 6,730,413 (51.3%) of the 13,434,573 valid votes cast compared with 6,214,889 (47.37%) achieved by Mr Mahama. The EC declaration excluded the result of Tachiman South constituency, but explained that if the 128,018 entire registered voters in the constituency were added to Mr Mahama’s votes, Nana Addo would still achieve more than 50% of the total valid votes cast.

The EC issued a statement subsequently that it inadvertently used 13,433,573 as the total valid votes cast, the correct figure should have been 13,119,460 (excluding Tachiman South), as the figure (13,433,573) previously disclosed included rejected votes.

The EC clarified further that the proportion of the total valid votes of 51.3% and 47.37%, which Nana Addo and Mr Mahama received respectively were not affected because they were based on the restated (correct) total valid votes cast of 13,119,460 (excluding Tachiman South).

The Basis of Mr Mahama’s Petition

Mr Mahama claims in the Petition that:

The problem with Mr Mahama’s argument is that using the 13,121,111 as the total valid votes cast (without Tachiman South) does not change the outcome of the elections as Nana Addo still achieves 51.295%, just a slight reduction from 51.301%, the EC disclosed.

Based on the foregoing analysis, Nana Addo genuinely won the elections and the EC did not breach any of the articles 63(3)(4) and (5), 23 and 296(a) and (b) of the Ghana Constitution just because of the unintentional error in the disclosure Mrs Jean Mensa made.

It is shocking that Mr Mahama is exploiting the unintentional error that the EC made in her declaration (which has been rectified) to claim that no one won the elections. There is an accounting/legal doctrine (i.e. Substance over Form) which prescribes that the substance rather than the technical form of a transaction governs the true nature of a transaction. Similarly, the unintentional error in the presentation made by the EC (subsequently corrected) cannot override the actual results of the elections.

In any case, while Mr Mahama is accusing the EC of making an unfair and arbitrary decision because of the presentation error, his own Petition prepared by several lawyers contain basic errors including:

Accordingly, Mr Mahama and his NDC members are acting preposterously and recklessly, knowing very well that he lost the elections.