The Leadership to Avoid O My people! 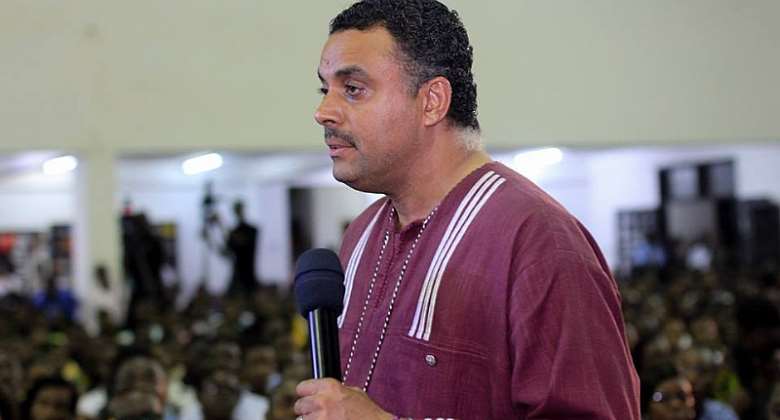 Their oppressors are children, and WOMEN RULE OVER THEM. O My people! Those who guide you lead you astray, and confuse the direction of your paths.

Isaiah 3:12 (NASB)
Everything depends on leadership. Therefore, study leadership, understand leadership and practice appropriate principles of leadership otherwise you may lead people with the mind of a woman. Of course, a woman who is tempered by the Holy Spirit will exhibit some good characteristics. However, the verse suggests that there is something wrong with being under the leadership of a woman. Women are more prone to certain things just as men are more prone to others. Women tend to have certain characteristics that are contrary to leadership. Let us look at the leadership features relating to women, which we must avoid.

THE 'LEADERSHIP OF A WOMAN' IS CHARACTERIZED BY PETTINESS AND QUARRELS.

And now I want to plead with those two women, Euodia and Syntyche. Please, because you belong to the Lord, settle your disagreement. And I ask you, my true teammate, to help these women, for they worked hard with me in telling others the Good News. And they worked with Clement and the rest of my co-workers, whose names are written in the Book of Life.

Philippians 4:2-3 (NLT)
The “negative characteristics of a woman” can color everything you do. A woman whose mind is uncontrolled and unrefined by the Holy Spirit and the Word of God has her thoughts dominated by pettiness. You will notice how these “women” leaders debate over irrelevant issues whilst the main issues lie untouched.

I know one third world nation that built an official palace and quarreled for months over whether to call it Anniversary Castle or Whitehouse Palace. I also know another nation where a presidential castle was built and the incoming government refused to use it because their opponents built it. For John had said unto Herod, It is not lawful for thee to have thy brother's wife. Therefore HERODIAS HAD A QUARREL AGAINST HIM and would have killed him, but she could not:

Mark 6:18-19
A woman whose mind is uncontrolled and unrefined by the Holy Spirit and the Word of God has her thoughts characterized by contention. Leaders with these characteristics are constantly in strife over one issue or another.

2. THE 'LEADERSHIP OF A WOMAN' IS CHARACTERIZED BY JEALOUSY.

2 Corinthians 12:20 (NLT)
For he knew that the chief priests had delivered him for envy.

Mark 15:10
A woman whose mind is uncontrolled and unrefined by the Holy Spirit and the Word of God has her thoughts characterized by jealousy. A leader who operates like a woman tends to be driven by jealousy. Nations that are governed by women leaders have policies driven by jealousy. Rich people are hounded out of the nation and made to suffer because they are wealthy. In such nations, the wealthy have to hide their wealth to escape the wrath of jealousy.

3. THE 'LEADERSHIP OF A WOMAN' IS CHARACTERIZED BY THE MISUSE OF POWER AND AUTHORITY.

And she wrote in the letters, saying, proclaim a fast, and set Naboth on high among the people:

And set two men, sons of Belial, before him, to bear witness against him, saying, Thou didst blaspheme God and the king. And then carry him out, and stone him, that he may die.

And there came in two men, children of Belial, and sat before him: and the men of Belial witnessed against him, even against Naboth, in the presence of the people, saying, Naboth did blaspheme God and the king. Then they carried him forth out of the city and stoned him with stones, that he died. Then they sent to Jezebel, saying, Naboth is stoned, and is dead.

And it came to pass when Jezebel heard that Naboth was stoned, and was dead, that Jezebel said to Ahab, Arise, take possession of the vineyard of Naboth the Jezreelite, which he refused to give thee for money: for Naboth is not alive, but dead.

And it came to pass when Ahab heard that Naboth was dead, that Ahab rose up to go down to the vineyard of Naboth the Jezreelite, to take possession of it.

1 Kings 21:9-16
A woman whose mind is uncontrolled and unrefined by the Holy Spirit and the Word of God has her thoughts characterized by the misuse of power and authority. A leader who practices the 'leadership of a woman' tends to misuse his power. Let us avoid this type of leadership.

The Art of Leadership
By Dag Heward-Mills
[email protected]