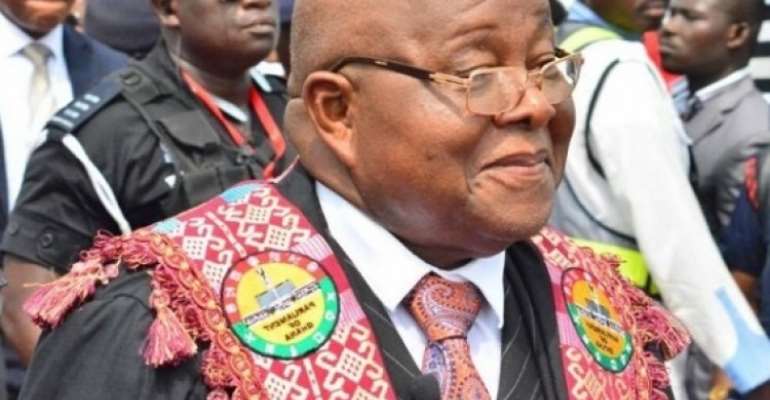 “We reject any attempts to prescribe new rights that are contrary to our values, norms, traditions and beliefs. We are not gays”. – Robert Mugabe

“If you do it in Gambia, I will slit your throat. If you are a man and want to marry another man and we catch you, no one will ever set eyes on you again and no white man can do anything about it.”- Ex-President Yahya Jammeh

“No one can deny Prime Minister Cameroun his right to make policies, take initiatives or make statements that reflects his societal norms and Ideals but he does not have to direct other sovereign nations as to what they should do especially when their societal norms and ideals are different from those which exist in Prime Minister’s society.”- Late President Mills

“They are disgusting. What sort of people are they? I never knew they are doing. I have been told recently that what they do is terrible. Disgusting. But I was ready to ignore that if there was a proof that that’s how he is born, abnormal. But now the proof is not there.” – Yoweri Museveni

Above are unequivocal and non-contradictory statements of some late, past and current African leaders. Homosexuality is a repugnant act on the continent! Simple and straight forward to any outsider hoping to infect us with this ‘Ebola virus’.

“Same-sex marriage is an abomination”. This was a headline of a news item on Ghanaweb on 21st February, 2017. It allured me to open and read to know the one who was bold and brave to make such a gutsy statement. Lo and behold, it was our speaker of parliament, Professor Aaron Mike Oquaye. I was exceedingly gay to have read that not because he was against what was uncharacteristic of Ghanaian culture and the African culture at large but he spoke with conviction as though no amount words from a Whiteman at Scotland could convince him to eat back his words. Homosexuality is not only an abomination but an abhorrent, loathsome, horrendous and a nasty act which should not be allowed into the Ghanaian culture in the name of liberalization or for the sake of Ghana being praised as a country with much respect for human rights. No human being or an international organization with local chapters should be placated with legalization of same-sex marriage!

Homosexuality is met with iron-handed punishments in some countries on the continent. Countries like Tanzania, Uganda, Nigeria and Robert Mugabe’s Zimbabwe regards homosexuality as a grievous sin and the sinners merit crucifixion on the cross as punishments. I will be delighted to see Ghana become one of such countries. We need much-tougher legislation on this, pronto, to serve as a deterrent to any homosexual hopeful in the country. The laws of many countries are taciturn on the matter because of donor support. They don’t want aids to be cut off! In as much as I can’t blame those countries but it is equally essential to state that ‘a poor man will never eat grass.’ No amount of dollars or euros should be able to buy your conscience or cajole you and make you throw your culture into a trashcan in exchange of one that is at variance in totality with your societal values. My elders put it bluntly: if you are hungry does not mean you should fall into a pot of Tuo Zaafi still cooking on fire.

There is no culture or religion in Ghana that do not consider this act as barbarian and absurd. All you will hear from the Lesbian, Gay, Bisexual and Transgender(LGBT) community is that, everyone should be accord with some level of tolerance with any sexual orientation he or she is pleased with for a harmonious living. Yes! The human being should have rights but not those rights that are inimical to the moral fabric of society. Trace the history of this act to the Qur’an and the Bible and you will realize that those who were engaged in it were severely punished in the end. I can see you speak to yourself that - “The African is at it again! These people and religion, that’s why they are retrogressing and wallowing in the pool abject poverty.” Yes! They are still religious in that state of poverty but with surefooted morals. I am very religious but not notoriously religious. I do not succumb to religious beliefs blindly. Many at times, what my religion is against is also needless in society and homosexuality, undoubtedly is one of them. Haven’t you been seeing that beautiful girl in church on every Sunday who always motivates you to dress well or that beautiful damsel who is capable of “sharing your attention with God” during Eid prayers or that handsome and caring man with the gentle haircut you will love to have as a husband or when others are different, you want to be exceptionally different in the name of human rights? Otherwise, homosexuality is scientifically disproved!

Why even the proposal of this nocuous and pernicious act on Africa? Is it that we are gullible or we are the continent suffering a lot in the midst plenty as a result of mismanagement by our leaders? If the continent was rich like it was blessed, no amount of dollars or pounds Sterling from a homosexual could have bought the conscience of anyone. I have always believed not all the behavior of the whites are worth imitating unaltered. But some of us failed to recognize this fact .Some elements of their behavior are not just morally sane. Why should another woman be allowed to marry her colleague woman or a man marrying another man? It is ludicrous! Because all along, I have been learning that marriage is a union between a man and a woman. The funniest part of it is that, the western leaders who always join and lead this bandwagon are happily married to women with children. Present in the meeting for proposal of this barbaric act maybe the wife, the children and the proponent.

Folks, can you imagine that prostitution is illegal in the united states whereas homosexuality is not? It is illegal because of state laws and not federal laws. However, Prostitution is legal in some rural parts of Nevada. Whether state laws or federal laws, what is abnormal is still abnormal. The logic applied in criminalizing prostitution should have been reapplied in criminalizing homosexuality. Ireland, a country to join the comity of nations in legalizing same sex marriage has not also seen prostitution as an illegality in itself but the activities associated with it like operation of brothels and forms of pimping. In this two instances, you can clearly see the double standards in making something that is bad look attractive and at the same time making something bad look unattractive.

Rtd Honourabe speaker, I was extremely glad to read that and I pray that you continue to be consistently consistent with this conviction irrespective of whether President Akuffo Addo will be heckled and accused of presiding over a country that do not respect the rights of gays by a Scottish parliament or Irish parliament in the future or not!

To those that dictates to sovereign nations what they should accept and reject in the name of human rights: If you find it so attractive and consistent with your morals, then continue to practice it happily but don’t try to force it on the moral teachings of those who find it inconsistent . Homosexuality is a devilish act and as such should be met with opprobium! Before you start firing salvos at me, just imagine that what if the father and mother of this foolish and homophobic writer did not give birth to him, could he have written in the first place to deserve this insults I am about to heap on him?