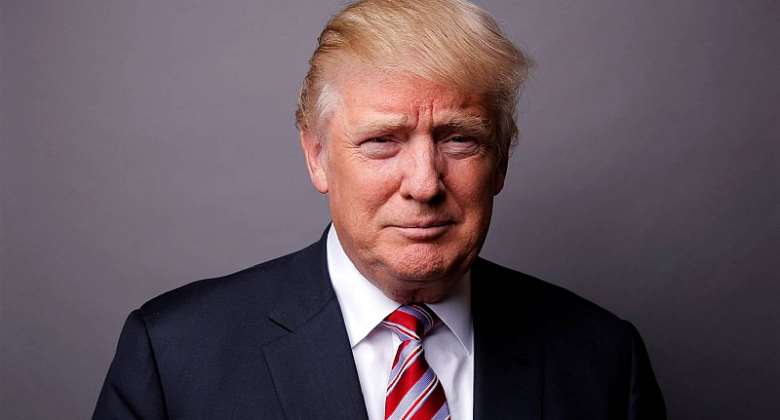 These are perilous times. Perilous for America and consequently, perilous for the entire world.

America now has a sitting president who obviously speaks before he thinks? A president who makes most provocative statements without thoughtful analyses and without requisite expert counsel?

He is equally generous with his caustic criticisms and generalizations against American intelligence agencies, in the same way he generalizes about pretty much else.

President Trump apparently intend to govern America through his Twitter unarticulated commentaries in response to profound policy positions by leaders of other nations and policy wonks. Trump’s post-inauguration address and antics from January 20, 2017 through February 20, 2017 is proof positive!

Trump has been controversial and scandalous in his words, actions, pronouncements and twitter-feeds!

Donald Trump have tended to turn logic on its head with each pronouncement which are now routinely opposites of responsible conversations by a potentate American political leader.

As candidate, Mr. Trump engaged in pugnacious rhetoric and no reasonable persons, American, Asian or African or European expected Trump as president to actually follow-through with his boasts, threats and belligerence of his electioneering campaigns, after his election gimmickries culminating in his victory.

Trump as president has continue to disavow, denounce and repudiate multilateralism, and globalization in favor of his isolationist so-called America First!

President Trump is wildly popular with his political base, there is no doubt, but, it must be borne in mind that Adolf Hitler of the Third Reich was vigorously supported as a popular political “leader” in Germany before, and during the wars he imposed on Germany, and eventually, the entire world.

We should all be asking ourselves, as citizens of the world, whether history about to repeat itself? Is World War III next? Is President Trump flippantly and mindlessly taking the world to the precipice?

President Trump talks about Iran, as if he will soon invade and occupy Iran to effect regime change and forbid Iran's centrifuges and any modicum of Nuclear technology efforts!

President Trump is faithful to his comedic election campaigns promises so far; on South China Sea, he has deployed an American Aircraft Carrier to illustrate aggressive gunboat diplomacy disposition, while shouting his disregard for a tried and true, one-China policy which the Americans have practiced for decades as a diplomatic détente with mainland China.

President Trump in public, have cavalierly made pronouncements regarding the intractable and internecine profound Middle East core of all crises, peace between Israel and Palestine, also dubbed the two-states-solution.

The 45th president of the United States of America was tongue-tied as he attempted to articulate his administration’s policy regarding Israel and Palestine, he spoke mostly incoherently, and with a wink and nod, assured Israel’s Prime Minister, Benyamin Netanyahu that they can do whatever they with Palestine lands, but must refrain from announcing it. Telling Israel to stop announcements settlement expansions, but perhaps should continue doing so?

President Trump’s incoherent and confused press conference with Prime Minister of Israel, should not be confused with the clear pronouncements and stance of the United Nations Organization on the fact that Israel expansion of Settlement offends International Law and countless UN Resolutions supported by a plurality of nations on earth.

President Trump has repeatedly and giddily made sundry pronouncements which, if, and when pursued to logical conclusions would lead to Trade Wars with China. He campaigned that as president, he would slap 45% tariff on goods arriving into the United States from China. Trump has so far, been faithful or has attempted to be faithful to his election promises made to his core supporters.

President Trump has killed the Trans-Pacific Partnership, which was intended to promote trade, mercantile and vigorous commercial interactions between the United States, Japan, and Australia etc.

President Trump has repeatedly derided the North American Free Trade Agreement, NAFTA, just as he has threatened to dismantle NAFTA, without regard to the concerns of all other member nations!

On Immigration, he issued Executive Orders against seven Muslim nations as failed nation-states and as incubators of terrorists.

Donald J. Trump, has undertaken to build a xenophobic wall between America and Mexico, I do believe that this is impossible, unless and until, Trump’s America invades and occupies Mexico, he installs a president of his choice, at his becks and calls, as Mexicans in his estimation, will remain docile!

President Trump says Japan needs to ready herself for the withdrawal of American troops and that Japan should fun her own defense, then, President Trump is one hundred percent behind Japan as Prime Minister Shinzo Abe visits President Trump.

President Trump is anti NATO anti EU in his rhetoric during the electioneering campaigns and since his inauguration on January 20, 2017 to the chagrin of traditional allies, friends and partners of the United States of America.

President Trump is the apostle of De-globalization, protection and isolationism. His a passionate Free Trade apostate businessman turned president of America!

It was reasonable and every reasonable person believed Donald J. Trump in his electioneering puffing and braggadocios, but, it is no longer reasonable or acceptable for President Trump to continue his diatribes and dangerous pandering to a minority of American citizens, while risking setting the world on unquenchable inferno.

Donald John Trump’s declarations are analogous of a man pandering to a dangerous lynch mob. Trump as such, has been preaching to the emotions and sentiments of ultra conservative simpletons, Donald Trump is a demagogue.

Trump is the sitting president of the United States of America, and as such, his pronouncement(s) are supposed to be meaningful, carry the full-faith and credit of America, but alas, anyone who takes Trump’s vacuous declarations literarily harvests Armageddon! Will this be our global fate?

Trump is a rabble rouser with complete disregard for facts. This was clearly illustrated a few days ago, when Trump, president of the United States of America verbally and falsely conjured up and announced a fathom terrorists attack in Sweden.

When he was chastised for not fact-checking or seeking clarifications before making such booboo and ridiculous declarations, he tried to characterize it as fake news, the fake news which he manufactured in the factory and province of the dimwitted.

President Trump is in large measure a comedian, replete with comedy-of-errors, but, this is too important, crucial and critical to be laughable; Trump is certainly dangerous to himself and to us all.

Trump needs to be curbed and must be tamed before he does irreparable harm to America and then, by extension and logical extrapolation, the entire world