Trump Ends the World Order or International System As We Know It! 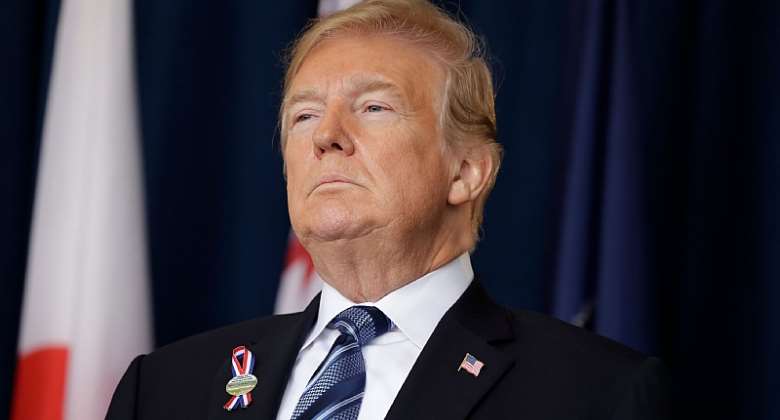 America, with Donald J. Trump as president , has speedily become an isolationist and a very insular inward looking nation which has in the preceding 24 months, ripped apart nearly all multilateral agreements entered into by the United States in the past 30 years.

America, with Trump as president tore up the six nation agreement which established the Iran Nuclear Agreement; Trump also breached the North American Free Trade Agreement (NAFTA) and has additionally, started trade wars and arbitrary imposition of tariffs on so many nations, including nations which were usually considered allies of the United States.

I, and many others, have been critical of the United States in the past for her refusal to be part of the International Criminal Court, from its creation or establishment.

The very idea of the ICC is profoundly laudable. But, that wonderful idea or rationale is rubbished when one of the originators or progenitors, the United States, refuses to support it, refuses to have her citizens become subject to, or amenable to the jurisdictions of the ICC!

American Foreign Policy is often masked and rubbished by the fact that it is too often based, not in clear, obvious and apparent logic, but, instead on hypocrisy, double standards and nauseating expediencies .

America frequently undermines her global stance with illogicality and subjectivity! America and others pursued Milosevic, Charles Taylor etc relentlessly, and they were jailed, but, meanwhile, Americans and Israelis accused of War Crimes are shielded and protected .... this, even though the ICC is established by over 100 nations members of the United Nations.

John Bolton has now pronounced the ICC dangerous and ineffective! Why should Milosevic or Charles Taylor then remain in jail? Why should anyone from Darfur Sudan or Syria, Yemen or Afghanistan be subject to the ICC?

Why should Liberia, Yugoslavia or Somalia respect and subject her citizens to War Crimes at ICC, but, Americans suspected or accused of War Crimes enjoy protection and immunity from prosecution?

In this warped logic being promoted by John Bolton on behalf of Trump's America, the irresistible conclusion is that American citizens, soldiers and civilians can do no wrong and that members of the American military are incapable of committing war crimes.

The history of American military engagements or wars overseas, has established this silly logic as a boldfaced lie. Vietnam My Lai or https://en.wikipedia.org/wiki/My_Lai_Massacre Mai Lai massacre, the atrocities committed by American soldiers in the pursuit of Aideed in Somalia (a)https://newleftreview.org/…/alex-de-waal-us-war-crimes-in-s… (b)https://www.hrw.org/…/so…/war-crimes-and-devastation-somalia and https://www.newyorker.com/…/2004/05/10/torture-at-abu-ghraib . The Abu Ghraib Prison torture and abuse suggests loudly, that John Bolton lives in an alternate universe !

In an ideal world, the American military could have had charges brought against them in Vietnam, Iraq, Somalia and in Afghanistan etc.

Many Americans and well-meaning others believe that the fundamentals of American systems are strong, and able to self-renew or self-cleanse America from aberrations such as Donald Trump and John Bolton.

Otherwise, it is has become glaringly clear that the current American government is leading America and by extension, the whole world, astray and onto the precipitous chaotic global collapse!