The Omoyele Sowore that I know 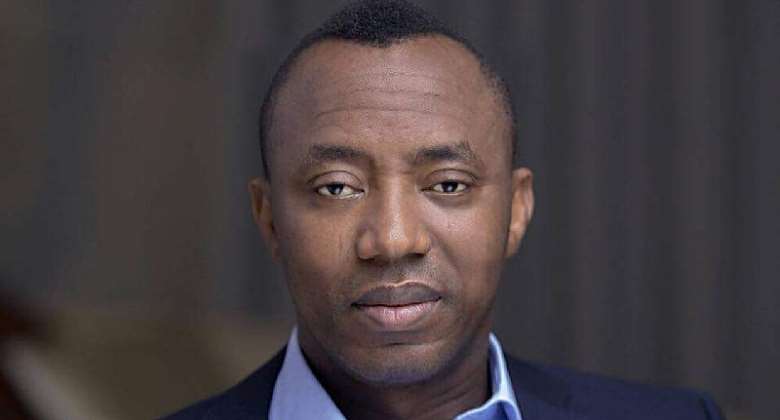 The Sowore I know is not a charlatan, nor a fraudster. He has no corrupt bone in his body. The Sowore who I met and respected in New York City, is a man who wishes all Nigerians and Nigeria the best of everything!

He is enthusiastic about the endless possibilities for our nation, and so, Sowore , like many, who love Nigeria, has become tired of squandered opportunities.

Sowore is a strong believer in a constitutional Democratic government and as proof, he has spent the bulk of his adult life so far, in the pursuit of tenets, traditions and conventions of all of those things which make nations democratic, and better for all citizens.

As a democrat, a constitutionalist, a lawyer, and above all, as a patriot, I would not hesitate to condemn and be critical of any person, Nigerian or not, if such a person were anti democratic, violent, or worse, a terrorist.

Omoyele Sowore is an active, restless, enthusiastic, boisterous, exuberant and relentless advocate of Nigerians' common and public good . He is everything, but, certainly not a violent terrorist.

Sowore's known public record is in fact sufficient and stands alone to adequately address what he stands for and has been advocating from his undergraduate day at University of Lagos, a period which can best be described as tumultuous and politically charged.

Even though I was not in Nigeria at the time, I was keenly aware and thoroughly familiar with the roles played by some individuals and organizations in Nigeria.

I met Omoyele Sowore in New York City in the 1990s and his ideas about Nigeria were very clear. He was at the core of Nigerian organizations such as the Nigerian Liberty Forum, Nigerian Peoples' Parliament and many others.

In many of our deliberations, he was fierce and fiery. He was often clear why Nigerians should no longer wait, and cannot wait anymore for Nigerian development and advancement to take place!

When he participated in the Nigerian presidential election which was held earlier this year, I watched from afar, the outcome, which was, like Nigerian elections tend to be, predictable. Consequently, I merely watched every one of the nearly 100 currently registered political parties compete, some without objectives, mission or even a manifesto.

After the presidential elections and the declaration of a winner, Nigeria appeared to have returned to business as usual. A majority of the also-ran candidates literally disappeared from public view.

Then, as already stated, Sowore is unapologetically relentless. He is full of boundless energies and exuberantly enthusiastic.

Perhaps, a Peaceful Anarchist! But, averse to violence and terrorism!

He is impatient in a good way! And, as a result, the lull upon the conclusions of the Nigerian general elections did not last long for Mr. Omoyele Sowore. Nothing anywhere in Nigeria was happening or changing fast.

Then came the announcement, that Sowore would coordinate and lead a nationwide protest tagged "#RevolutionNow" even though this singular act eventually prompted the Nigerian government to arrest him in Lagos and fly him to the Federal Capital Territory, Abuja, the seat of the Federal Government of Nigeria.

Agencies of government sought and obtained a detention order from the courts. In doing so, the Nigerian federal government acted within its right to maintain law and order, the security of lives and properties, which is the predicate and imperative of any good government.

But, it must be said that, Sowore was not violent. He and his supporters have not been found with arms, ammunitions, or weapons of war. There was a risk, in a worst case scenario, that protests and some protesters could become unruly, disturb public peace and societal order.

Justice Taiwo Taiwo, apparently gave a worst case scenario interpretation to the application or request by law enforcement, to commit Sowore to a 90 days detention, under a law which focuses on terrorism, real terrorism.

This worst-case scenario interpretation by the judge, enabled him to hear an ex parte motion brought to him by the Nigerian government, as the judge, acted favorably towards the request of government, without an opportunity for Sowore or his lawyers to be heard!

I take the view that there was no cogent, concrete or compelling evidence to enable a judge to conclude that there was clear, present or immediate violence, danger or terroristic inclination or disposition by Sowore and his would be coordinators of #Revolution Now. There are no exigent circumstances necessitating a waiver of Sowore's right to fair hearing or the opportunity to be heard.

Sowore's matter should have been properly heard, based on an issuance of proper notice, and he should have been given adequate time to prepare his own defense,confront government evidence if any, and he could have been thereafter, been required to undertake to indemnify government, against any damage by his protesters.

The Nigerian government in hindsight, may have overreacted and overestimated the #RevolutionNow protest! It now appears that it fizzled out, on its own, and not because of government interruption.

Clearly, our government operatives, may have deployed Howitzers and Riffle Propelled Grenades in search of mosquitoes and sun-flies!

A vibrant, robust and profound opposition are the hallmark of a true democracy. With Sowore's detention, our current federal government has given further ammunition to those who question its democratic credentials regarding free speech and constructive criticisms of government activities in Nigeria.

It is understandable, that our government, any government, would be concerned or worry about would be opportunistic hijackers or mischief makers, who could seize upon a peaceful protest, and create mayhem!

It would have served the current federal government, eminently better, to have left Sowore alone, but watch the protesters with heightened scrutiny, albeit, with attendant additional policing expenses and a day of traffic jam nuisances and irritations.

But instead, this abridgment of Sowore's fundamental right to protest or criticize a democratic government of Nigeria, has lent credence to critics of Nigeria democracy.

Let it be known that Sowore is not aware that I am writing about him. No person or group of persons have solicited my participation or contribution in the demand for his release. It is my belief that Sowore's release is in the public interest and national good.

Everyone, particularly Nigerians, should bear in mind, the indisputable fact that, great societies go bad, when good people are silent in the face of injustice, oppression and avoidable detention!

The Sowore that I know is a good man. Sowore does not pose any threat to public peace. He is not violent, dangerous and above all, he is not a terrorist!

President Muhammadu Buhari should engineer the immediate release of Sowore. It will do Omoyele Sowore some good and it will give Nigerian democracy a better name.

Sowore's immediate release will invariably do lots of good, a whole lot of good for the Federal Government and people of Nigeria!