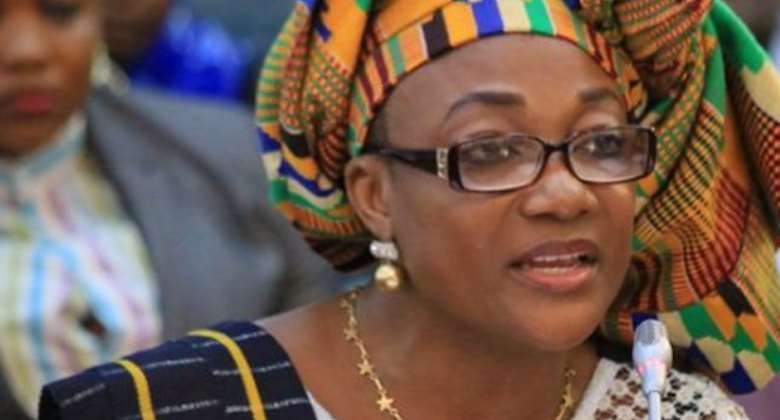 The Minister-designate of Gender, Children and Social Protection Otiko Afisa Djaba has been trending on social media platform Facebook following her appearance before the Appointments Committee in parliament on Monday, 30 January.

Ms Djaba stood by her words during the campaign ahead of the 2016 elections when she described the former president John Mahama as “evil,” “wicked” and “an embarrassment” to the people of northern extraction although minority members on the committee tried to convince her to retract and apologise.

“I don't owe him (Mr Mahama) or you (Alhassan Suhuyini) any apology…” she stated explaining that her comment was in relations to the corruption that engulfed the SADA programme. She insisted she would not apologies because she did not insult the president but was only criticising him.

Before a committee where ones ministerial position was at stake, many would have coiled and apologised in order to get a nod from the members of the panel, but she stood by every statement she had made in the heat of the electioneering.

Ms Djaba further insisted she did not support the Member of Parliament for Assin Central Kennedy Agyapong when he alleged that the Chairperson of the Electoral Commission (EC), Charlotte Osei, had exchanged sex for her appointment. She explained she only asked Ghanaians not to condemn the lawmaker but to investigate the allegation.

Asked by the Member of Parliament for North Tongu Okudzeto Ablakwa how she would assist to make sure intemperate language is not used on radio by politicians, the NPP Women's Organiser retorted that the media should expunge “babies with sharp teeth” from their airwaves.